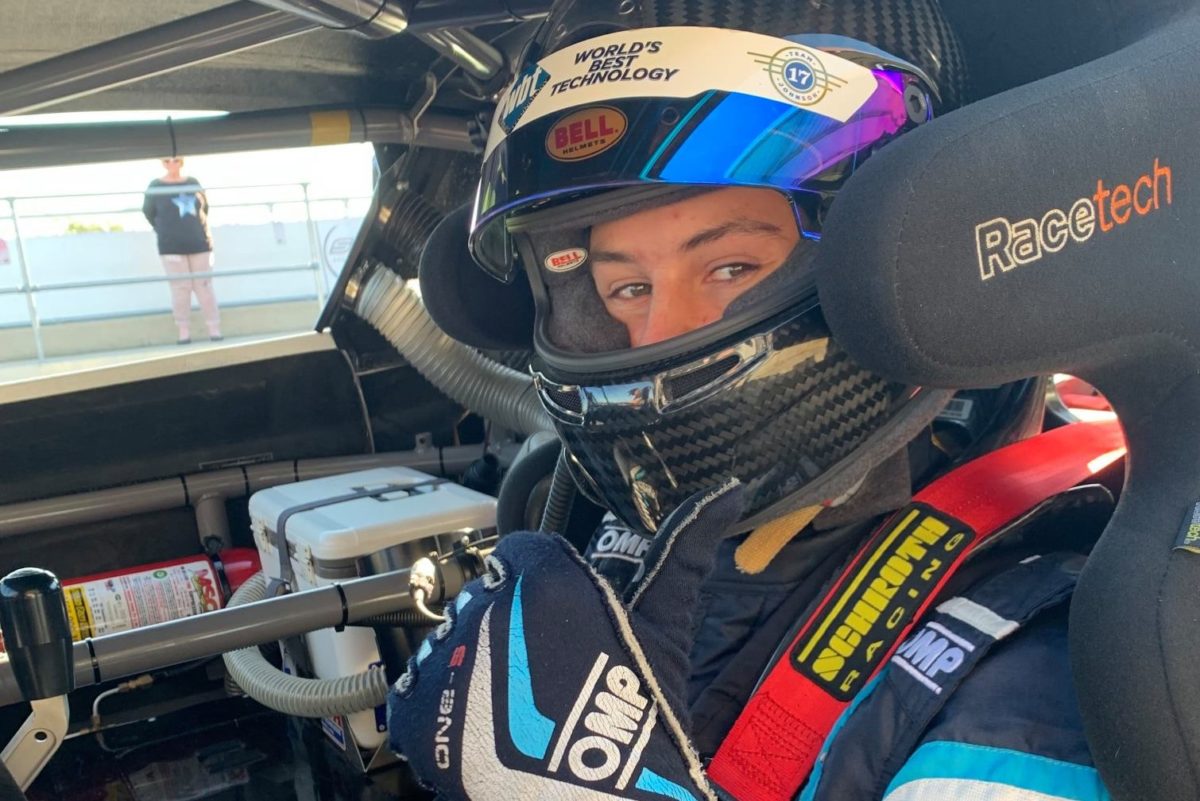 Jett Johnson is moving into the TA2 category, starting with this weekend’s 2 Days of Thunder event at Queensland Raceway.

The third-generation racer has cut his teeth in Excels for almost two years now, but will add a V8-powered category to his resume when he joins the Promaxx Performance Exhausts TA2 Muscle Car Series.

Jett, who will continue to also race Excels, first tested a TA2 car last year and father Steven Johnson believes that the rawness of the category will hold him in good stead for the future.

“The Excels are different – they’re a front-wheel-drive car, the driving style’s not a conventional driving style – so basically I wanted him to get into a car that he had to do everything in,” Steven told Speedcafe.com.

“They’ve got good horsepower but they’re not over-the-top crazy horsepower, and they’ve got a proper race four-speed dogbox gearbox, so you can basically lift it and shift without the clutch, sort of like the old school V8 Supercars.

“Obviously he’s going to need to get used to a much bigger car as well and driving on the left-hand side, which has been really surprising to me, how he’s picked that up so quickly, from when he first had the drive in Karl Beggs’ car to now.

“We’ve been lucky enough to be offered a car by a guy by the name of Warren Wadley, who’s done a bit of TA2 racing himself. He had two cars, we approached him, and he was happy to let Jett run one car and he runs the other car, so it’s just worked out really well for us.”

As for Jett, he approaches his debut this weekend with some trepidation, but is hoping to find his feet as he goes.

“Honestly, I’m pretty nervous about it all,” the 16-year-old told Speedcafe.com.

“First of all, just the car itself is completely different from what I’m used to driving.

“Obviously, it’s actually got a fair bit of horsepower – unlike the Hyundai, which has nothing – it’s rear-wheel-drive, it’s got a lot wider tyres than the Hyundai, it’s got slicks, it weighs almost the same as the Hyundai, so it’s a pretty quick car, which was making me a bit nervous.

“Also, going in, just not knowing what the actual racing is like in the category…

“I’ve only done, really, one full day of practice in the car, but I guess we’ll get there and once I’m driving around everyone else, figuring myself out a little bit more, I’ll be a lot more confident going into the weekend.”

Jett agrees with his father that a TA2 will help him learn the skills that he needs. 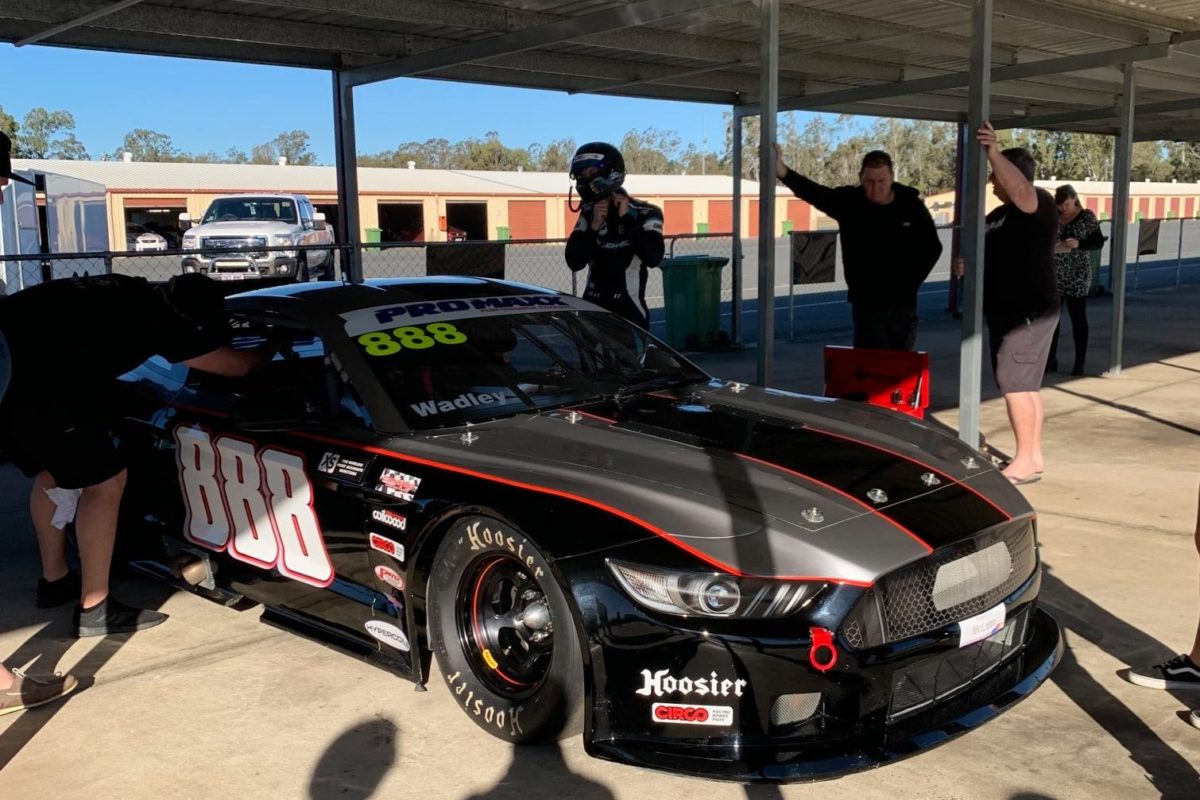 “This is sort of the next step closer to Supercars, so I’ll be in TA2 for a few years,” he added.

“We were looking at Toyota 86s as well but the TA2 we thought was the most logical step moving forwards, as it was more like a Supercar.

“The Toyotas have ABS whereas the TA2’s no traction control, no ABS… It’s just proper driving.”

The 16-year-old reaffirmed that his eyes are on emulating his father and grandfather, Dick, by one day making it to Supercars.

“Obviously, growing up around Supercars, I’ve always wanted to try and get there and now that I’m starting to get closer to that, which I’m really excited for,” remarked Jett.

“So, all I can really do at the moment is keep pushing myself to do the best I can, to try and get the closest I can to a Supercars drive.”

While Jett has thus far tested in Wadley’s black, Mustang-bodied car, a livery of his own is set to be revealed later this week.

The 2 Days of Thunder meeting has been added to the TA2 Muscle Car Series calendar as an additional round of the ‘Northern Series’, after that and the Southern regional option were introduced this year to give competitors options for racing if borders were to become problematic again.

Competitors will have general practice on Friday before the first official practice session on Saturday morning, into qualifying and four 12-lap races across the weekend.

Beyond that event, the TA2 Muscle Car Series is set to continue at Winton on July 16-18.