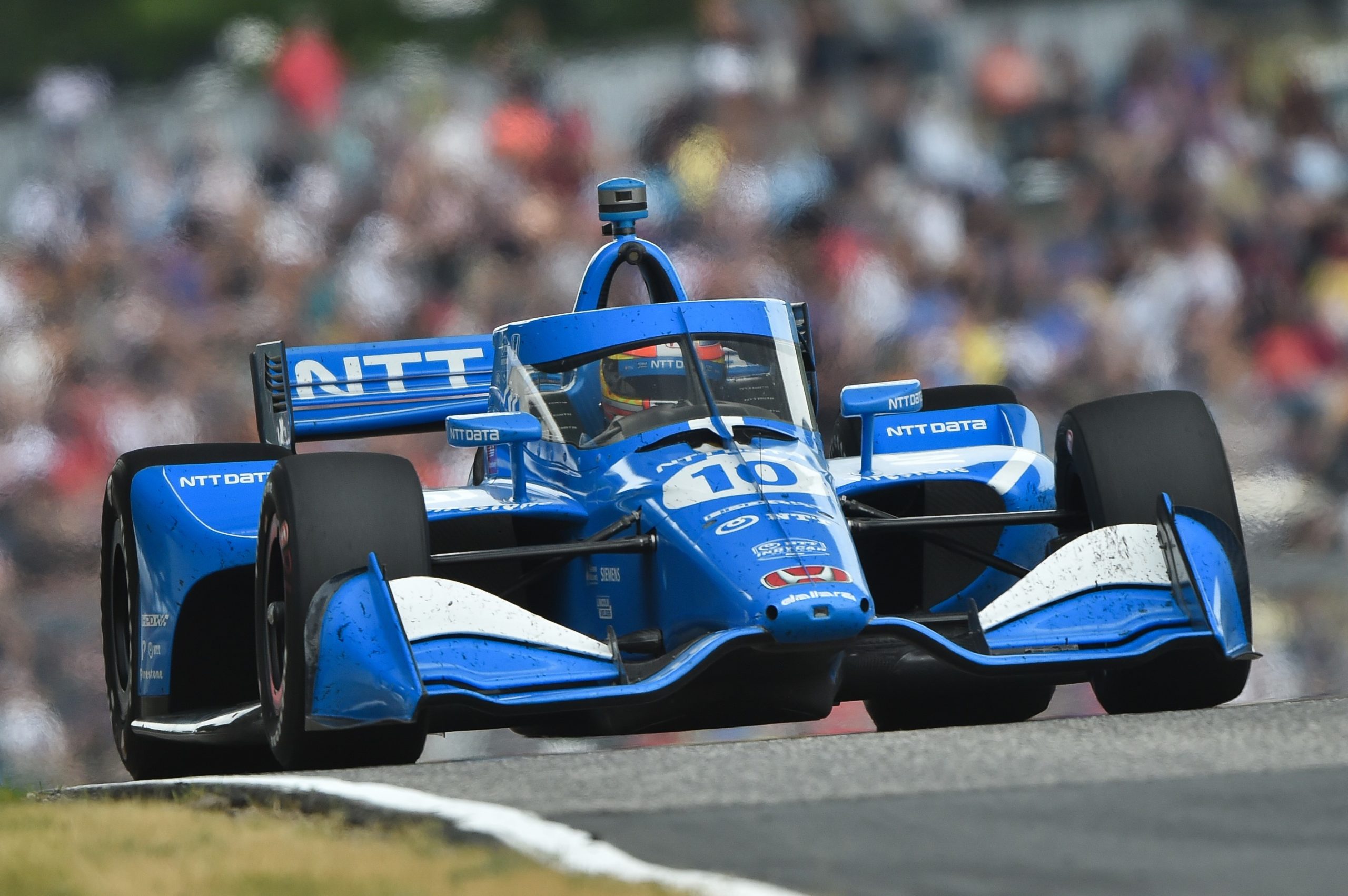 Palou sits atop the standings after claiming his second win this season in a dramatic finish to the latest round at Road America.

In third, and 53 points in arrears of Palou, sits Dixon with one win to his credit.

Dixon has only once finished outside the top 10 this season, though Palou has five podium finishes to the New Zealander’s two.

With seven races remaining, Palou doesn’t anticipate his team-mate will be giving him any help to take the crown.

“I know what I would do if I was in his position, and that wouldn’t help me.

“I think he’s at the point like he won six championships, so he doesn’t have to show anything, and he wants the team to be up there.

“If I go well, he’s going to go well, as well, because that means we have a good car.

“I don’t know if going into the last race and we are matching points, maybe then he’s not going to talk to me, like that would be obvious.

“But yeah, I hope that happens. That would be amazing for the team.”

In what is his second season in the category, Palou said he’s tried to match Dixon’s philosophy of making the most of bad days.

The Spaniard has only twice finished outside the top 10 this season.

“I learned a lot of stuff, and you win championships by winning races and then staying consistent,” said Palou.

“If you have a car to finish second, you finish second. You don’t have to go and try and win that and end up in the fence.

“There’s going to be days where we have a car to finish fifth, and that’s the best we can do, but when we have a chance to win, we have to take that.

“That’s what I think that Scott has been doing for the past years, and he’s the best at it, as we can see.

“It’s tough. It’s tough to be consistent here in IndyCar. It changes so much.

“Just one lap in qualifying can get you from like P15 to Fast Six, and that changes all your race or even one strategy.

“It’s tough to be consistent, but yeah, we’ve been good so far.”

The season resumes at the Mid-Ohio Sports Car Course on July 4.