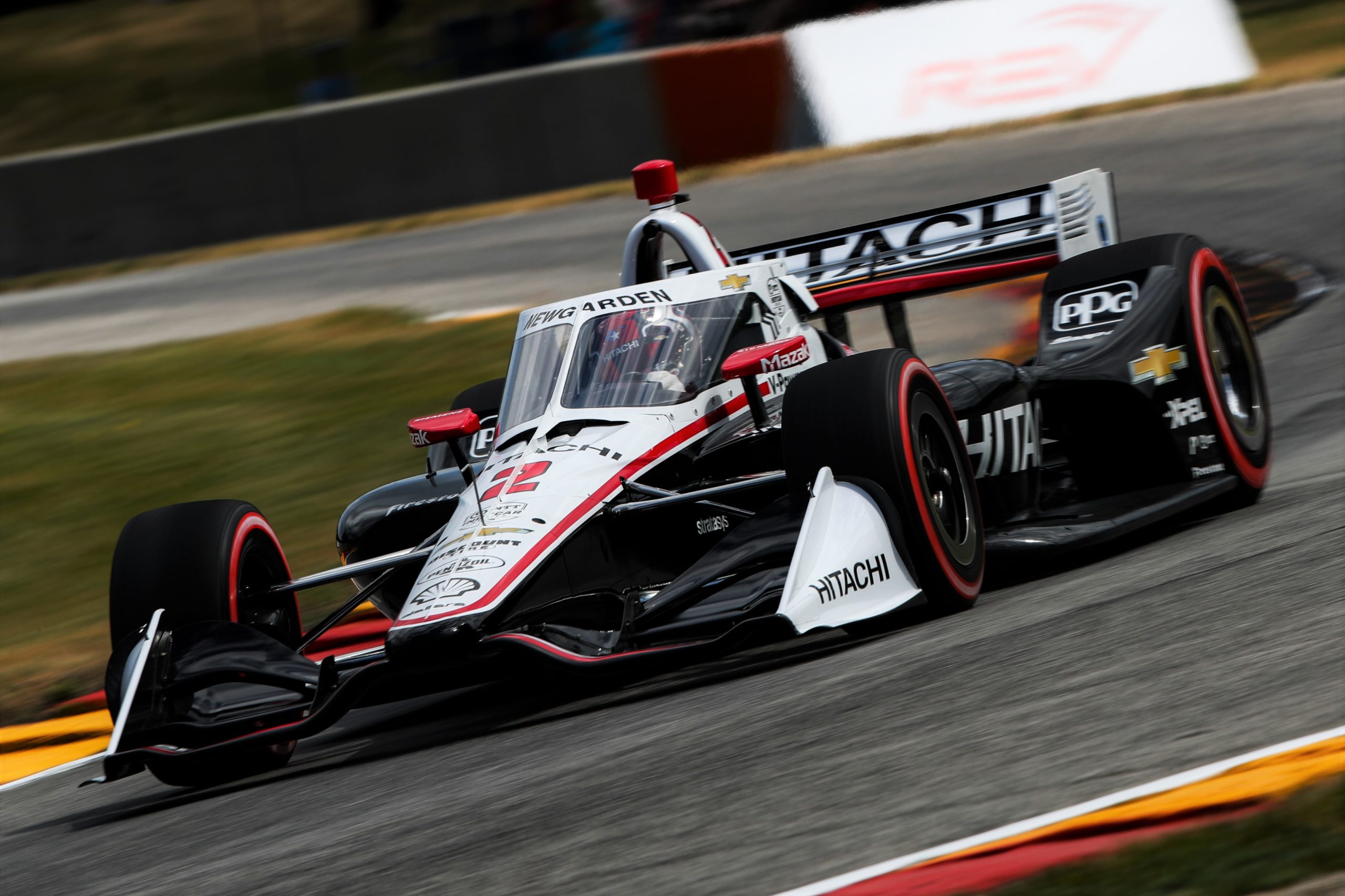 Josef Newgarden came up short for the second IndyCar Series race in a row after the 30-year-old fell foul to technical troubles at Road America despite another dominant display.

The #2 pilot controlled the lion’s share of proceedings in Round 9 of the series, leading more than half of the 55-lap race in Wisconsin.

Newgarden survived several Safety Car interventions, though it was the final run to the green flag with two laps to go which would cost him dearly.

The two-time series winner looked untroubled at the restart until just a few hundred metres before the braking zone when his car suddenly slowed as he tried to pull sixth gear.

With Chip Ganassi Racing’s Alex Palou a few car lengths behind, the young Spaniard swept around the outside to take the lead at Turn 1.

While Palou went on to claim his second win of the season, Newgarden fell to 21st.

It marked the second round in a row that Newgarden was deprived of a win having led late in the piece after McLaren SP driver Pato O’Ward pipped him at the Belle Isle Street Circuit a week earlier.

“I couldn’t get it to shift into sixth gear,” said Newgarden.

“Then I got it stuck in fifth in Turn 1 and finally got it to go down, but just could not get it to upshift after that.

“I got it down to first [gear] essentially. Just trying to stay out of the way after that because I couldn’t get it to upshift after that.

“I’m not sure what happened. Obviously it’s disappointing for all of us. I know we had a great car.

“We had a good car all day and were doing everything we had to do. We were surviving the yellows. Surviving the fuel game.

“We had a rocket ship. Team Chevy did a good job for us. We had such amazing fuel mileage and good power.

It continues an out-of-character winless streak for Team Penske.

After nine rounds, all four of its drivers have claimed podium finishes, Newgarden playing bridesmaid on three occasions already.

“I think we have fast cars, it’s just not working out right now,” said Newgarden, who sits fourth in the standings.

“But now we will claw. We will claw our way back. This is not what I was planning for this day.

“I would have liked for us to be a little closer. But what are we, 88 [points back]? Just a bigger challenge when we go to the next race. We’ll get after it.”

Team-mate Will Power, who was starved of victory in Detroit with an ECU fault, said he’s perplexed by the team’s troubles of late.

“Man, you just don’t know what it is about our team right now,” he said.

“It’s like my thing [in Detroit] was just a switch, just a weird glitch in the system in Detroit, and I don’t know what his was this time.

“Yeah, unbelievable, and maybe it wouldn’t have happened if there wasn’t a restart, but you don’t know.

“I just can’t believe the luck that we’re having as a team right now. It blows my mind.”

The IndyCar Series resumes on July 4 at the Mid-Ohio Sports Car Course, a circuit where Newgarden won at in 2017.