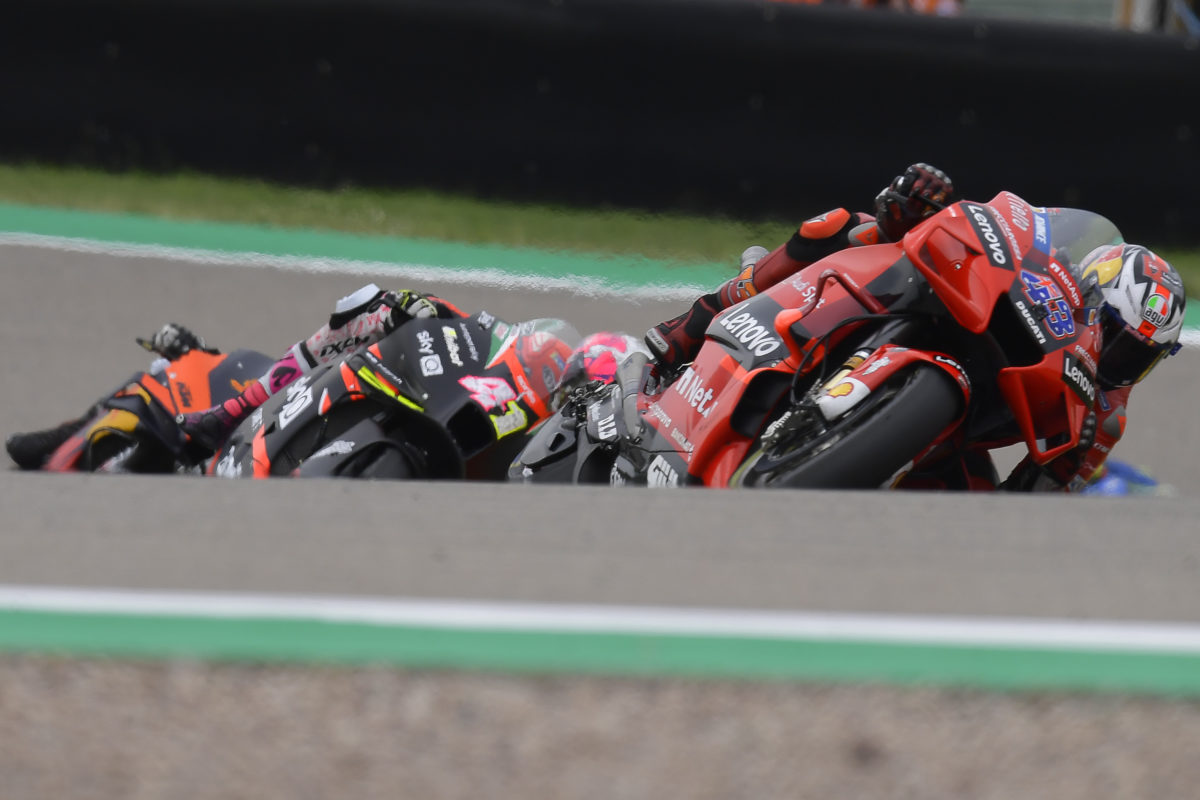 Jack Miller admits he was left frustrated by his ride to sixth position in the German MotoGP.

The Queenslander ran as high as second in the 30-lapper at the Sachsenring but faded due to a lack of grip in the latter stages.

Such was his struggle, he was passed for fifth on the final lap by Ducati Lenovo team-mate Francesco Bagnaia, who had dropped as low as 16th during the contest.

Miller felt that he had actually ridden quite an intelligent race, and could not explain why he ran out of grip.

“For me, it was a frustrating one,” he wrote in his regular post-round column.

“I was managing my tyre well from the beginning of the race, but about a quarter of the way into the race I was switching the maps, I could feel a lot of lateral sliding off-gas and that was something we didn’t really have all weekend.

“From there I was trying to manage it, but by the end I had nothing left on the left-hand side of the tyre.

“I never really pushed incredibly hard in the race, but I didn’t have anything to fight with at the end.

“There’s nothing to regret, I feel like most of my issues today were out of my control.

“I was doing everything I could to manage the tyre and it just wouldn’t stay under me today – it can happen sometimes, and today was one of those times unfortunately.”

Miller had also expressed frustration post-race at Aleix Espargaro, claiming the Aprilia rider was pivotal in the outcome of the race given he allowed eventual winner Marc Marquez to get away.

“I expected more from Germany, I’ll be honest – I felt I had the pace to be right there in contention for the podium, so to finish sixth and fade near the end was a bit disappointing,” he declared.

“But saying that, I’m still third in the championship, and in general I felt I rode a smart race, I don’t feel like I made any mistakes, and I was there or thereabouts the whole time.

“But anyway, today was not my day – and it was most definitely the day of Marc Marquez.”