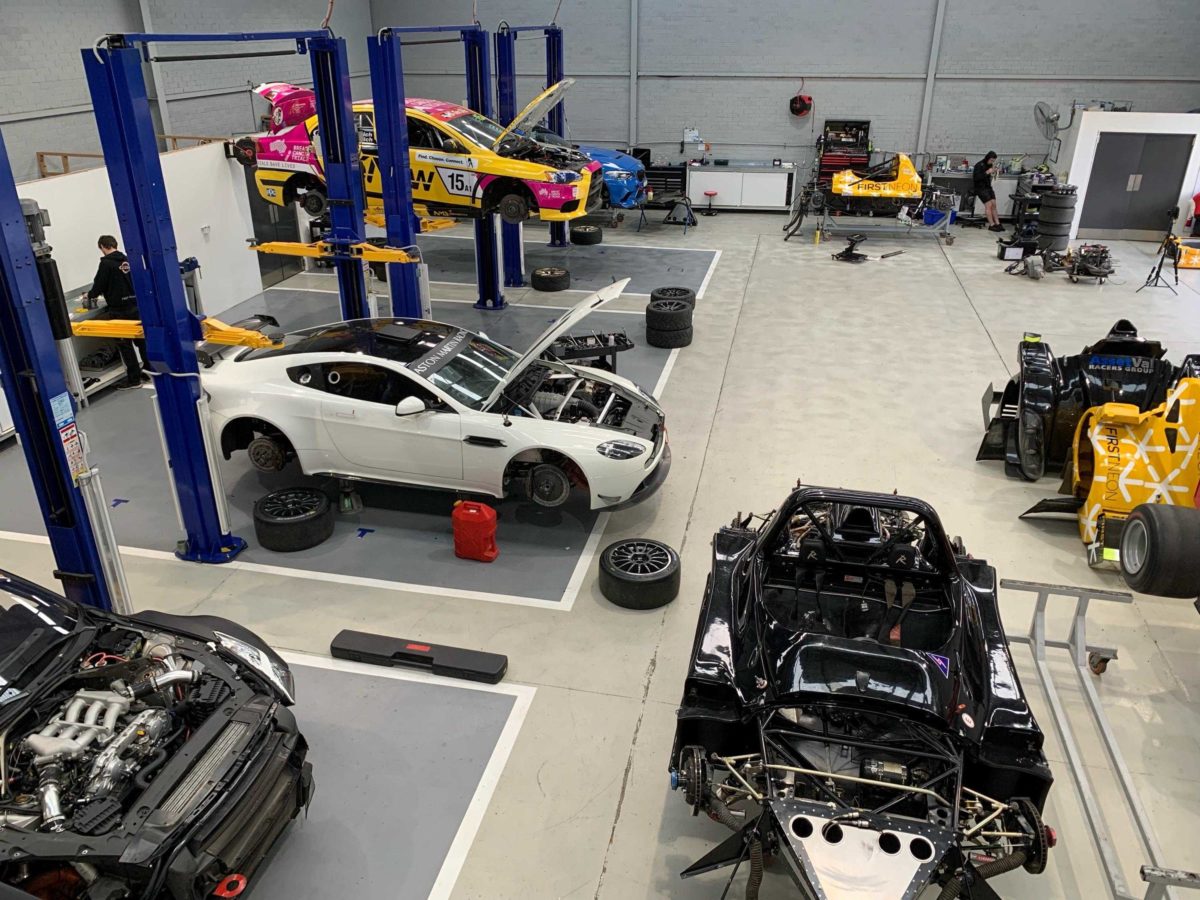 One of the country’s biggest motorsport operations, GWR is currently hunting mechanics to help look after its enormous fleet of racing cars.

Headed by ex-Supercars racer Garth Walden, the operation caters to highly strung GT3 machinery, club level racers, and almost everything in between.

“We’re probably one of the most diverse race teams in the country where we run, we store, and maintain around 30 to 35 race cars,” Walden explained.

“Then we also do some resto work, so we do car builds as well.

“We’re building a production car at the moment, we’ve got an old historic Ralt RT4 we’re doing a ground up rebuild on out as well as the cars.

The diversity on the books offers GWR staff the opportunity to ply their trade across a huge range of motorsport disciplines.

“You’re not sort of stuck with the same car, we try and share all the cars around so everyone gets a bit of a go and, you know, working on something different, so it doesn’t get boring.”

GWR was founded as a way for Walden to continue his involvement in motorsport outside of the driver’s seat.

A mechanic by trade, it’s an extension of his formative years which has given rise to one of the largest racing operations in the country.

“I’ve always been working in this industry now for 25 years,” Walden said.

“Basically, since I was a second-year apprentice, working full-time, and obviously prior to that with my father, it’s the only thing I know.

“I’m a racer at heart and that’s why I started this race team – I always said, If I could make as a driver then I want to be in it.”

Currently, GWR is chasing senior and junior race mechanics, with a particular emphasis on the former.

“We’re looking for a range of people; senior and junior mechanics for sure,” Walden said.

“Our race mechanic roles is something, especially our senior roles, is something we really need more of.

“We’ve got a technical director at work, so he’s sort of in charge of all technical [aspects] and helps all the guys but yes, we need senior race mechanical guys just to help run some of the cars in our championships.

“The senior race mechanic role would be prepping cars, looking after cars at circuits, travelling with team, that sort of role.

“Then obviously, not essential, but any sort of extra skills like fabrication or machining, any of that sort of stuff is a bonus.

“There’s sub assembly as well, because we do allow sub assembly work here with gearboxes and diffs and uprights and some engines.”

It’s a diverse role and opportunity in the sport, one which Walden believes JobStop.com is ideally placed to help fill.

“We use a few different platforms as well, but JobStop is the one – if someone’s actively looking for a job in motorsport, that’s the first place to go to,” Walden said.

“We’re actually qualified and approved now to sponsor mechanics from overseas, on a five-year visa.

“I’ve been looking at other avenues in Europe and UK and things, [but] it’s not that easy, there’s nothing like a JobStop over there.”