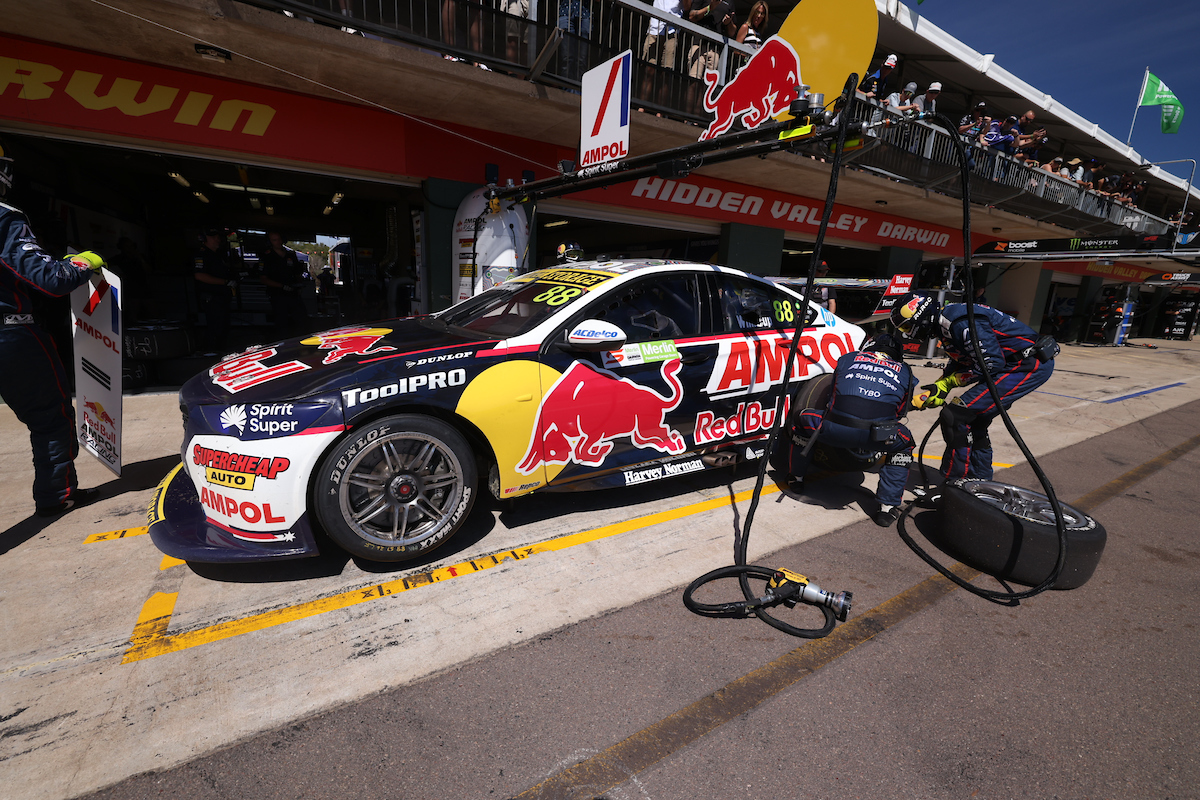 Leading Repco Supercars Championship drivers have been left underwhelmed by their first taste of the new super soft tyre compound, at the Merlin Darwin Triple Crown.

The super soft made a belated debut at Hidden Valley after the event which should have been its first, the Winton SuperSprint, was postponed due to the most recent Victorian lockdown.

It was hoped that the rubber would create far greater variability in lap speed, given it would be quicker initially but also degrade at a greater rate than the hard and soft compounds.

Not only would that have had a direct effect on the on-track action, it would have also made strategy all the more intriguing, especially given each driver had only five sets of tyres to navigate the three races in the Top End.

With no testing yet on the super soft, save for Jamie Whincup’s and Will Davison’s data-blind development work late last year, Friday practice in Darwin represented something of an experiment for all drivers.

The signs then were that the degradation would not nearly be as high as anticipated and that would prove to be the case in the weekend’s three 38-lap races, with no major shuffling of the order and no one appearing to fall off a tyre ‘cliff’.

Whether that is an innate trait of the tyre or more so a function of Hidden Valley’s relatively smooth surface, however, remains to be seen.

“As a driver, they’re awesome – they provide massive grip and they feel great to drive – but my theory is that they have a bit too much grip and they’re not sliding so they’re not wearing,” said championship leader Shane van Gisbergen.

“There are not massive marbles and stuff like I thought there would be, so you’re not actually sliding the tyre.

“So, it’s mainly thermal deg, and that’s why I thought the racing was worse; you followed and got hotter quicker.

“I’m sure if you went to Townsville or QR [Queensland Raceway] – a track that ate the tyres – I reckon the racing would be really good, but you’d have the dangers of the marbles at Townsville, which is already out of control.”

Whincup, van Gisbergen’s Red Bull Ampol Racing team-mate, correctly predicted after practice what would come to pass, his reason being the smooth surface.

He said then that “The perfect tyre around here would have to be a fair bit different to what we’ve got,” but also cautioned that it had to work at multiple circuits, and largely reiterated those points after Race 14.

“We made a step,” noted the seven-time champion and current Supercars Commission member.

“You can’t be reckless and just go from here over to here and see what happens, so we made a step.

“It was never going to be perfect for this weekend but we made a step in the right direction I thought, which was a good thing.”

Brad Jones Racing’s Nick Percat, who finished third in the weekend’s opening race, nevertheless hopes that a “super-super­-super-super-duper soft” might appear in future. 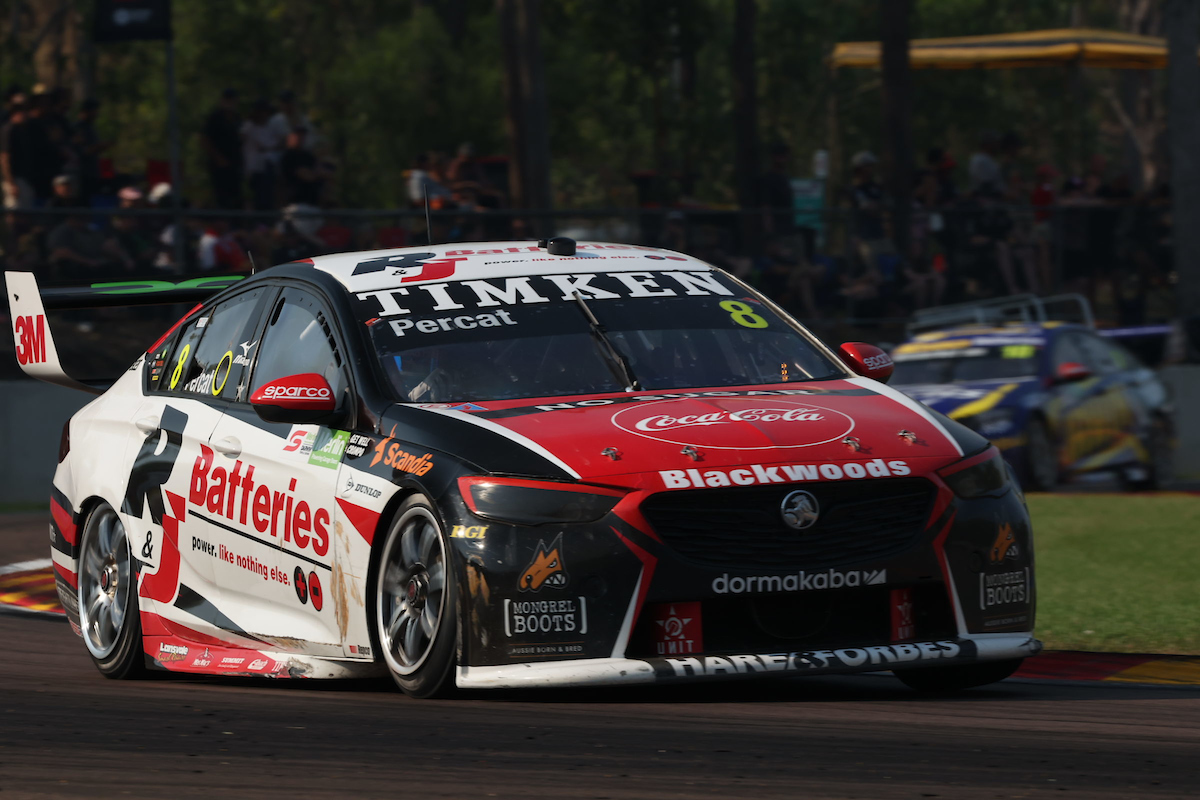 “My first comment was, ‘Is it the same tyre?’” recounted the man in the R&J Batteries ZB Commodore after Race 12. “That was yesterday in Practice 1.

“I don’t know, I just did a pretty massive stint [in Race 12] on the super soft which, as a category, we wanted to see some big tyre deg.

“I was sitting there kind of waiting for it, like, ‘Are we going to see what we used to see back in the day?’ when people would come from nowhere and just have big pace over people, but it didn’t come; I just drove around, and it felt very similar to last year.

“I’m not sure, hopefully next time they’ll bring maybe a super-super­-super-super-duper soft.

“It’d be good to get some proper deg. Probably before we were in main game [Percat became a full-timer in 2014], there was some serious deg when they ran that soft tyre; it’d be good to see that.”

The Shell V-Power Racing Team’s Davison, the runner-up in both Race 13 and Race 14, commented on the post-race television show, “The deg’s obviously not quite what I think we needed.

“I think there is a point where it will run out of rubber and it will hit a cliff, but it hasn’t quite happened here, and we were able to nurse it.

“We know from last year this surface doesn’t [lend] itself to huge degradation anyway; there are circuits that probably would really hit the cliff, but not quite enough here.

“It was pretty frustrating in the dirty air, you just couldn’t really do anything to attack the car in front and Shane [van Gisbergen, winner of Race 13 and race 14] was just managing his tyres.”

One straightforward change which could make a difference is a tweak to tyre pressures.

The usual minimum of 17 psi applied at Hidden Valley, although teams would have had to stay above 19 psi at Winton. 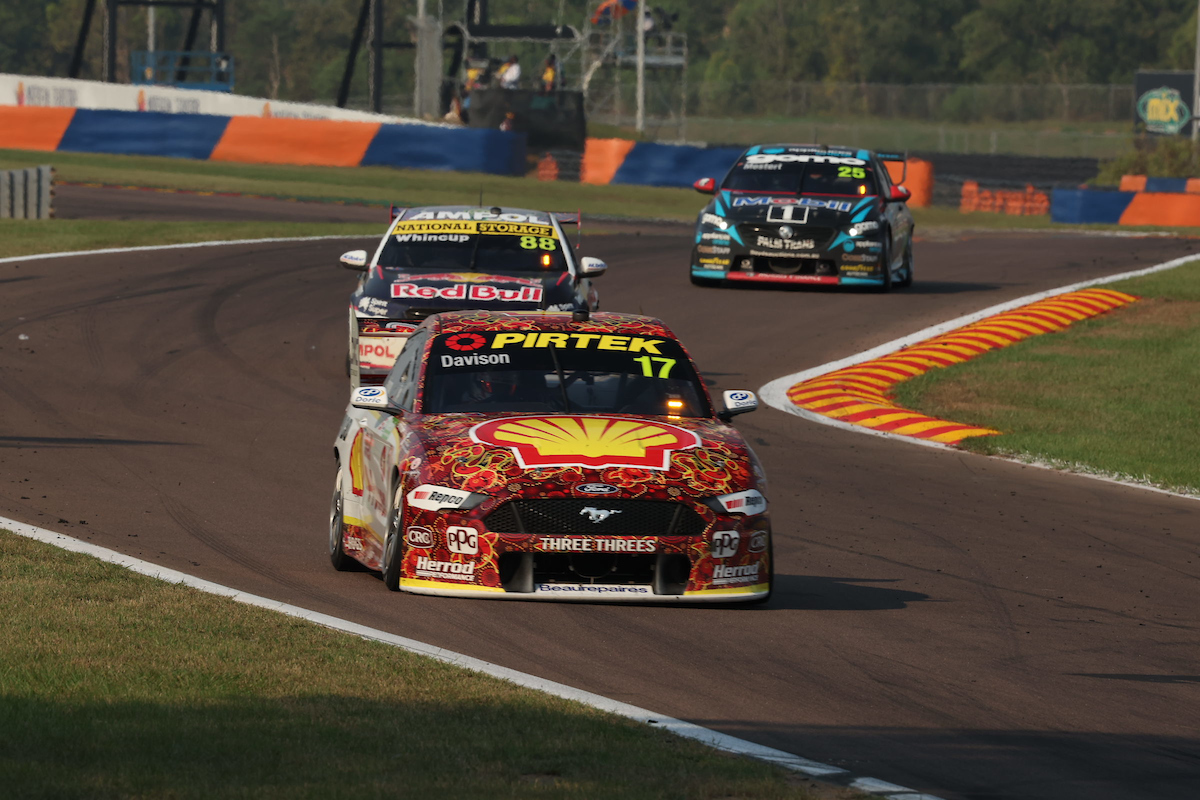 Both van Gisbergen and Davison hold the theory that the higher figure could produce more degradation and therefore better racing.

“Maybe the tyre pressure needed to be higher for this round,” suggested the former.

“You see all of the teams with their tyres in the sun and bleed them down; the true pressure is probably 14 or 15 [psi] for everyone.

“That’s probably a bit of the problem here [Darwin], is you can bleed so much out of the tyre because it’s so hot here.

“I don’t know, I think it was good but probably not what we intended.”

Said Davison of the idea of higher pressure, “Exactly. We tested [DJR test day] the other week – we weren’t on the super soft tyre; we were obviously just on the standard tyre – but we’ve obviously played around with these sorts of things and clearly that probably would have been something that would have given the category what it needed to spice it up.”

Soft will be the compound in play when the NTI Townsville 500, the next event on the calendar, takes place on July 9-11.