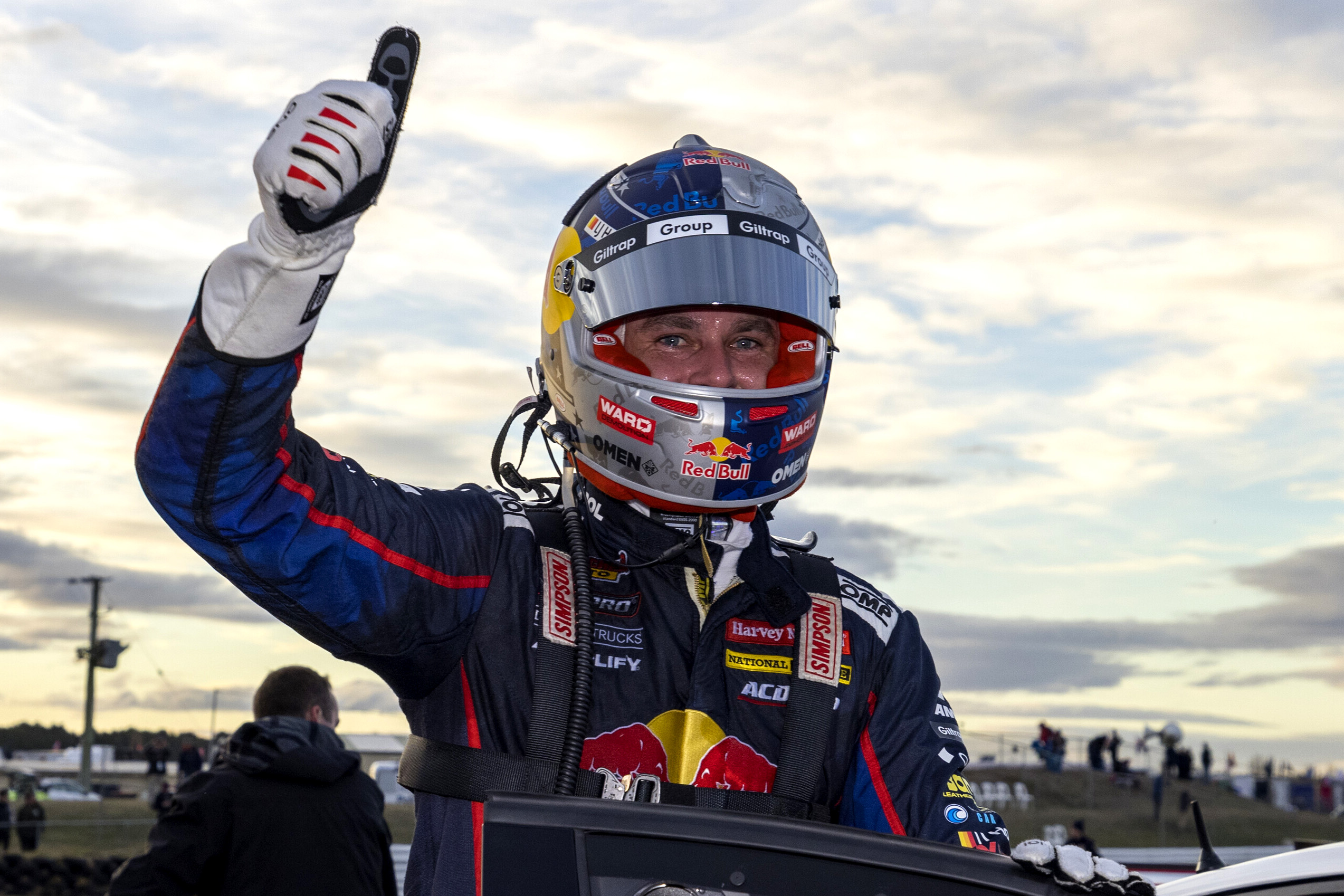 After a six-race drought, Shane van Gisbergen was back to his winning ways at the Darwin Triple Crown, cementing his place as the 2021 title favourite.

The Kiwi came into the fifth event of this year’s Repco Supercars Championship with a 190-point lead which he eked out to 221, with team-mate Jamie Whincup still his nearest threat.

The #97 Red Bull Ampol Racing driver has been dominant this year.

From the 14 races to date, van Gisbergen has won eight and has stood either second or third in three more races, leaving just three races in which he hasn’t been a podium-getter.

Van Gisbergen’s dual success at Hidden Valley Raceway could be the best indicator yet of what’s to come as far as the title outcome goes.

In the 24 events that the Darwin track has hosted since 1998, 14 times a winner during that weekend has gone on to win the championship.

Prior to the most recent event, van Gisbergen has twice won at Hidden Valley Raceway.

In 2011, the then Stone Brothers Racing driver claimed a win, though that year he would finish fourth in the drivers’ championship.

In 2016, van Gisbergen scored one win before going on to take the title with Red Bull Racing Australia.

The conversion rate of race winners to champions at Hidden Valley Raceway in the same year currently sits at 58 percent.

No one has come close to van Gisbergen this year as far as race wins go.

Chaz Mostert has the second most wins this season with two to his credit for Mobil 1 Appliances Online Racing.

There remains a number of drivers lurking within striking distance should van Gisbergen hit a hurdle.

Behind Whincup, Mostert is just a further nine points adrift and has established himself and his team as a contender week in, week out.

Will Davison (Shell V-Power Racing Team) and Waters are also still less than 300 points behind, with a maximum of 315 available at each SuperSprint round.

Nonetheless, this is already van Gisbergen’s equal-best season for wins.

His previous best season, that being his title-winning campaign in 2016, saw him win eight races in all in what was a 30-race season.

With 14 races remaining, can van Gisbergen be caught? Or will he convert his early season success into his second Supercars title?