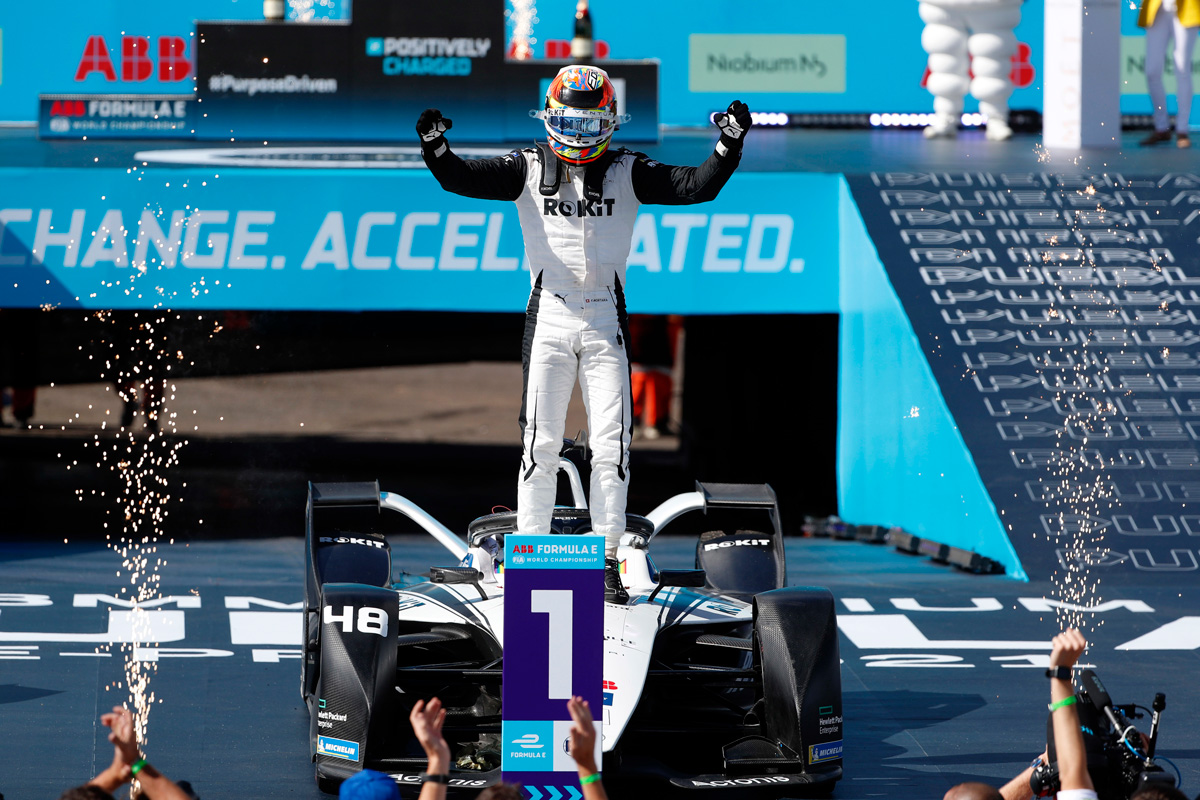 Edoardo Mortara has shot to the top of the Formula E World Championship standings after claiming his second race win in the category.

The Venturi Racing driver could not be stopped in the second leg of the Puebla E-Prix in Mexico, taking victory for the first time since the 2019 Hong Kong E-Prix.

Having finished his three prior Formula E campaigns 13th or worse in the championship, Mortara now all of a sudden holds a 10-point advantage over Robin Frijns with just six races remaining.

His victory backs up a podium a day earlier.

“This win today is fantastic. Pascal [Wehrlein] was very strong today, it was hard to keep him behind.

“We used more energy in the first part of the race to build a gap and in the latter I had to save more energy.

“I am glad to be here, the car was very competitive, the team put on a great strategy. We try to maximise our potential every time we race, and we do our very best all the time. I am happy with our season so far.”

Wehrlein crossed the finish line second but was demoted to fourth courtesy of a five-second post-race penalty for improper use of fan boost.

It rubbed salt in the wounds, having been stripped of his first FE victory the day before when he and Porsche team-mate Andre Lotterer were disqualified for a failure to declare their tyres.

There was a feel-good story for Nick Cassidy, however, the New Zealander snatching a maiden podium.

“My first podium finish feels like a relief, I feel this should’ve come earlier,” said Cassidy.

“I made a mistake yesterday in the race and the team had plenty of work to do last night and I am glad I could re-pay them today with the podium finish.

“I am pleased with the communication with the team, we were the fastest car in the race, and we had the pace to make risky moves and it paid off. Looking forward to next race in New York City.”

New York City will host a double-header on July 10 and 11, before further double-headers at London and Berlin round out the season.