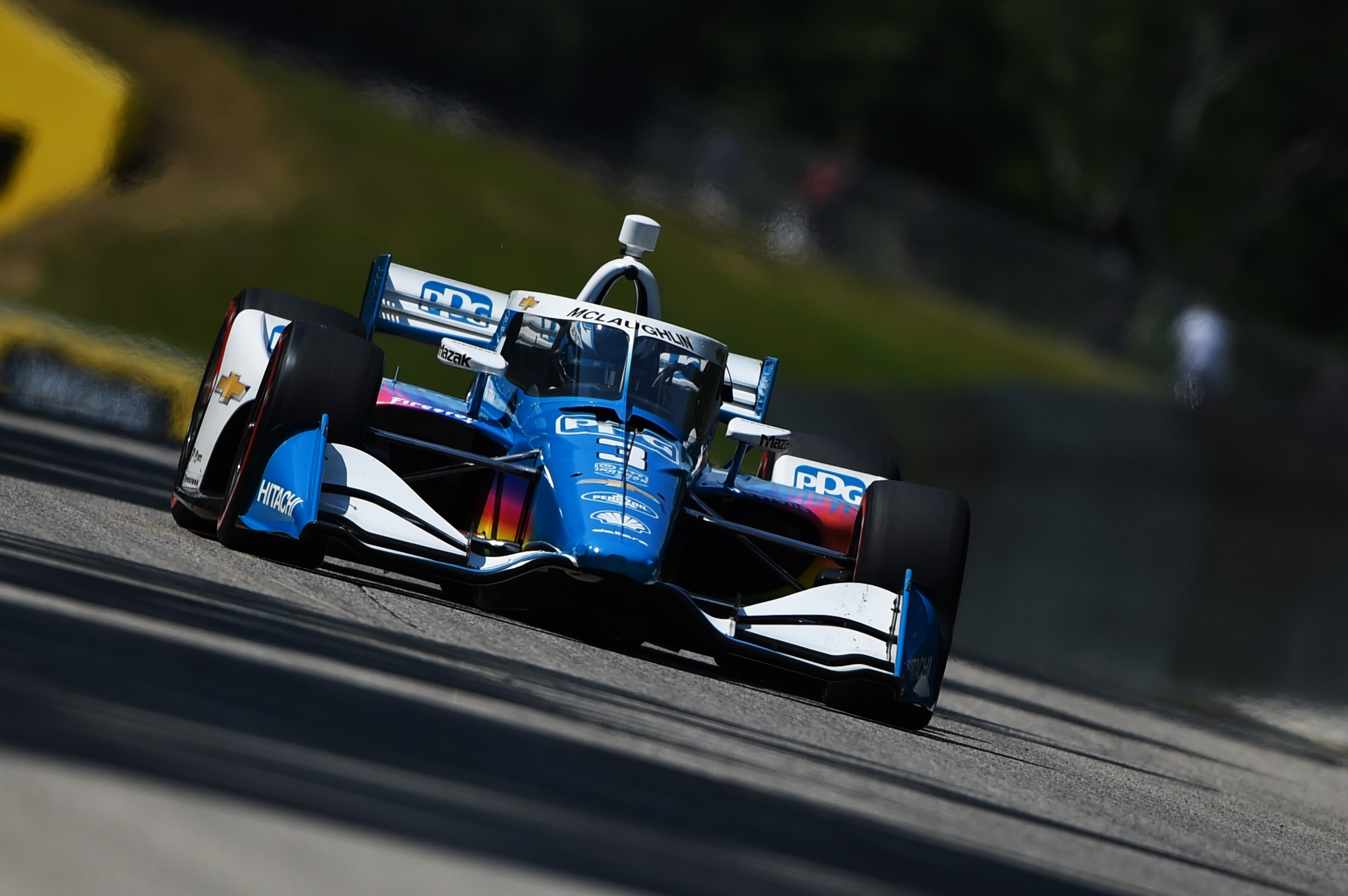 IndyCar Series rookie Scott McLaughlin says he needs work on attack and defence after an “up-and-down” race at Road America.

Round 9 of the series saw the Team Penske pilot start from 17th, though he would make ground to 14th by the end of the 55-lap affair.

The 28-year-old spent much of the race scrapping for positions in the mid-pack, his race highlighted by a fight with Ed Carpenter Racing’s Conor Daly.

“We had potential to finish 11th or 12th today and we finished 14th,” said McLaughlin.

“It definitely was an up-and-down race but I’m feeling pretty strong.

“I need to get my positioning better as a driver and position myself better for moves or to defend, but I’m learning all of that as experience comes.

“It was not a bad day for the PPG Chevy.”

It was a mixed bag for the Team Penske quartet.

Josef Newgarden started from pole position and led the lion’s share of the race until the penultimate lap when he suffered a mechanical issue.

Will Power made one place from his starting position of fourth to finish third behind winner Alex Palou of Chip Ganassi Racing and Andretti Autosport’s Colton Herta.

Meanwhile, Simon Pagenaud fell from sixth on the grid to finish a lowly 18th, leaving the Frenchman perplexed.

“We’ve got to take a look at what happened today,” said Pagenaud.

“We had no pace on the straightaway and just had no pace all race, just kind of a disaster race for us because we had so much speed all weekend. We just need to figure it out.

“It was very disappointing for Menards. I really wanted to have a good showing, especially after such great qualifying for Team Penske.

“I’m really sorry for the #2 team and Hitachi as well. But we’ll regroup, try to understand what happened on our side of the issue.

“The good news is that we have speed now in qualifying so that’s really good for the rest of the season.”

Newgarden still leads the team’s efforts with fourth in the standings ahead of team-mate Pagenaud in fifth. Power and McLaughlin still occupy 11th and 12th respectively.

The IndyCar Series resumes at the Mid-Ohio Sports Car Course on July 4.