Marquez: German MotoGP victory ‘makes up for the suffering’

Marquez: German MotoGP victory ‘makes up for the suffering’ 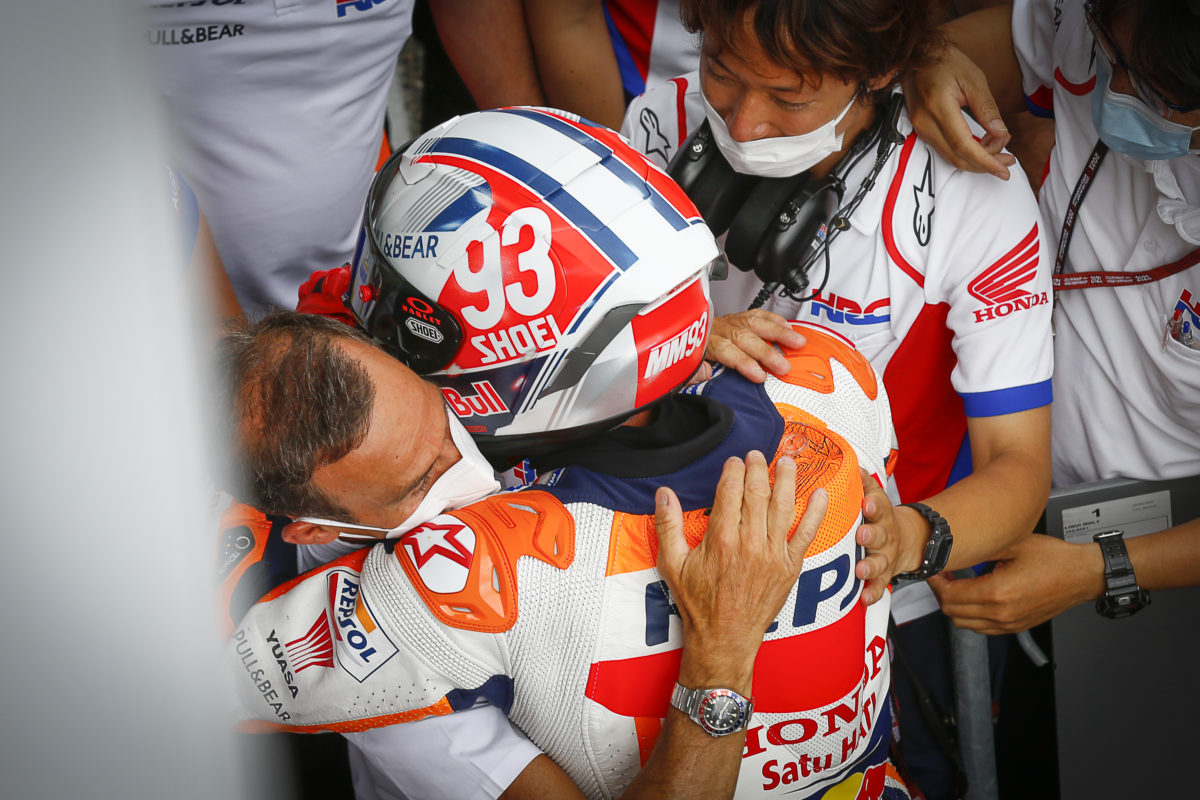 Victory in the German MotoGP “makes up for the suffering” caused by his badly broken arm, according to Marc Marquez.

The six-time premier class champion’s win at the Sachsenring was his first since the shocking crash in the opening race of 2020, a spill which sidelined him for the remainder of that season.

Marquez broke the humerus in his right arm and while he made an aborted comeback attempt on the following weekend, it took three operations before he would genuinely return, in Round 3 of 2021.

Nevertheless, he has continued to struggle physically and therefore been unable to ride his Repsol Honda as he would like, although that is due to a lack of strength in his right shoulder rather than a problem from the arm specifically.

There were also times when the 28-year-old thought about pausing the comeback before he was reassured by doctors that it was the best thing for him.

Amid all of that, Honda has languished generally, with only two podiums last year and none in the first seven rounds of this year.

The Sachsenring, however, represented an interesting test given it is predominantly left-hand corners and demands less from the right-hand side of Marquez’s body.

It is also a venue where he was unbeaten in his last 10 starts across all classes, including seven in a row in MotoGP.

He cautioned, though, that there is still more work to be done by rider and manufacturer.

“This victory makes up for the suffering,” said Marquez.

“It’s not that it’s all over here, but after going through such a bad time for so long you see that things are coming, that it’s not impossible, it’s extra motivation.

“I must admit that both myself and Honda were in reserve and we have filled the tank, it will give us a boost for the next races.

“In Holland [Dutch TT, next event] we will be back to reality, but I hope that after that I can have some good races.”

Marquez had crashed while leading at Le Mans, three races into his comeback, and was worried about again throwing away what is for now a rare chance of victory.

“There was pressure this weekend, but I also put pressure on myself,” he explained.

“When you don’t have pressure, sometimes it’s easier to fail.

“Today, I was afraid of losing a golden opportunity that I don’t know when I’ll have it again.

“I missed it at Le Mans and I didn’t want to lose it again.

“It wasn’t about winning; it was just about having a decent race and being on the podium. That was the pressure I put on myself today.”

Marquez is now 10th in the standings on 41 points, 90 behind championship leader Fabio Quartararo.