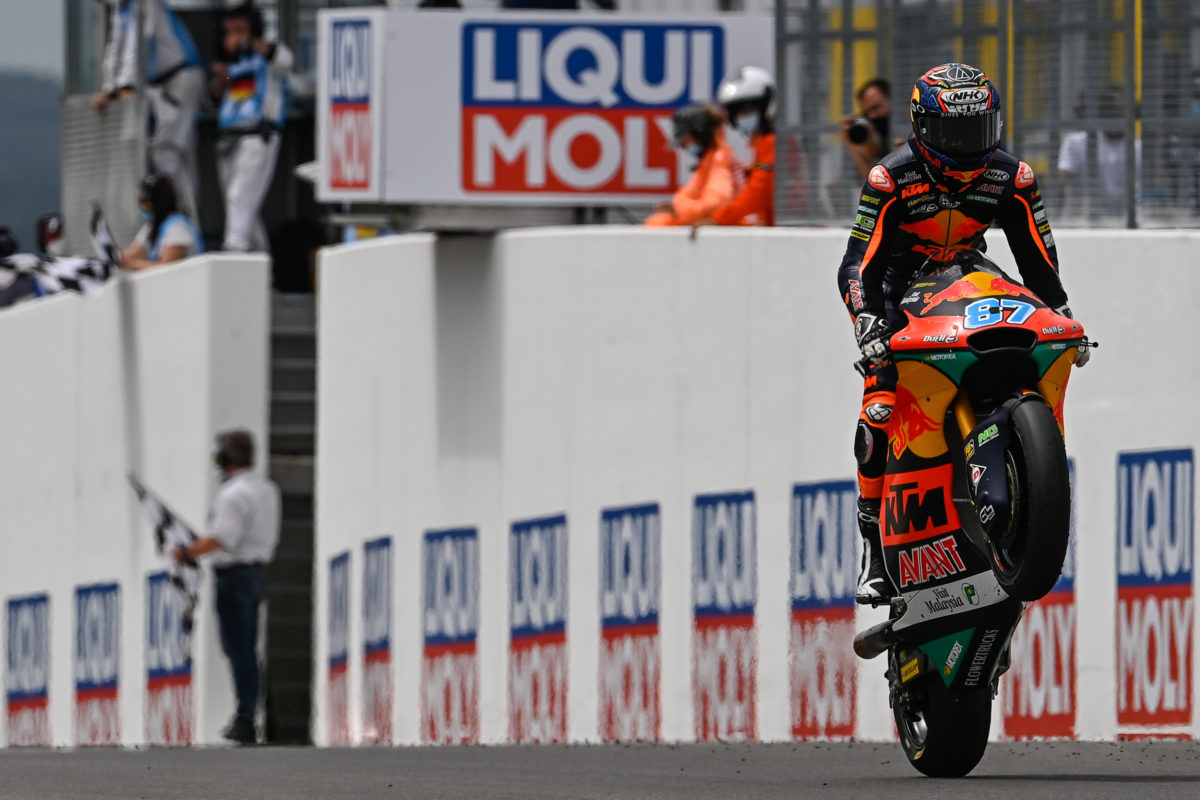 Remy Gardner admits he doubted that he would be able to match Red Bull KTM Ajo team-mate Raul Fernandez before taking a big win in the German Moto2 Grand Prix.

As it happened, the Sydney native passed the pole-sitting Fernandez for the lead on Lap 2 before the latter crashed out of the contest at the Sachsenring’s third corner on Lap 5.

With the pair having already broken away from the field, the spill handed Gardner a lead of almost five seconds, and he went on to claim victory by a touch over six seconds after 28 laps.

While Fernandez remains second in the standings, Gardner’s third straight win has seen his championship lead blow out to 36 points as the season approaches the halfway mark.

“Honestly, I didn’t know if I truly had… You know, we had good pace in practice and things like that but Raul was also fast and this morning [warm up] he had actually better pace than me,” said the second-generation rider.

“But, I went into the race keeping an open mind.

“When I passed Raul, I really went for it, and did some really quick laps in the beginning. They were quick but smooth, and I wasn’t just burning the tyres, which was good.

“So, that was a long race, that was a really long race, just out there alone, trying to not make mistakes, and when these guys would come back a bit, I’d have to pull my finger out a little bit and push.

“But, I managed the gap and even pulled it out towards the end, so I couldn’t be happier, it’s another 25 points, I don’t know how many we’re in front now, but it’s a very important day for the championship.”

The Spaniard extended his championship lead to 55 points with a victory of just 0.130s, his fourth of the season, having come from 13th on the grid.

Australian debutant Joel Kelso (CIP Green Power) made the finish just outside the points, in 17th. 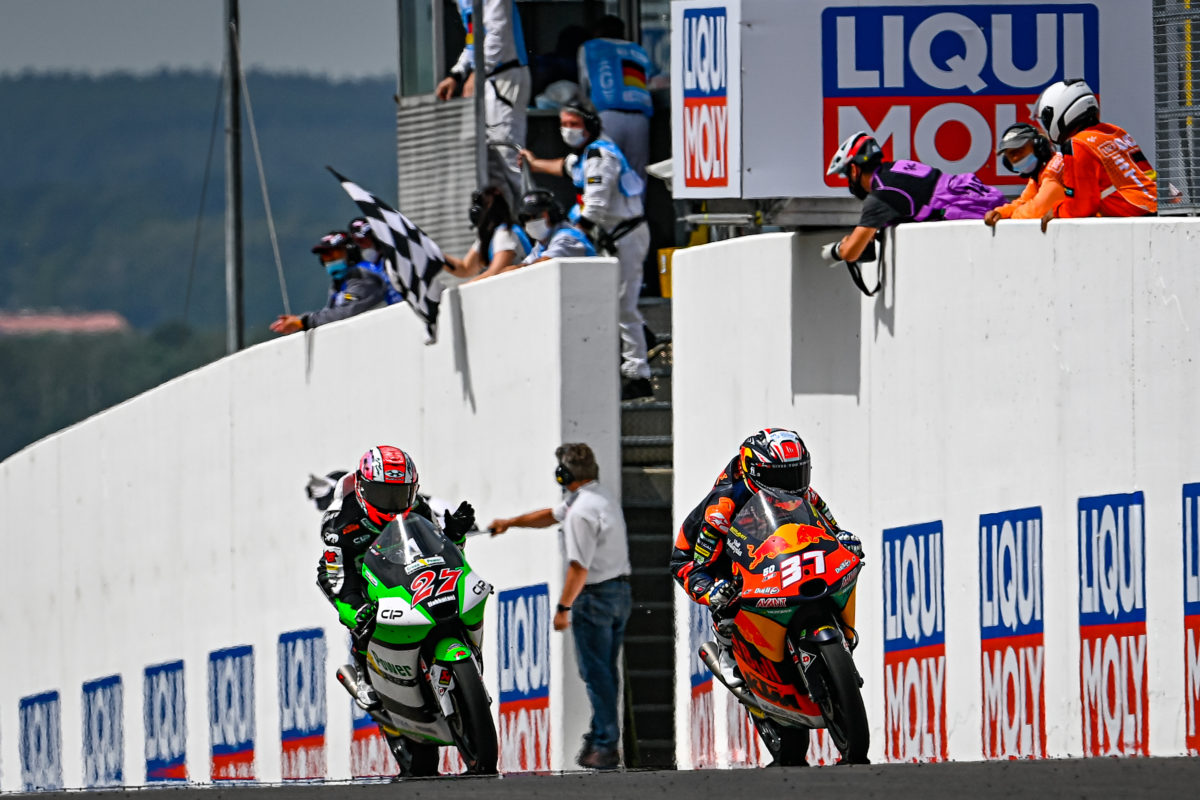