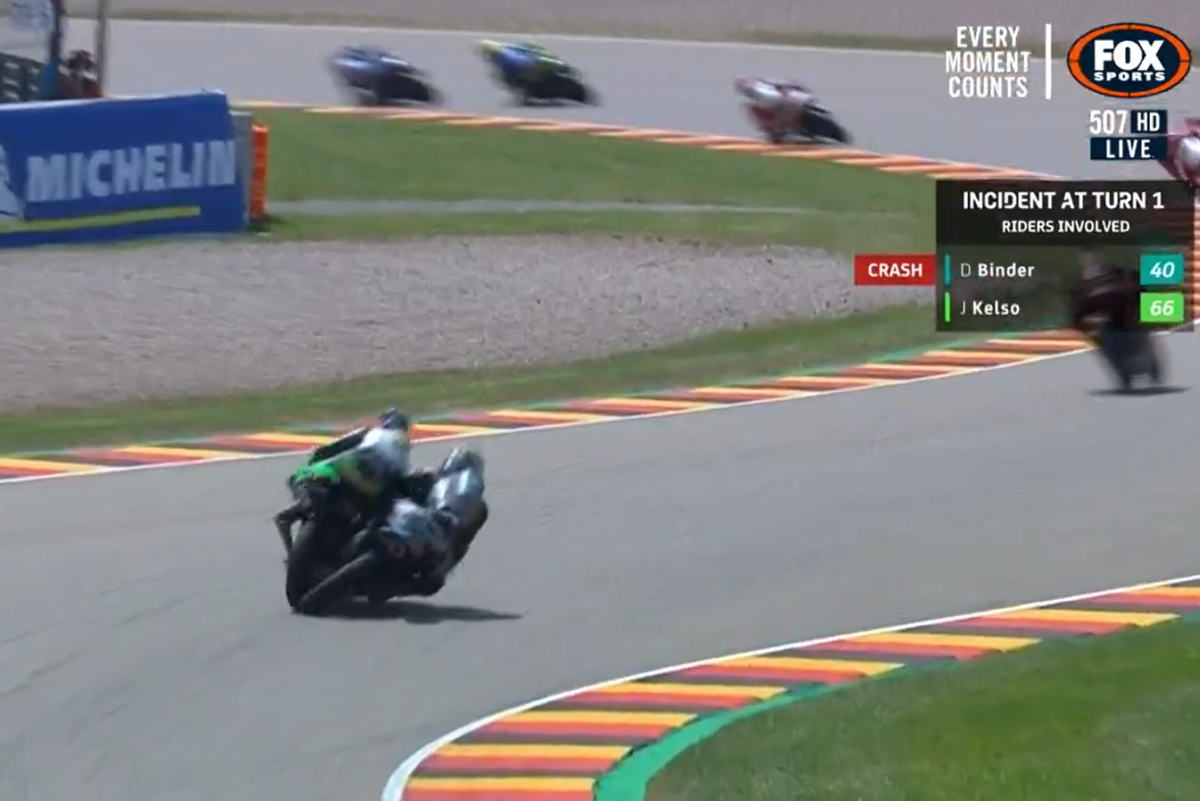 Australian Joel Kelso was involved in a wild incident with Darryn Binder in qualifying for Round 8 of the Moto3 championship at the Sachsenring.

Kelso, who is debuting at grand prix level this weekend, was clattered into by Binder after the latter exited pit lane during Qualifying 1.

The South African succeeded only in falling off his own bike, before being hit with a formal punishment from stewards.

Binder was disqualified from Qualifying 2, meaning he will start from 18th, and also issued a ride-through penalty to serve during the race.

“On 19 June 2020 [sic] at 12:48 during the Q1 session of the Liqui Moly Motorrad Grand Prix Deutschland you exited pitlane, caused contact with another rider resulting in a crash and disturbed a rider after rejoining,” read the official notification of sanction, in part.

“This contravenes the specific instructions given to Moto3 competitors and teams and is considered irresponsible therefore contributing to an unacceptable situation which causes unnecessary danger to other competitors.

“It is therefore an infringement of Article 1.21.1 of the FIM World Championship Grand Prix Regulations.”

Kelso, riding as an injury replacement for Maximilian Kofler at the CIP Green Power team, qualified 24th in the 26-strong grid while Filip Salac took a maiden pole.

In Moto2, Remy Gardner earned third on the grid, while Jack Miller qualified fourth for the MotoGP race.