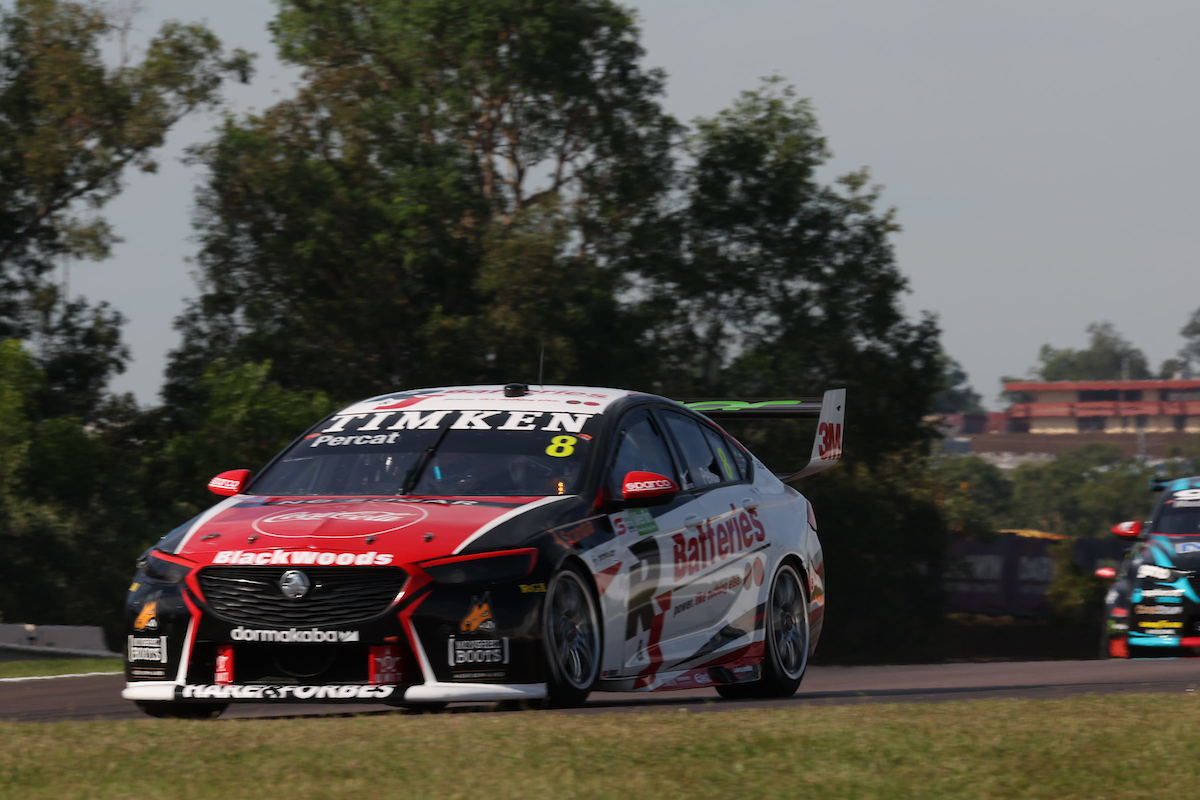 The following is the full stewards report, as released to media, concerning the penalty for Brad Jones Racing over a breach of tyre pressure regulations on Nick Percat’s car in Race 12.

Rule D17.1.17 The permitted pressure of a Control Tyre when fitted to a Car is 17psi which must be achieved at any time that the Car is on the Circuit during any Session.

During the Hearing conducted by the Stewards after Race 12 the following facts were agreed by BJR and the DRD and acknowledged by the HoM:

Loss of all 2021 Repco Supercars Championship Teams Points for Car #8 in Race 12.

Rule D17.1.17 was breached. However, the breach was remedied before the start of Race 12. That only happened because the Team had identified the non-compliance and received the approval of the HoM to address it by changing the right wheels and Control Tyres on Car #8 when it was on the Grid. By so doing the HoM was not absolving BJR from the breach, only giving the Team the benefit of doubt in his mind whether the low pressures were attributable to a fault.

Rule D17.1.17 serves an important safety and sporting function. The lower the pressures in a Control Tyre the longer the Car can run on those tyres in a Race but if the starting pressures are too low it creates a risk that the tyre may dislodge from the rim. The Rule was introduced to avoid this risk.

Historically Teams were permitted to adjust the pressures in Control Tyres while a Car is on the Grid. However, this was recently prohibited. Consequently Teams must now pre-set the pressures in Control Tyres before the Car leaves Pit Exit to start the Observation Lap. Obviously, in so doing Teams attempt to ensure that in the period between leaving Pit Exit and the start of the Formation Lap the pressures do not fall below 17psi but do not greatly exceed that minimum. With a 30 minute start procedure which means Cars will sit on the Grid for some time, predicting pressure loss is not without difficulty.

In this case the Team erred. The Team’s strategy was to attempt to ensure that the pressures of the Control Tyres on Car #8 were as low as possible at the start of Race 12. The communication between the Engineer and the Driver of Car #8 was aimed to achieve that strategy but it was followed by the Driver to an extent that the Engineer hadn’t anticipated.

This is an unusual set of circumstances. Because Car #8 complied with the Rules throughout the race (even though it did not comply before the race started), we are satisfied that a Penalty of Disqualification would be disproportionate. However, a Penalty is required. The Rule was breached and the breach would have resulted in Disqualification had the Team not disclosed the non-compliance to the HoM and it was detected during the race or had the HoM refused permission to change the non-complying Control Tyres.

The DRD recommended to the Stewards a Penalty of the Loss of all Teams Championship Points for Car #8 in Race 12. The Team were prepared to accept that Penalty if the Stewards found the Rule to have breached (which we have). In our view, the DRD’s recommended Penalty is appropriate to the circumstances. It will serve as a discouragement to Teams against employing strategies to run so close to the edge of the Rules in the expectation that they will be immune from consequences if they get it wrong.

Issued by the Stewards of the Event: