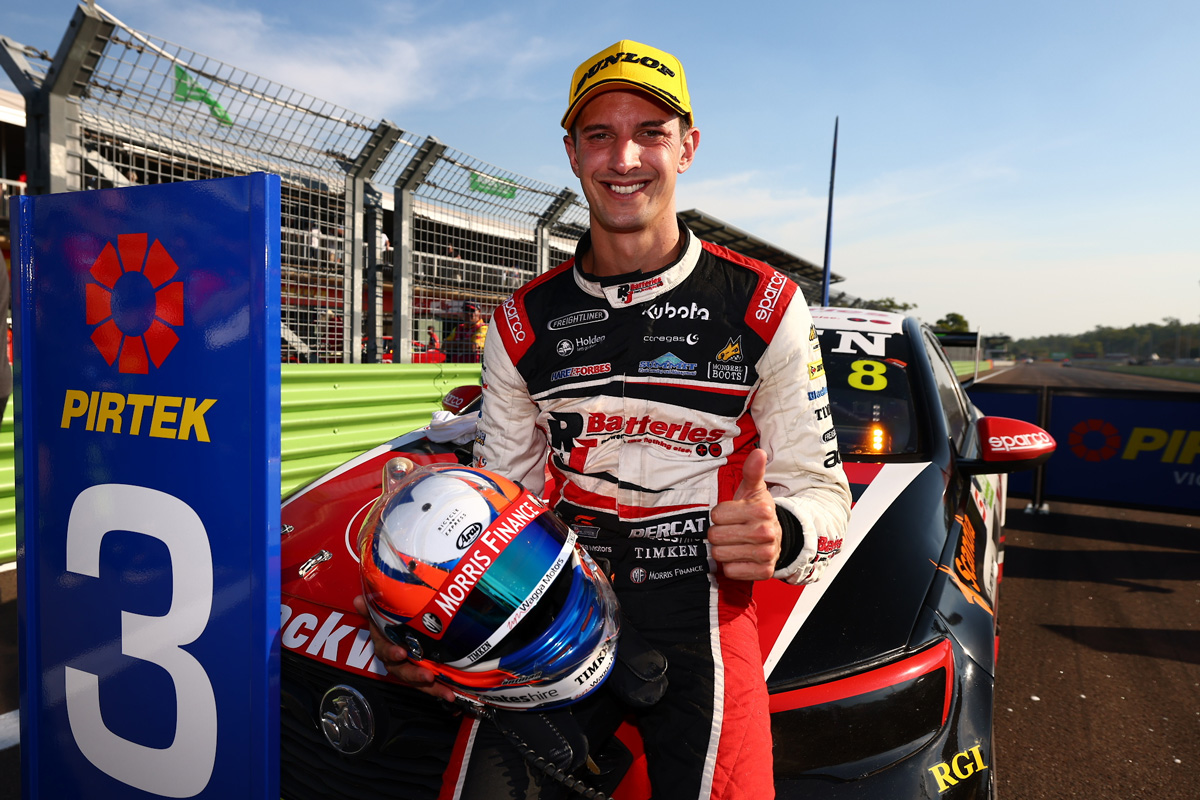 Nick Percat will keep his podium in Race 12 of the Repco Supercars Championship but Brad Jones Racing has lost the corresponding teams’ championship points over the tyre pressure breach.

Percat drove the #8 R&J Batteries ZB Commodore to third in the opening race of the Merlin Darwin Triple Crown, but came under scrutiny during the encounter for allegedly going under the minimum mandated tyre pressure.

The matter was ultimately sent to a post-race investigation, which is said to have lasted two hours, before the findings were handing down.

Stewards opted to issue the following penalty: “Loss of all 2021 Repco Supercars Championship Teams Points for Car #8 in Race 12.”

The penalty therefore amounts to 86 teams’ championship points, given that is the figure for finishing third in each race at Hidden Valley this weekend.

BJR’s #8 and #14 cars, which are paired for the purpose of that title, nevertheless remain eighth in the standings, on a reduced 1128 points.

As previously reported, the issue was an unusual one given the breach of the minimum 17 psi tyre pressure occurred before the race had started.

However, such is the relevant rule in the Operations Manual, a breach can also be committed while a car is on the grid waiting for the race.

Stewards accounted for a number of mitigating factors, including that Car #8’s tyres were all above 17 psi at pit exit on the way to the grid, and that the rule in question is officially a sporting rule (Division D of Operations Manual) rather than a technical rule (Division C).

According to the stewards decision document, the drop in pressure on the grid was noticed by Percat’s engineer, Andrew Edwards, who brought the issue to the attention of Supercars head of motorsport Adrian Burgess.

Two tyres were found to have fallen under 17 psi, both on the right-hand side, which was in the shade rather than the sunlight shining on those on the left-hand side.

Given the suspicion also of a puncture or other fault, Burgess granted permission to change the right-hand side tyres, but would take the tyres which had been replaced.

Furthermore, BJR would be reported to stewards if those suspect tyres were found to have no puncture or other fault, and that was indeed the case.

Stewards found that BJR had “erred” in running pressures so low on the way to the grid, but acknowledged that the team identified the error and complied during the race itself.

“This is an unusual set of circumstances,” reads the stewards’ list of reasons for the decision, in part.

“Because Car #8 complied with the Rules throughout the race (even though it did not comply before the race started), we are satisfied that a Penalty of Disqualification would be disproportionate.

“However, a Penalty is required.

“The Rule was breached and the breach would have resulted in Disqualification had the Team not disclosed the non-compliance to the HoM [head of motorsport] and it was detected during the race or had the HoM refused permission to change the non-complying Control Tyres.”

One post-race penalty has been made official on the timesheet, however, namely the five-second slap to Tickford Racing’s James Courtney for a restart infringement which sends Car #44 from fourth to 10th.

Erebus Motorsport’s Will Brown is the main beneficiary of that sanction, with Car #9 officially classified fourth having crossed the finish line in sixth.

Brown had already gained one position due to the five-second penalty against team-mate Brodie Kostecki, who was fourth at the chequered flag, for driving through the infield after late contact with Courtney sent him spinning at Turn 5.