Herfoss in ‘serious but stable condition’ after ASBK crash

Herfoss in ‘serious but stable condition’ after ASBK crash 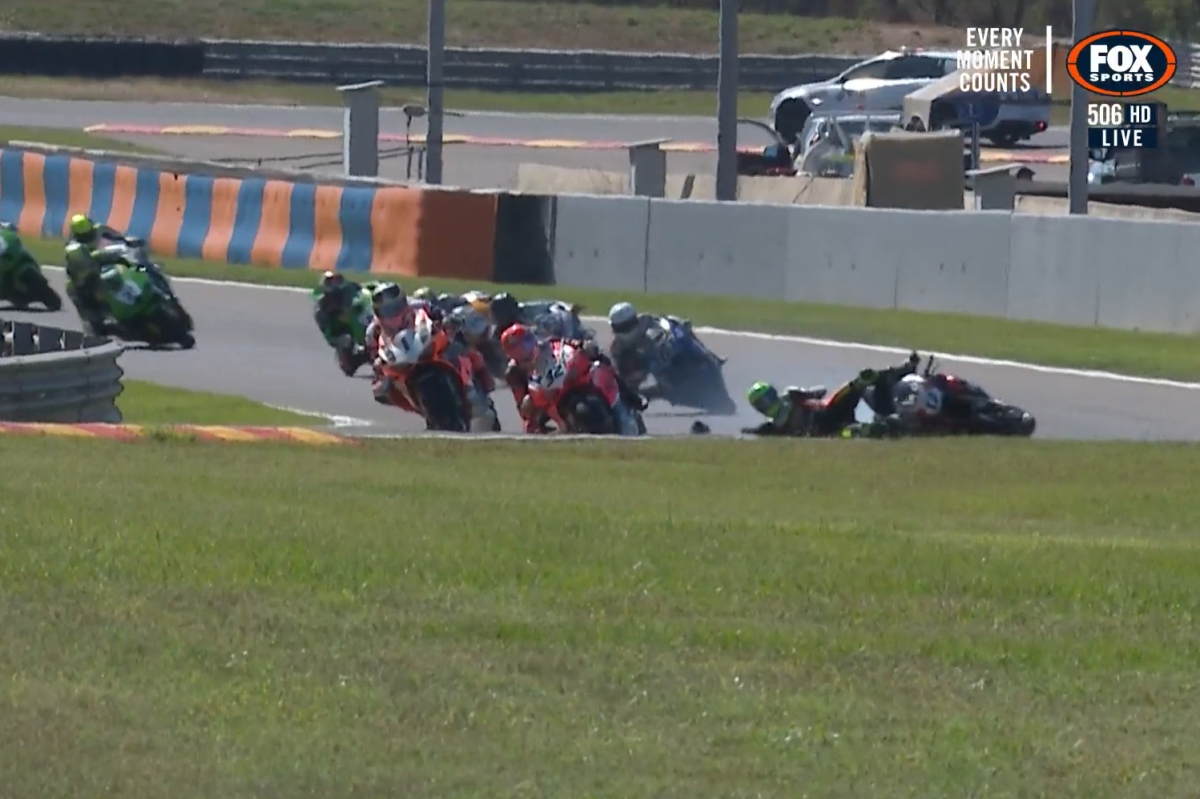 The race was red flagged and did not restart, with no points awarded.

There was immediate concern for Herfoss, who was quickly attended to by on-site medics.

An ASBK statement has provided an update on the 34-year-old Honda rider’s situation: “Herfoss is in a serious but stable condition, and he is being transported to Royal Darwin Hospital for further investigations”.