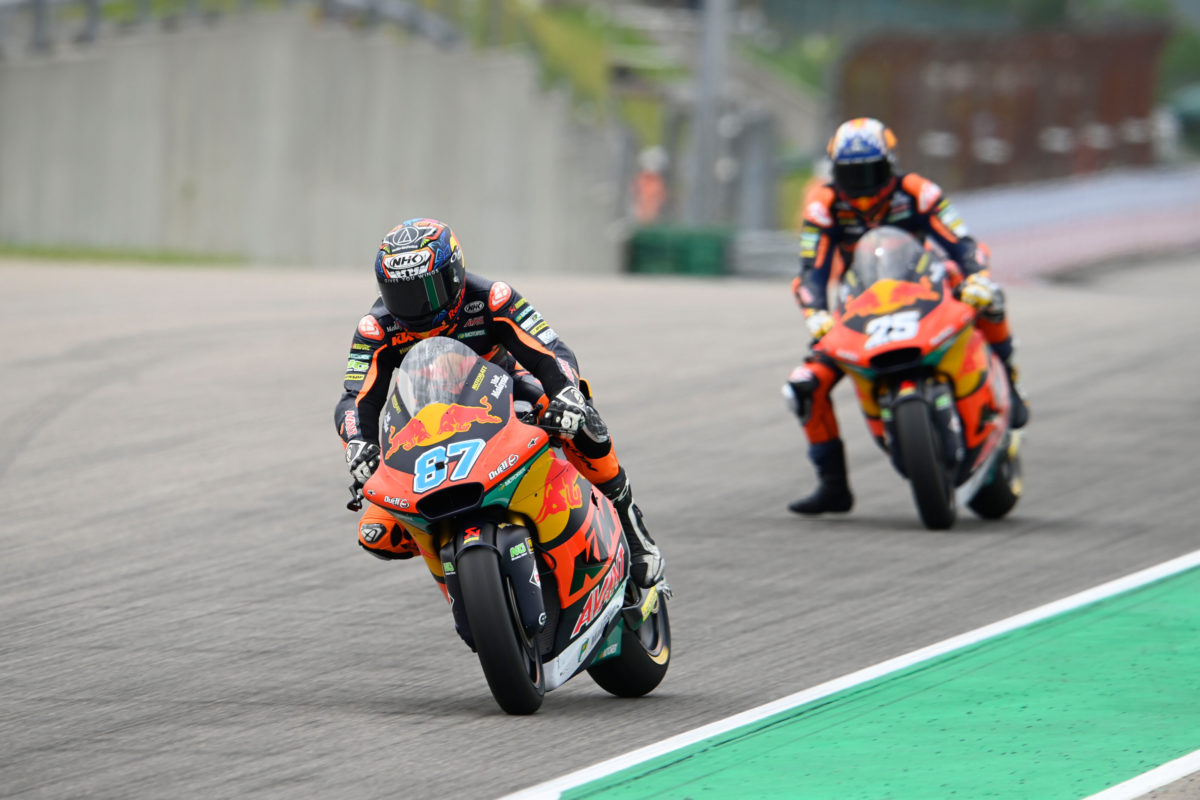 Red Bull KTM Ajo’s Remy Gardner has taken a big win, both in terms of the margin and the Moto2 championship implications, at Germany’s Sachsenring.

Gardner and team-mate Raul Fernandez, his nearest rival for the title, broke away from the field almost as soon as the race got underway.

Fernandez had led when the lights went out but ceded the lead to #87 on Lap 2 at Turn 12.

The Spaniard still stuck with his more experienced team-mate until he crashed out just over four laps into the contest, at Turn 3, and that was effectively the end of the story.

The tumble handed Gardner a lead of almost five seconds back to Aron Canet, and it was from there that the Sydney native seemed to cruise to his third consecutive race win.

Officially, #87’s magnitude of victory was 6.158s after 28 laps, but more important is the fact that his lead over Fernandez in the world championship has blown out to 36 points.

Canet took a lonely second position, having made smart progress from 10th on the grid to be best of the rest around the time that Fernandez went down.

There was, however, a scare for the Aspar rider given the rate at which Marco Bezzecchi (Sky VR46) was closing the gap in the final few laps.

Bezzecchi was 2.7s adrift once he had finally shaken Fabio Di Giannantonio (Federal Oil Gresini) with 10 laps remaining, but was less than 0.9s back at the chequered flag.

Lowes had started the final lap in eighth position but Xavi Vierge (Petronas Sprinta) and then Ai Ogura (Honda Team Asia) crashed ahead of him, before he passed Marcel Schrotter (Liqui-Moly Intact GP).