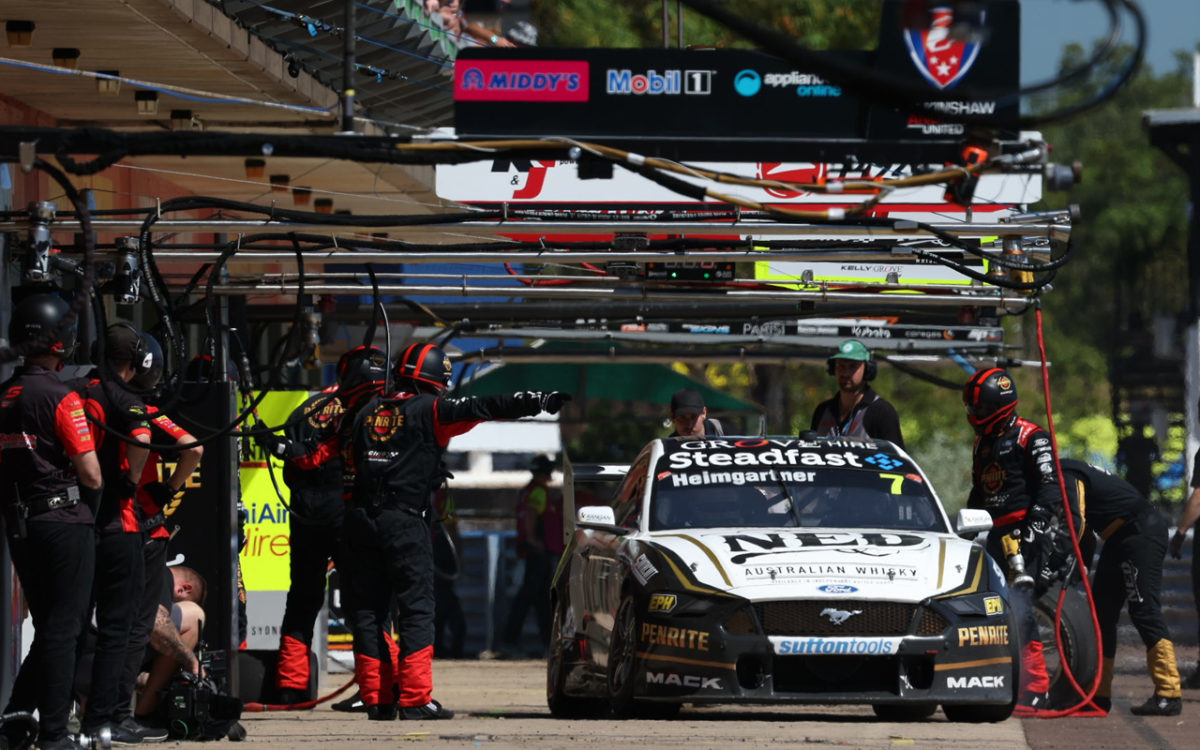 Two Supercars teams have been fined after separate pit lane infringements in Race 14 of the 2021 Repco Supercars Championship today at Hidden Valley Raceway.

Shell V-Power Racing Team has been dished a $250 fine for a brake lock mechanism mishap on Anton De Pasquale’s car.

Kelly Grove Racing were handed a slightly harsher penalty after it was found pit equipment was not in control of the team.

The Braeside squad copped a fine of $1,500, of which $750 is suspended until the end of the year, as well as the loss of 30 teams’ championship points.

“A Fine of $1,500 (of which $750 is suspended until 31 December 2021) and the Loss of 30 Teams Championship Points on Kelly Grove Racing for a breach of Rule D11.7.2 – equipment not in control of the Team at all times – after receipt of a report from Supercars Technical that Kelly Grove Racing had left a wheel and hose unattended in the working lane outside their Pit Bay during the Race,” read the stewards report.

“Following a Hearing the Stewards found that the wheel and gun were not under the complete control of the Team as required by the Rule.”