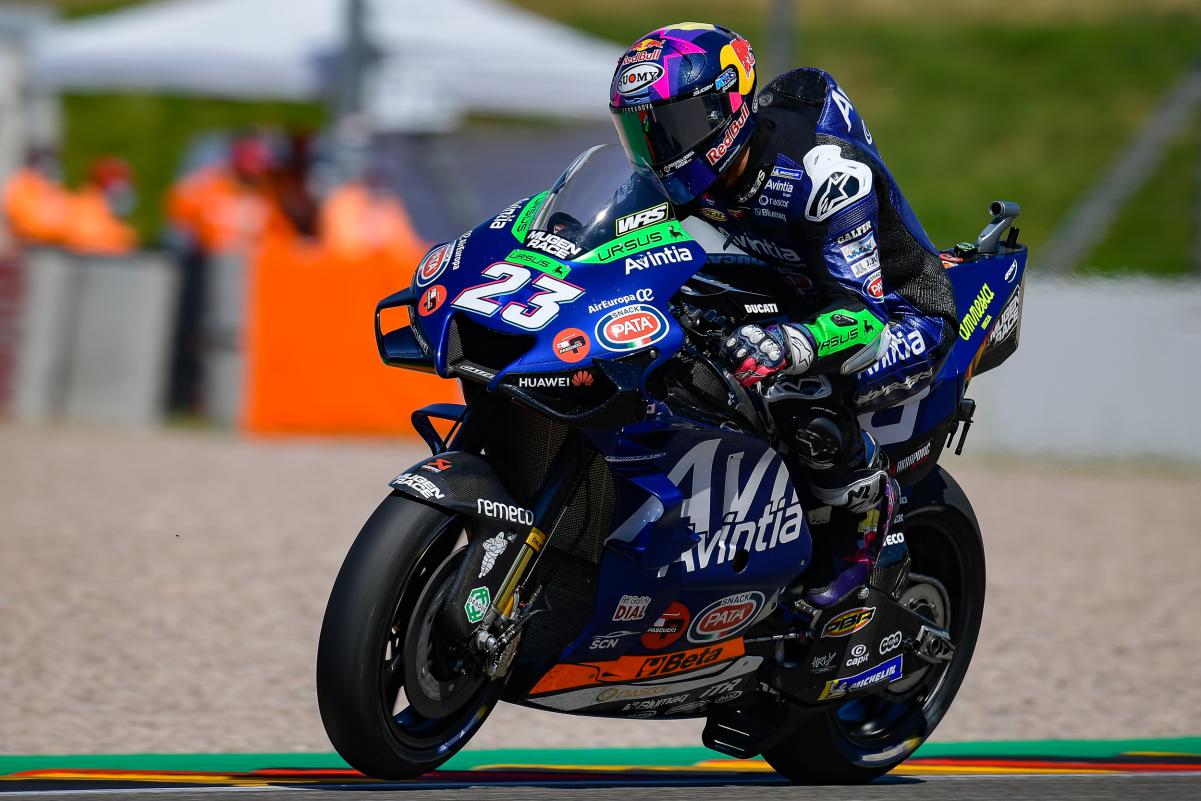 Enea Bastianini has been issued a three-position grid penalty for slow riding during Qualifying 1 at the German MotoGP.

The Esponsorama Racing rider drops from 15th to 18th as a consequence, with Valentino Rossi (SRT) now on the fifth row at the Sachsenring.

Stewards reported that Bastianini was “observed to be riding slow online disturbing another rider at Turn 8,” which was deemed to be irresponsible riding.