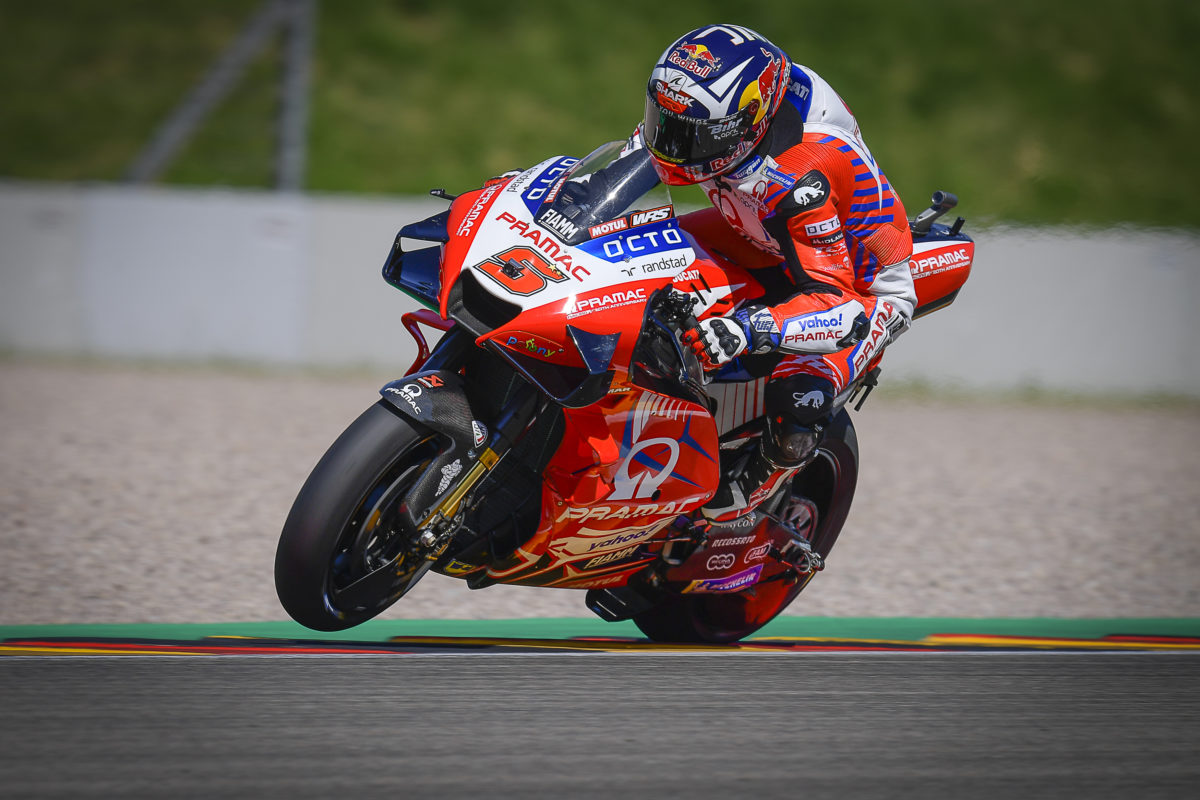 Johann Zarco has taken pole position for the German MotoGP with a lap set just before he crashed his Pramac Ducati.

Late yellow flags made it difficult to improve at the end of Qualifying 2 and while Jack Miller very nearly managed to do so, he ended up fourth on his Ducati Lenovo entry.

Quartararo strayed beyond track limits exiting Turn 12 on his initial flyer but clocked a 1:20.437s next time around to be top at the end of the first runs, from Marc Marquez and Jorge Martin (Pramac Ducati), the latter on a 1:20.617s.

Miller committed to a two-stop strategy and was fastest to the second sector at the start of his second run but seemingly made an error through his self-described ‘Achilles heel’, Sector 3.

However, the Queenslander was able to clock a 1:20.508s on his following lap to jump from eighth to second, just as the rest were exiting the pits again.

Almost as soon as he had done so, he went down at Turn 4 in the 14th minute, triggering yellow flags early in the lap and therefore denying his rivals a chance to improve at a crucial period.

Somehow, Miller, by then onto his third run, had managed to navigate a course such that he was still in contention for pole.

The man on #43 went faster than Zarco to Sector 2 and while he lost time again in the downhill section, a front row berth was still on the cards.

That was until he had a moment at the final corner and therefore remained fourth on the grid, ahead of Marc Marquez and Miguel Oliveira (Red Bull KTM).

Rins then clocked a 1:20.644s in the second-last minute of the session to secure his advancement along with the Honda rider.

Morbidelli’s spill also effectively locked Maverick Viñales into 11th for the session and thus second-last on the grid given it triggered a yellow flag that meant the Monster Energy Yamaha rider’s final push lap would not count.

Viñales’ woes can be traced back to the closing stages of Free Practice 3, when a crash of his own while 10th-fastest gave him no chance to secure direct passage to Q2.