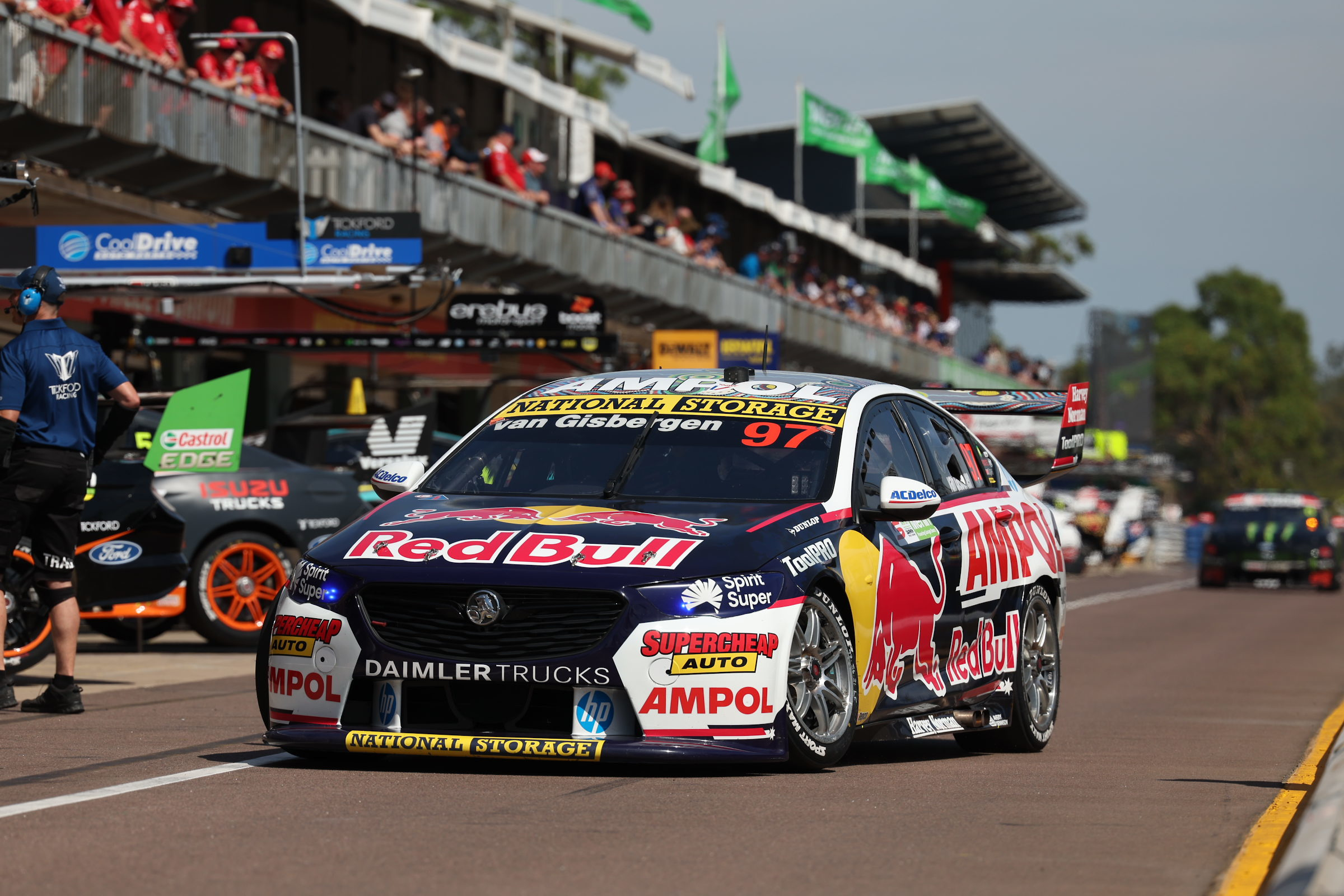 Shane van Gisbergen was starved of a Race 12 win

Shane van Gisbergen had been leading Race 12 the Merlin Darwin Triple Crown when he brought his #97 Holden ZB Commodore to the pits on Lap 22 for his sole tyre change.

However, a mechanism was triggered due to what Dutton believes was a case of “creeping”, which locks the wheel nut in place in case the wheel comes loose.

That meant that when the left rear tyre changer went to pull the wheel off, a locking mechanism had to be depressed to unlock the wheel nut.

“It looks like the nut has crept and the safety locking mechanism has done its job and locked the wheel on, it just locked it on too tight,” Dutton told Speedcafe.com.

“So if they creep a little bit when everything is cold and coming up to temp, then the nut does what it is supposed to and jams it on and then it takes a lot of time and effort to take it off.

“You’ve got to sort of depress the plunger. So there’s locking fingers that lock into a ratchet system.

“All the wheel nuts are very, very similar across the cars, so that locks it on in case you have a proper loose wheel.

“Then you just have to depress that plunger which is jammed because the fingers are jammed.

“That’s what it is meant to do, it just takes time to depress that and then get the old nut off and the new wheel and nut on.”

The pit stop drama dropped van Gisbergen to 20th, who then made a late race recovery to 14th.

Dutton said the team will try to determine the root cause of the issue between the end of Race 12 before tomorrow’s two qualifying sessions and races.

“We’ll have to have a look and review our torque, make sure the wheels are fine and there was nothing wrong,” he explained.

“The process leading up to the race was all done by the book. I saw the guys checking and double-checking the work they did.

“Everything was done to what we wanted to be done; now we need to check does the specifications we set it for – the wheels et cetera – does that need to be adjusted for tomorrow?

“You don’t want to assume that it was just [a freak occurrence], so that we know that we do the right reaction tomorrow.

“It’s easy to over-react and it’s easy to under-react, so we definitely need to investigate now that they’re released from parc ferme and try to best understand what’s happened.

“There probably won’t be a super obvious smoking gun saying ‘pick me, it was my fault’ but we’ll definitely investigate and make sure that we have a better set-up for tomorrow so it doesn’t happen again.”

Despite his first finish outside the top 10 this season, van Gisbergen still holds a healthy 193-point advantage over team-mate Jamie Whincup.