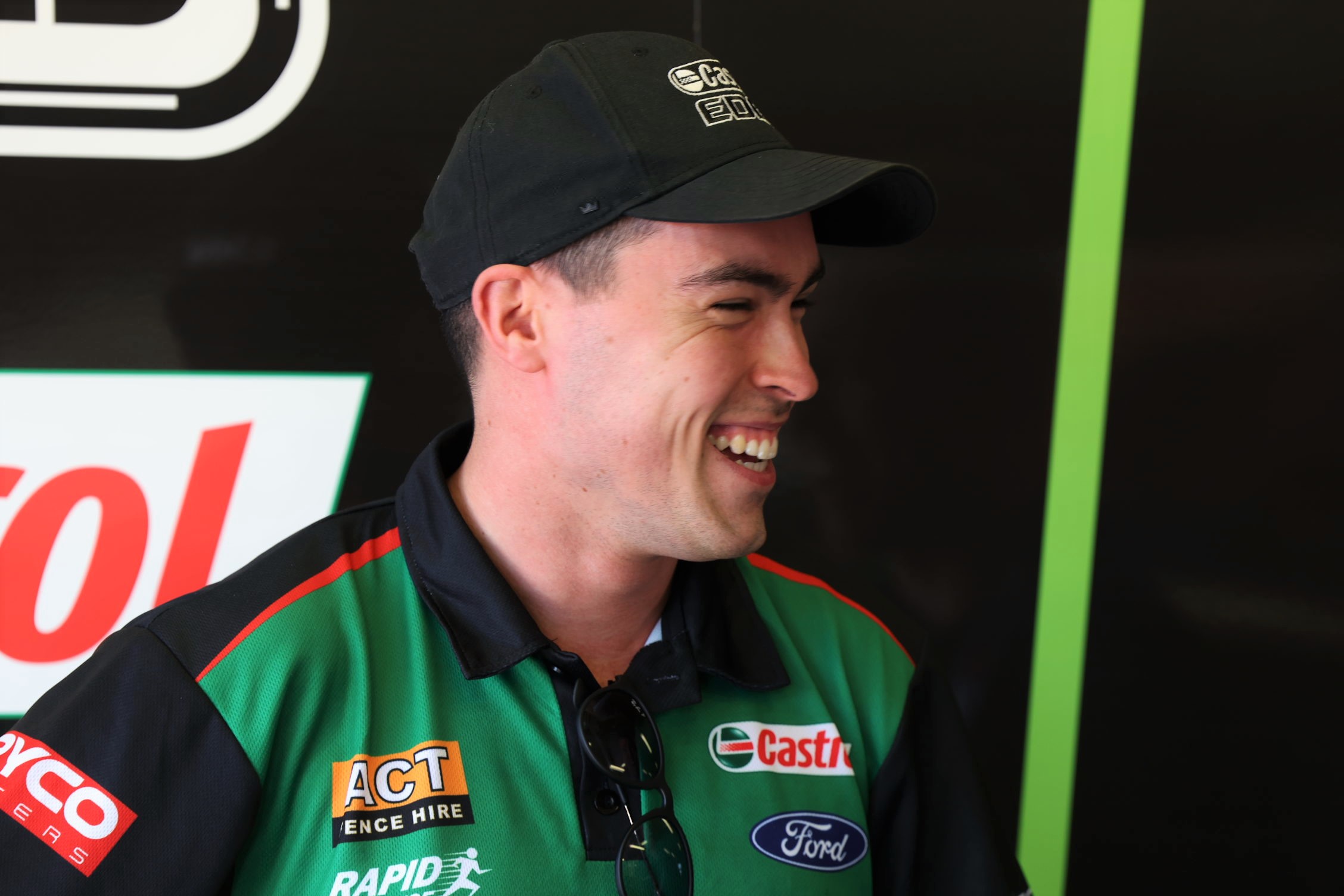 Thomas Randle moments after learning his future was secured

Six months ago Thomas Randle was battling testicular cancer. Now the 25-year-old has a confirmed place full-time on the 2022 Repco Supercars Championship grid.

It’s been a whirlwind journey for Randle, right up until confirmation of his graduation to the main game.

Yesterday it was announced Tickford Racing had successfully tendered for a fourth Racing Entitlements Contract.

While it was known that Randle would likely make the step up given his signing of a multi-year deal starting this year, the Victorian was still surprised to learn it had been made official.

Randle was taken aback, stepping away from the interview to speak with his team boss before returning with a grin like a Cheshire Cat.

“It’s pretty bloody amazing, man,” said a flustered Randle prior to the first practice at the Merlin Darwin Triple Crown.

“I’ve been working pretty hard behind the scenes to make this happen. I’m pretty speechless.

“What a way to announce it and to be able to be straight out on track in 40 minutes.

“I’ve just got to thank my family and all my supporters over the years and the team for trusting me to race one of their Mustangs next year and this year in the wildcard programme.

“I didn’t think I’d be announcing it [on Friday], but I’m over the moon. It’s always the hardest step, is this one.”

Randle’s road to the championship hasn’t been without personal problems.

His testicular cancer diagnosis threatened to derail his Super2 Series winning campaign, which came with its own physical and mental battle that he fought early that year.

Off the back of winning that title, he had been on the cusp of breaking into the championship in 2021, only for Tickford Racing to be forced to downscale to three cars, leaving Randle out in the cold.

“I think back and it was six months ago that I was doing my treatment,” Randle recounted.

“For the team and my supporters to have so much faith in me and to be announcing six months on from really finishing my chemo that I’ve got a full-time drive in 2022 is pretty fantastic.

“We worked quite hard to make it happen this year but there were a lot of factors. Certainly the health challenges were won, but with the REC and just trying to get everything there, it didn’t come off.

“If it was easy, everyone would be doing it. We won the Super2 Series last year. I’ve always wanted to believe that if I was going to make it, I want to make it on merit.

“I’ve just got to thank Tickford Racing for believing in me. All my supporters, my family. Let’s make all those Ford fans really proud.”

This weekend Randle will contest the Merlin Darwin Triple Crown in a Castrol-backed Ford Mustang.