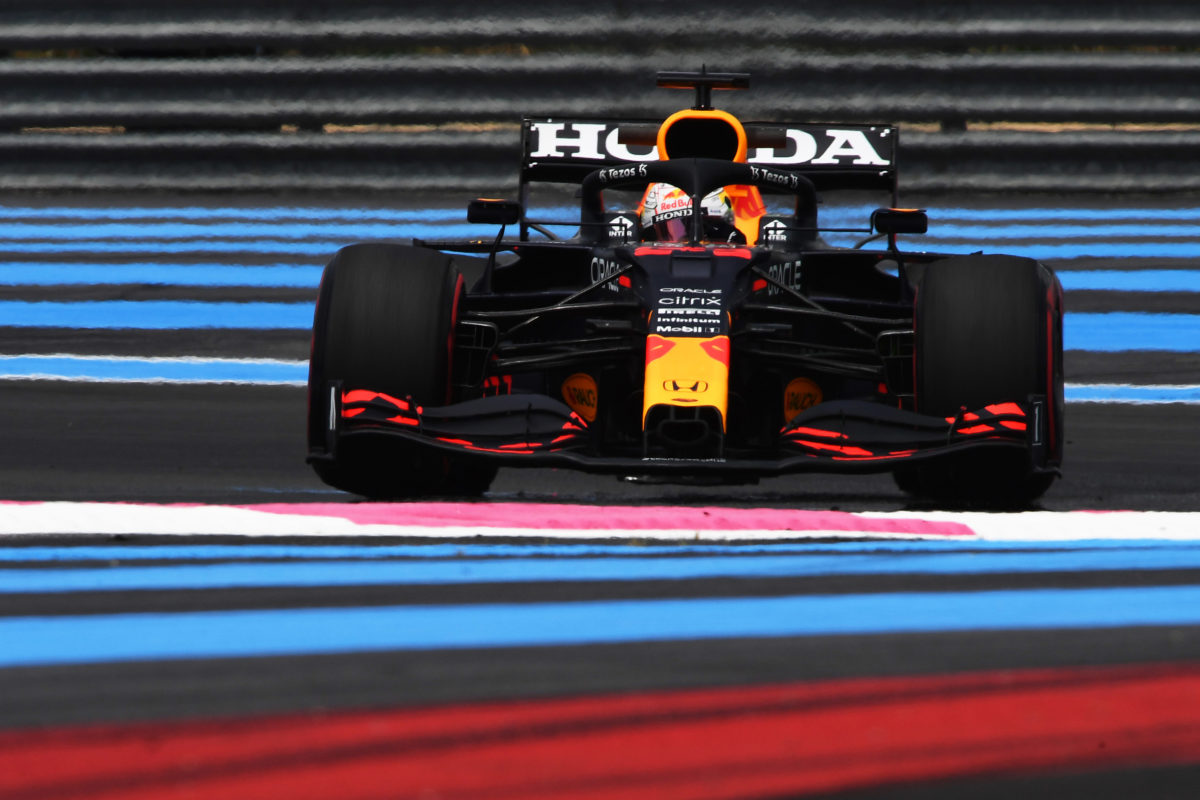 There was just 0.008s between the fastest two at the end of the session, which saw qualifying runs set the order as the back half of proceedings was spent focused on race simulations.

Conditions in Paul Ricard remained tricky as blustery conditions saw many run off the road, though none found the wall as Mick Schumacher and Sebastian Vettel had in the earlier running.

Bottas started the session with his Free Practice 1 form to set the early pace, banking a 1:32.880s inside the opening five minutes.

Using a set of the medium compound tyres, it saw the Finn go a full second clear of Verstappen in second place on the yellow-walled rubber.

It was a busy start with all but Ferrari’s Charles Leclerc heading out as the green light came on.

Local favourite, Esteban Ocon, jumped to third with his soft tyre run, recording a 1:33.821s to signal the beginning of qualifying simulations.

Having trailed Mercedes in the first half hour of the session, Verstappen went fastest with a 1:32.872s, 0.008s better than Bottas to that point.

Leclerc’s best left the pole man from the two most recent races fifth fastest, 0.6s away from the lead Red Bull to suggest Ferrari has dropped back into the midfield this weekend.

By comparison with the day’s opening 60-minute session it was a comparatively quiet affair.

In race trim, Bottas appeared the strongest on track with average lap times suggesting an 0.8s advantage over Hamilton.

The pair have switched chassis for the weekend, a planned change according to the team though one which appeared to work well for only half the garage.

Even still, the Mercedes duo looked faster than Verstappen in third, but by only a whisker, with Perez at arms reach back in fourth.

Daniel Ricciardo ended the day 14th best, 1.2s away from the outright pace and 0.3s away from his McLaren team-mate Lando Norris.

A final 60-minute practice session follows on Saturday, which begins at 20:00 AEST.