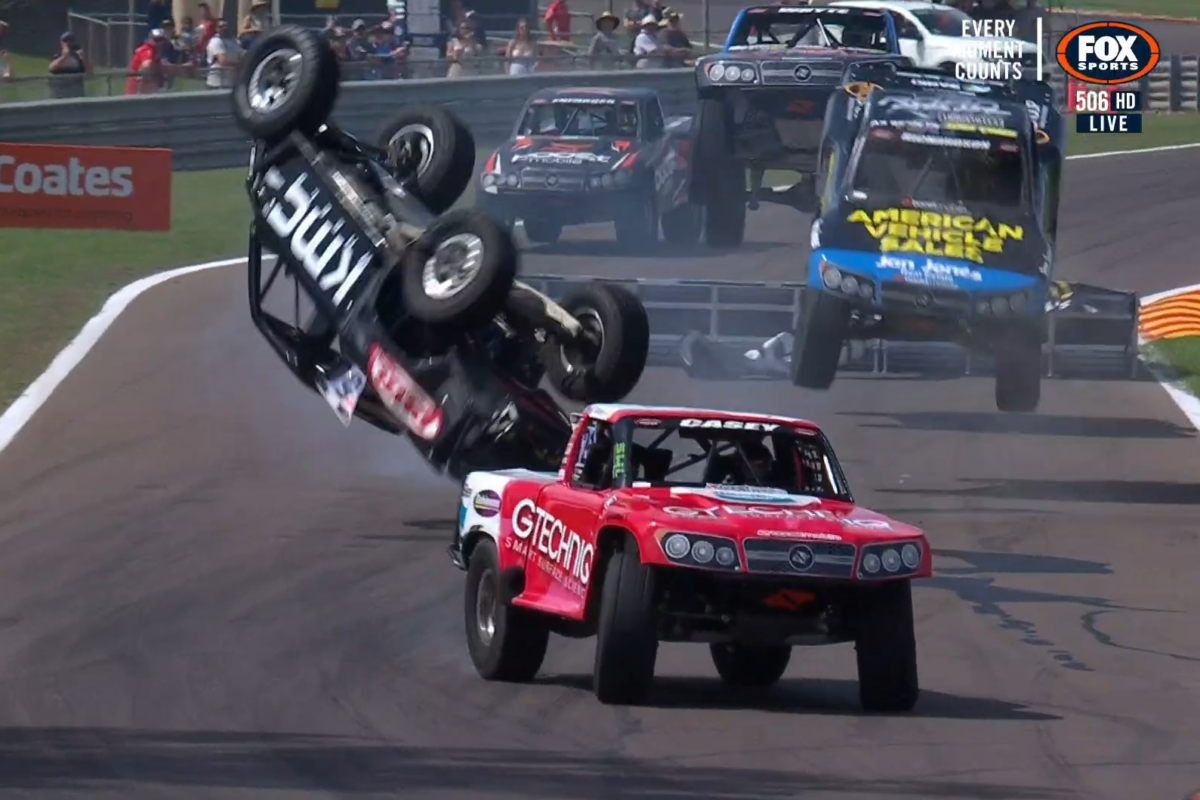 Weel’s #50 truck was flung over when he hit a ramp at an awkward angle after contact with Dave Casey on Lap 7 and while the former Supercars competitor was able to drive away from the scene of the crash, he would retire from the contest.

The resulting Caution set up a one-lap dash to the chequered flag, upon which Paul Morris passed Greg Gartner at Turn 1 and went on to take victory.

It was Nash Morris who led initially, having been handed a front row start due to the inversion of the field after qualifying.

Gartner quickly made his way from fourth on the grid to second spot, before getting a run on Morris junior on Lap 4 and making the pass as they braked for Turn 5.

The Competition Caution was called at the end of that lap, by which time Morris senior had risen to third and fastest qualifier Shae Davies to fourth.

The latter had already had a hair-raising moment over a jump of his own, and that had also involved Casey.

Having been squeezed as they exited the Turn 6 hairpin on Lap 3, Davies could only get two wheels onto the ramp which followed but managed to catch his #88 truck after skewing onto the grass.

At the first restart, Paul Morris drove down the inside of his son at Turn 1, and Davies took third spot off Nash later in the lap.

The Weel incident saw the race neutralised again, and ultimately cut two laps shy of its scheduled 11-lap distance, but that was still time enough for ‘The Dude’ to nab the win.

Another two SST races will be held tomorrow at Hidden Valley.