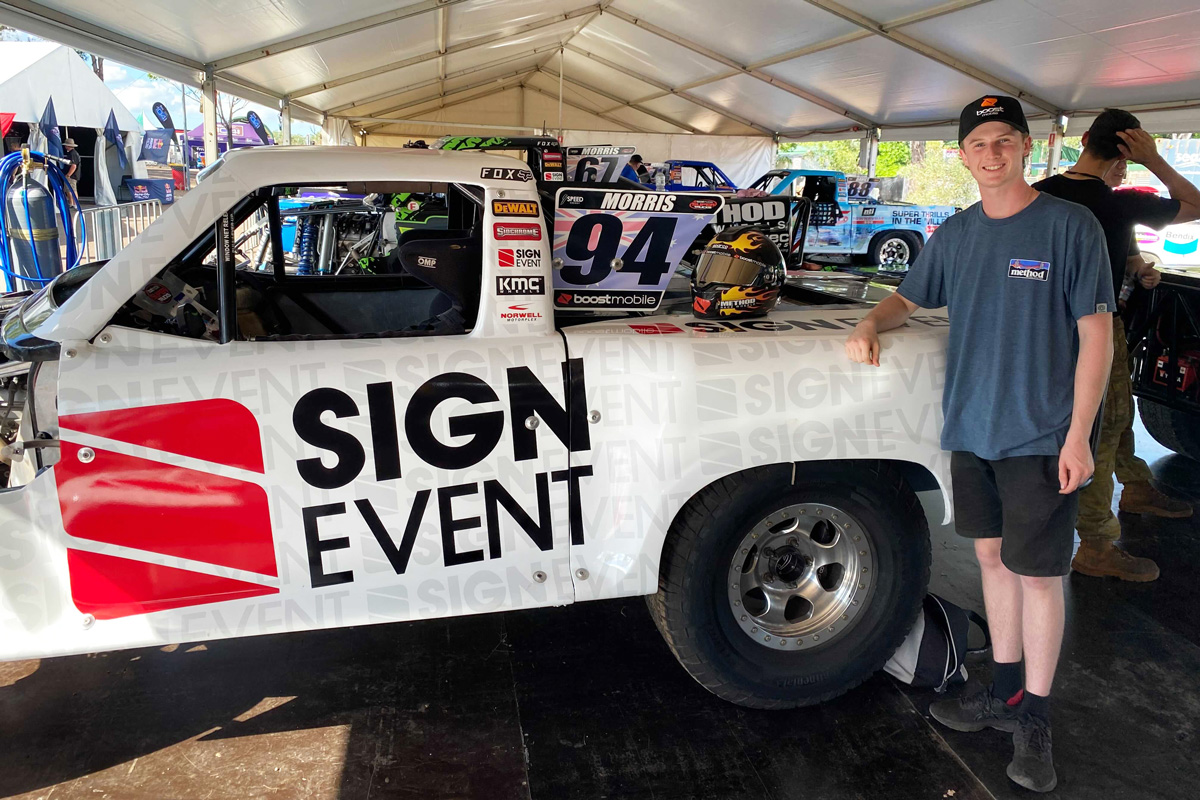 The son of 2014 Bathurst 1000 winner Paul is relishing being on double duties in the support classes at the Merlin Darwin Triple Crown.

“They’re quite different but it’s actually a bit easier when they are more different because you don’t pick up bad habits because of that, so it should be fun,” he told Speedcafe.com.

“A few of the sessions are back-to-back so I have to jump straight out and straight back in.”

Driving a Sign Event-backed truck that had initially been slated for Craig Dontas, Morris had a solid opening day at the event.

“It was alright. In the Stadium Truck I just cruised around because I had the back injury down in Tasmania, that’s why I had to pull out, so I just made sure that was all good,” he said.

“And in the Excel it was a bit hard to find a clear lap, that was the problem because there is so many different speed cars that you are always running into someone or someone is running into you.”