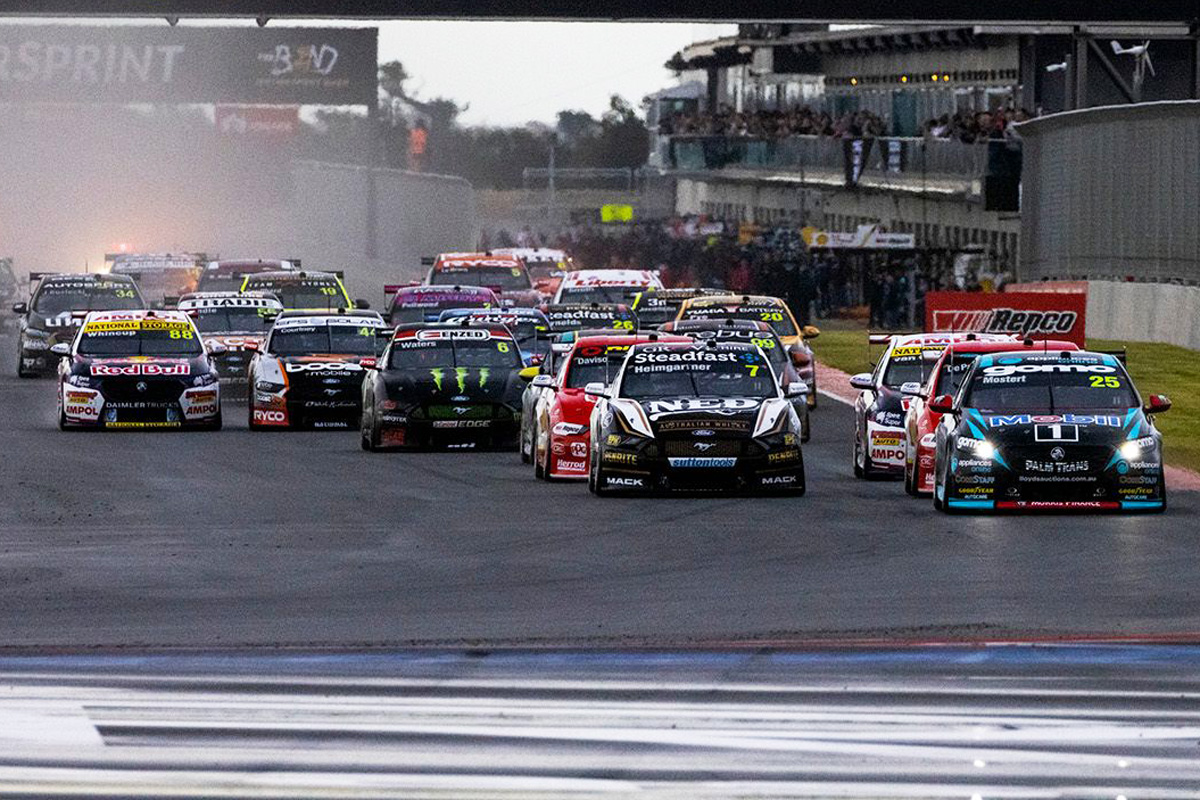 Gen2 cars will continue racing in Supercars until August 2022

Supercars CEO Sean Seamer has provided insight into why the category decided to delay the racing debut of Gen3 to mid-2022.

Due to the effects of the COVID-19 pandemic, international shipping delays have hampered progress on the build of Gen3.

So bad has been the uncertainty around shipping, Supercars opted to air freight three tons of steel to begin work on chassis assembly.

Adding to their woes, lockdowns in Melbourne have isolated key personnel in the development process throughout 2020 and 2021.

After months of speculation, Supercars finally confirmed it would delay the rollout of the project, announcing the news in a short statement.

Speaking with select media, including Speedcafe.com, Seamer expanded on the decision to delay.

“Obviously we needed all the wind at our back to be able to deliver in March,” said Seamer.

“We needed absolutely everything going for us. We started to run into some challenges on the project. We air freighted three ton of steel from Europe, as an example, for the chassis.

“When we had the lockdown in Melbourne we had teams on the road, many of whom were critical to the development and design and engineering work that was going on with Gen3.

“You start to run into too many barriers to try and achieve what you want to do. We, collectively, and in discussions with our partners, the Gen3 steering committee, and speaking to all of our partners, still wanted to get it out there and get those new cars out there as soon as possible.

“We’ve got an amazing run into the back half of the year every year, and we didn’t want to miss the opportunity certainly to get those cars out and ready for key events like Sydney Motorsport Park next year and in the lead up to Bathurst.”

As previously confirmed, the racing debut of the Gen3 car is set to take place at next year’s Sydney SuperNight. Seamer said Supercars is still targeting that August date.

It’s a stake in the ground for the category to work towards and gives them the added benefit of time to test the prototypes and build a 25-car grid.

“With what we can control, barring another outbreak, god forbid any other challenges, that’s a very achievable timeline,” Seamer explained.

“Adrian [Burgess, Supercars head of motorsport] and his team are putting in huge hours. No one is taking their foot off the gas.

“That extension of timeline affords us a lot more testing, durability work, getting everything to a position we’re extremely comfortable with, and also allows for more modest expectations around international freight.

“If we had to air freight every single component for that car, the costs would start blowing out.

“That’s really what that extra time has bought us. That’s why we didn’t want to wait any longer than August next year to get ready to go out there.”

Supercars does have to face the fact that it will debut a new car midway through the year, something which in worldwide contemporary motorsport is unprecedented.

It’ll mean Supercars puts in significant work to keep fans up to date with development of the new cars and make them as familiar with them as possible before they begin racing.

“We certainly won’t be flicking a light switch on in the middle of next year,” said Seamer.

“There’ll be a considerable amount of coverage of the prototypes. We’re going to be doing a lot of work to bring the cars to life in conjunction with our manufacturing partners.

“Hopefully, you’ve already seen, we’ll increase the volume and quality of content that’s coming out around the project.

“It’s a shame that we haven’t been live in broadcast for a while now,” Seamer said, noting the break since Tailem Bend after the postponement of the Winton event.

“Mark Larkham will certainly be helping us in-weekend. Felicity [Hamblin, Supercars PR and communications general manager] and the digital team will be covering a lot more content in a lot more depth when we’re not racing as well.

“This isn’t going to be a ‘ta-da’ moment for our partners or our fans. Certainly we’re going to take everyone on the journey.

“Our priority, right now, is to get working on getting the prototypes running out there so people can see and hear how great these cars are.”