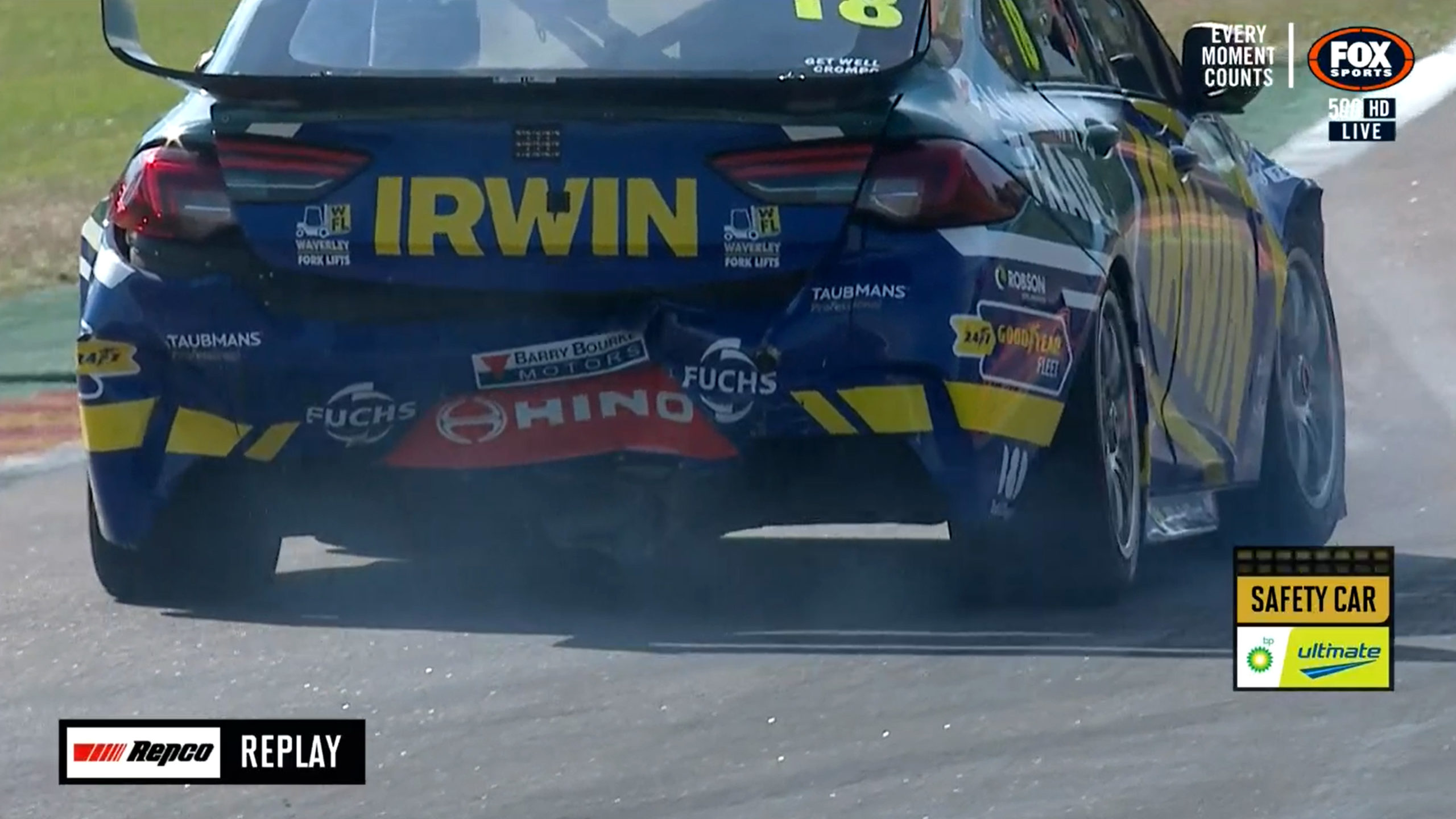 Damage to the #18 Holden ZB Commodore

A downbeat Mark Winterbottom has recounted the pre-race dramas that kicked off a tale of woe in Race 12 at the Merlin Darwin Triple Crown.

The #18 Holden ZB Commodore lost power as Winterbottom came to the start/finish line for the first race of the weekend at Hidden Valley Raceway, resulting in him stopping short of his pit box.

Winterbottom would get the car going again, though it cut out again as he plucked second gear off the start line.

Conscious of his problems, the Irwin Racing driver swung to the right-hand side of the road as his car re-fired.

Having lost a handful of positions, Winterbottom slotted into the back end of the top 10, though his dramas didn’t stop there.

He duly hit the right rear corner of the stricken De Pasquale, simultaneously copping a hit from behind.

Winterbottom returned to the pit lane for repairs but would cede eight laps to the lead of the race.

“This sport gives me the shits sometimes,” said Winterbottom.

“It’s so cruel to you but you keep coming back.

“I still beat him [De Pasquale] off the line and then the thing conked out.

“It’s cruel, it’s cruel, because even with all of that shit, I still beat him off the line and could have led into [Turn] 1 and blocked him and got going.

Team 18’s woes went from bad to worse when Pye, who had started fourth, was handed a drive-through penalty for his role in the Turn 1 incident.