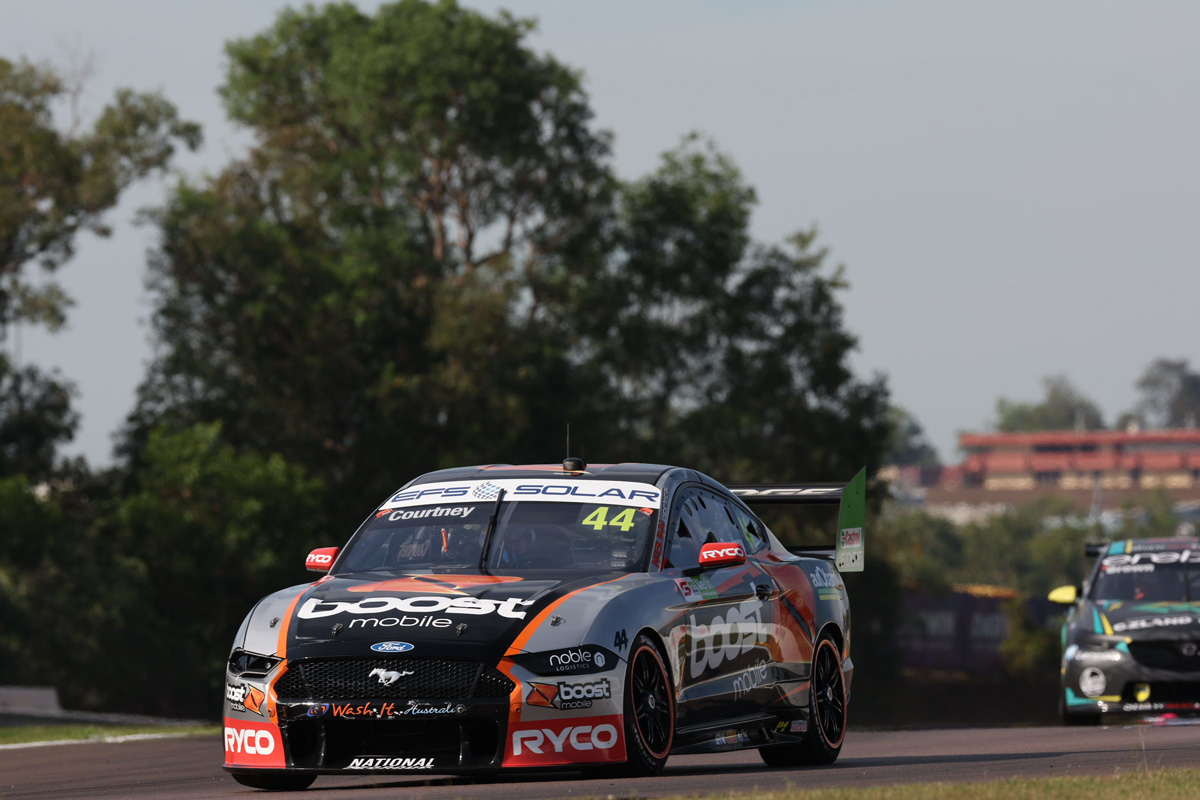 The Tickford Racing driver was penalised for a Safety Car restart procedure breach.

Courtney crossed the line fifth, behind Erebus Motorsport’s Brodie Kostecki, who was carrying a five-second penalty for shortcutting the track after contact between the pair at Turn 5.

That meant Courtney was initially classified fourth, ahead of the other Erebus Commodore of Will Brown.

Brown had been served with a drive-through penalty during the race for a Safety Car restart procedure infringement, but that was rescinded, and a penalty was instead post-race handed to Courtney.

“A PLP on Car #9, Will Brown, for a breach of the Safety Car restart procedure (overtook Car #44 before the
Control Line),” read a note in the stewards report.

“This Penalty was revoked before it was served when new evidence became available to the Stewards which revealed that Car #44 had decelerated and braked before the Control Line.”

A separate bullet point then clarified the Courtney situation: “A 5 Second Time Penalty on Car #44 for a breach of the Safety Car restart procedure for braking before the Control Line which caused a change of position with Car #9.

“The DRD had investigated the Incident in consultation with the DSA and accepted the Driver of Car #44’s explanation that he had recognised that Car #9 would take the position before Turn 1 and was attempting to yield but had misjudged the position of the Control Line.”

The penalty promotes Brown to fourth and Unit Racing’s Jake Kostecki to fifth while Courtney drops to 10th.