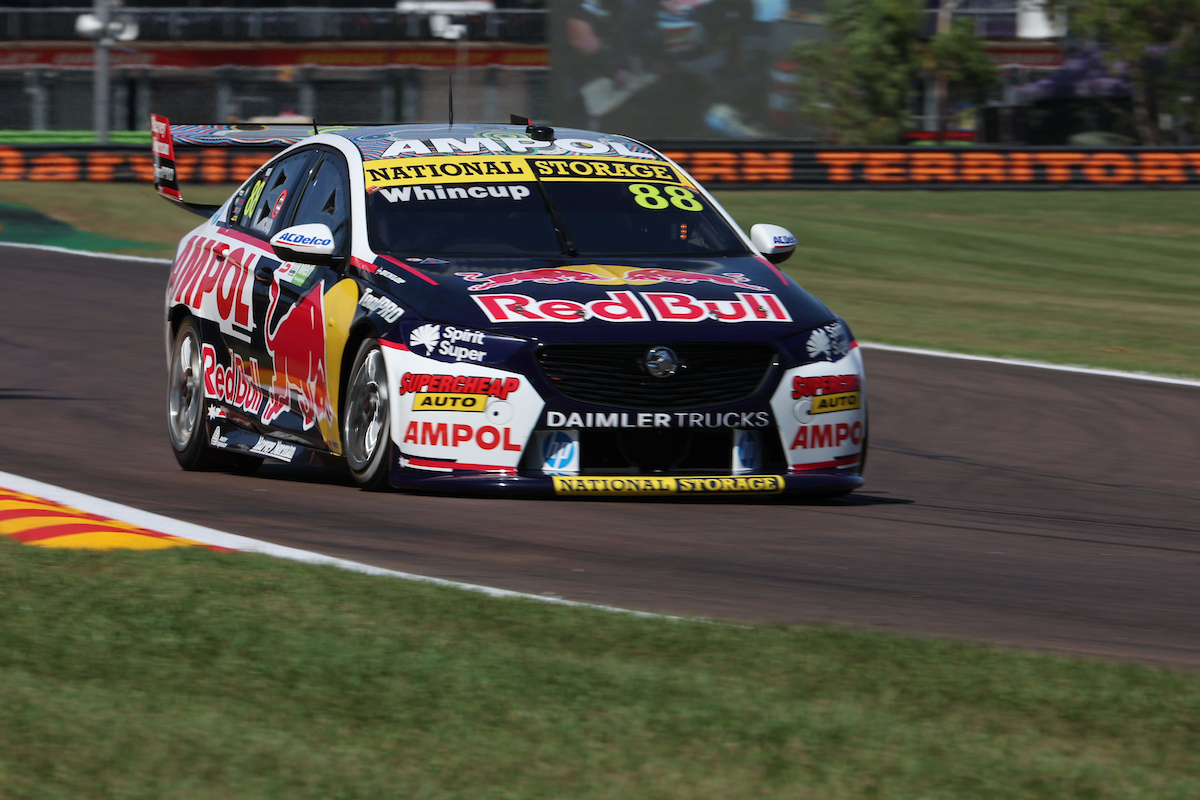 With Jamie Whincup having declared that Supercars’ super soft tyre will not degrade as much as might be expected in Darwin, we take a look at the numbers.

Hidden Valley’s relatively smooth surface will not be too harsh on the new-spec rubber, despite the high ambient temperature, reasons Whincup.

As it happens, the Triple Eight Race Engineering driver, and the rest of the practice top three, completed long runs in Friday’s earlier session which give us some indication of tyre degradation.

Uncertainty remains due to this being the first official running on the super softs, and it is still a mystery as to whether or not drivers have hit the tyre ‘cliff’, or indeed if such a cliff even exists.

However, for some insight, we look at Whincup’s, Scott Pye’s, and Anton De Pasquale’s practice laps.

He appeared to pursue single-lap pace in that session, but went on a 15-lap run (not including out lap) to finish Practice 1. 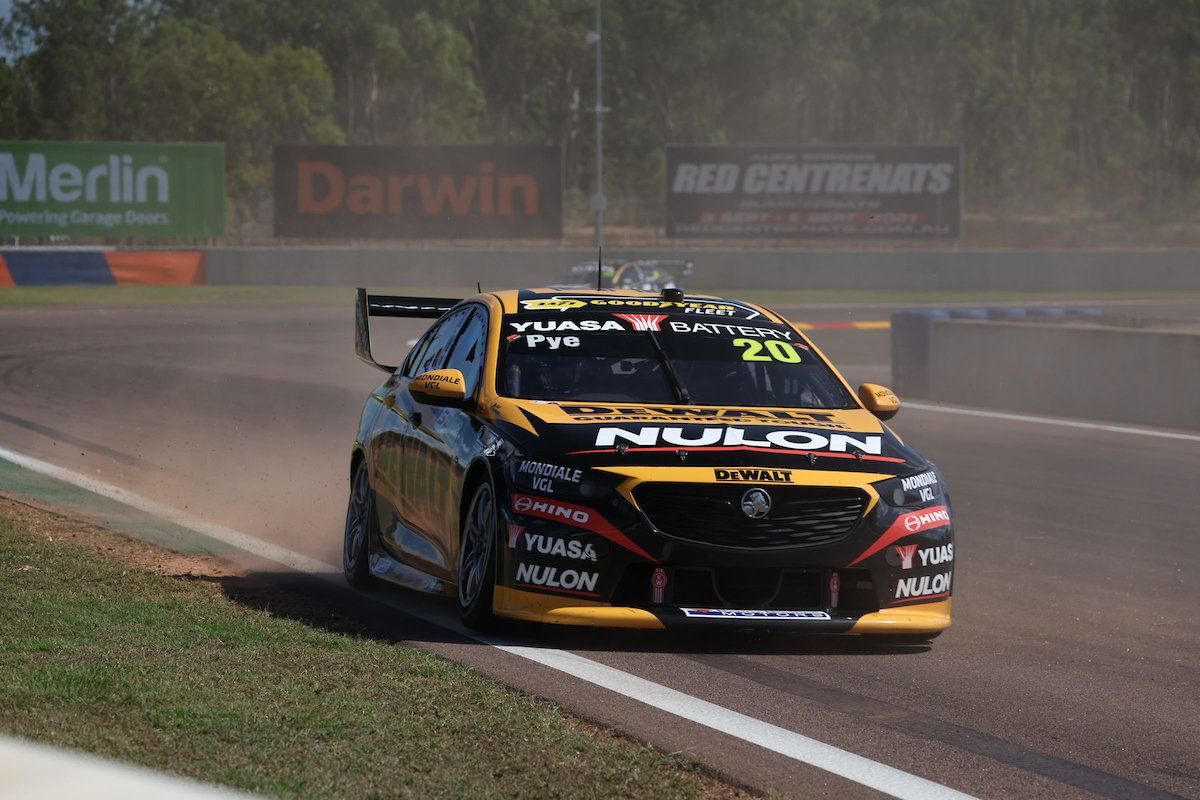 When Pye set out for his first run of the event, he did not bring the #20 Team 18 entry back to the pits until 23 laps later.

That gives us 21 full laps, the equivalent of just over half the 38-lap distance of each of the three races this weekend, to look at.

On brand-new hoops, given there were no pre-marked tyres for this event, Pye started in the mid- to high-sixes and was lapping in the mid-sevens for most of the latter half of the run.

Of course, the tyres which the South Australian will race on may well have a heat cycle already put through them by then due to use in qualifying, but that could also make them more hardy. 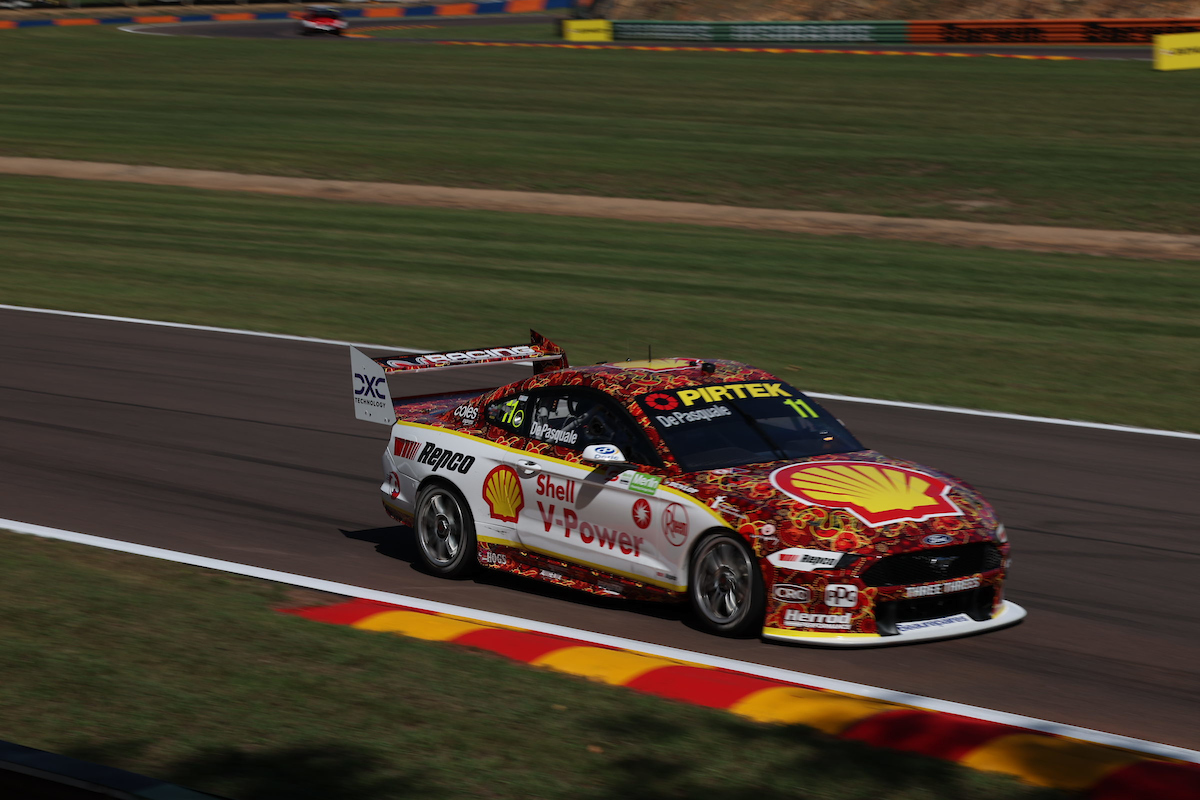 De Pasquale likewise went for a long run early in Practice 1, the longer of the day’s two hit-outs, at 18 complete laps.

The Dick Johnson Racing driver averaged a 1:07.6649s if the outlier of a low-nine is excluded.

To put that in perspective, De Pasquale bowled out four sixes in Practice 2, the best of those being a 1:06.0358s.

The figures above give weight to Whincup’s prediction that tyre degradation will not be so dramatic this weekend.

Each of the three men who did the most rapid laps in Practice 2 were able to maintain mid-seven pace on longer runs in Practice 1, matching or bettering the 1:07.6082s which was last year’s fastest racing lap (set on the soft compound).

Furthermore, both Pye and De Pasquale managed to do so over roughly half a race distance, which is noteworthy given the requirement for one compulsory pit stop in each 38-lap encounter.

What this data does not tell us, however, is what happens once one tries to go well beyond half race distance; that is, if one deviates from an even tyre strategy.

It should also be noted that, such is the allocation for the weekend, each driver now has only five sets of tyres to get through qualifying and those six stints of racing.

The super soft compound raises the strategic stakes in terms of the trade-off between a fast, two-tyre pit stop and slower, three- or even four-tyre stop.

As Whincup also said, there is still an element of the unknown given these will be the first three races ever on the super soft.

While the left-front might be relatively safe on an anti-clockwise circuit such as Hidden Valley, are teams best served changing rear tyres, the working side, three at a time, or even all four?

If they do change three in each race, at least one tyre will need to be used in multiple races, meaning it could be in for some serious punishment.

That much cannot be simulated in the time available in practice, and hence also remains a question mark.

There is so much more to play out over the three races to come, but the early signs are that the tyre ‘cliff’ will not be as big a factor as first thought.