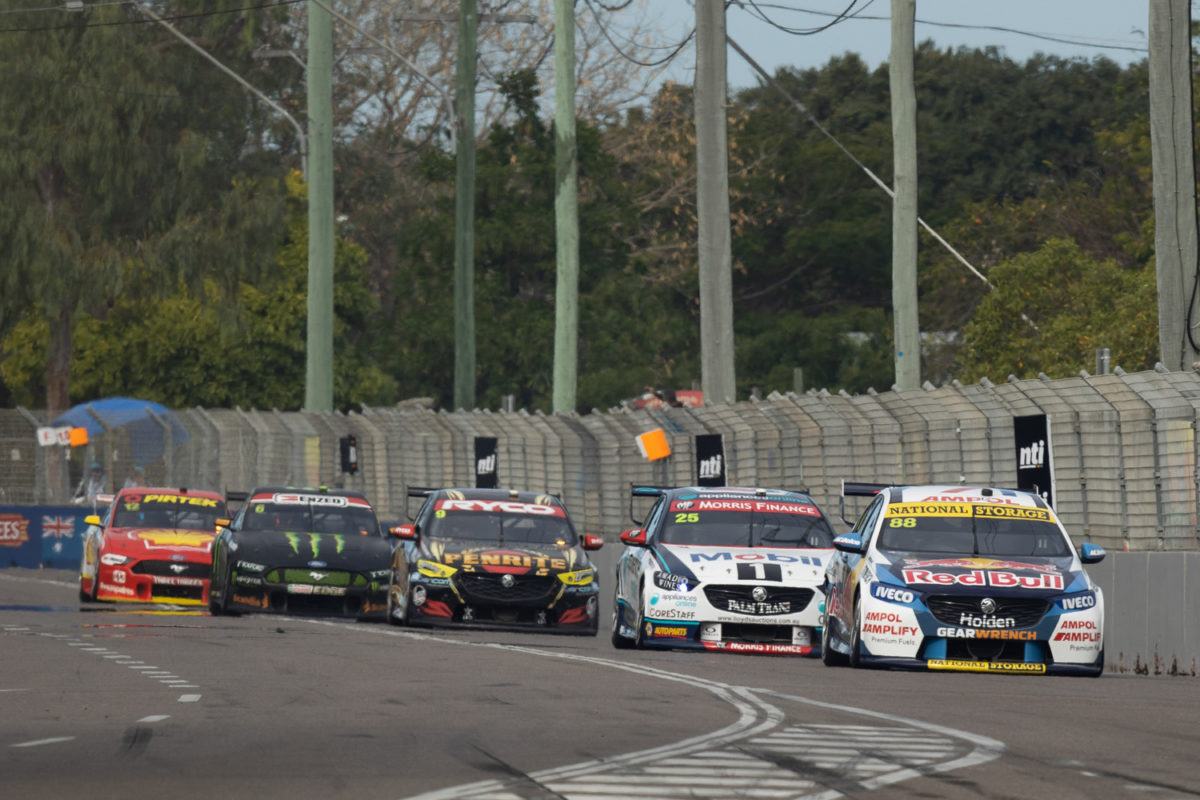 The first Townsville Supercars event of 2020

Supercars has advised that construction of the street circuit which hosts the NTI Townsville 500 is underway for this year’s event, amid ongoing border restrictions.

However, with Queensland Premier Annastacia Palaszczuk announcing yesterday that her state’s classification of Greater Melbourne as a COVID-19 hotspot would last for another week, that creates an awkward timeline.

“Supercars’ personnel and contractors are now working around the clock to bring together this year’s event which is set for 9-11 July.

“There are currently no restrictions in place that would cause any change for the event.

“As always Supercars will be monitoring the situation and will adhere to all government COVID requirements as they arise.”

Notwithstanding Premier Palaszczuk’s announcement yesterday, there can be no certainty over whether the hotspot declaration will end.

That is because local transmission in the Victorian capital continues, albeit at a slow pace, with one new local case recorded in the 24 hours to today.

Counting in Supercars’ favour is the fact that, once Queensland lifts a hotspot declaration, free travel from that location into the Sunshine State is allowed, regardless of the 14-day threshold.

“To remove any doubt, if an area of Australia is removed from the list of COVID-19 hotspots, a person may enter Queensland as soon as the area is no longer a COVID-19 hotspot, even if the person had been in the COVID-19 hotspot in the 14 days prior to their entry to Queensland,” reads Part 1 of the Border Restrictions Direction (No. 24), in part.

It is understood that Supercars is taking yesterday’s announcement out of Queensland to mean that the Melbourne hotspot declaration runs to June 23 (inclusive).

However, if the declaration was to continue beyond that day, personnel would have had to already have moved out of Melbourne before June 24 to ensure they can clear 14 days outside a hotspot and make the Townsville event in time.

That is because there are exactly 14 days between June 23 and July 8 (ie not including those dates), the latter of which would be set-up and track walk day in Townsville.

The above mentioned direction also states, in part, “A person must not enter Queensland unless the person … has not been in a COVID-19 hotspot in the previous 14 days or since the start date identified for the COVID-19 hotspot, whichever is shorter.”