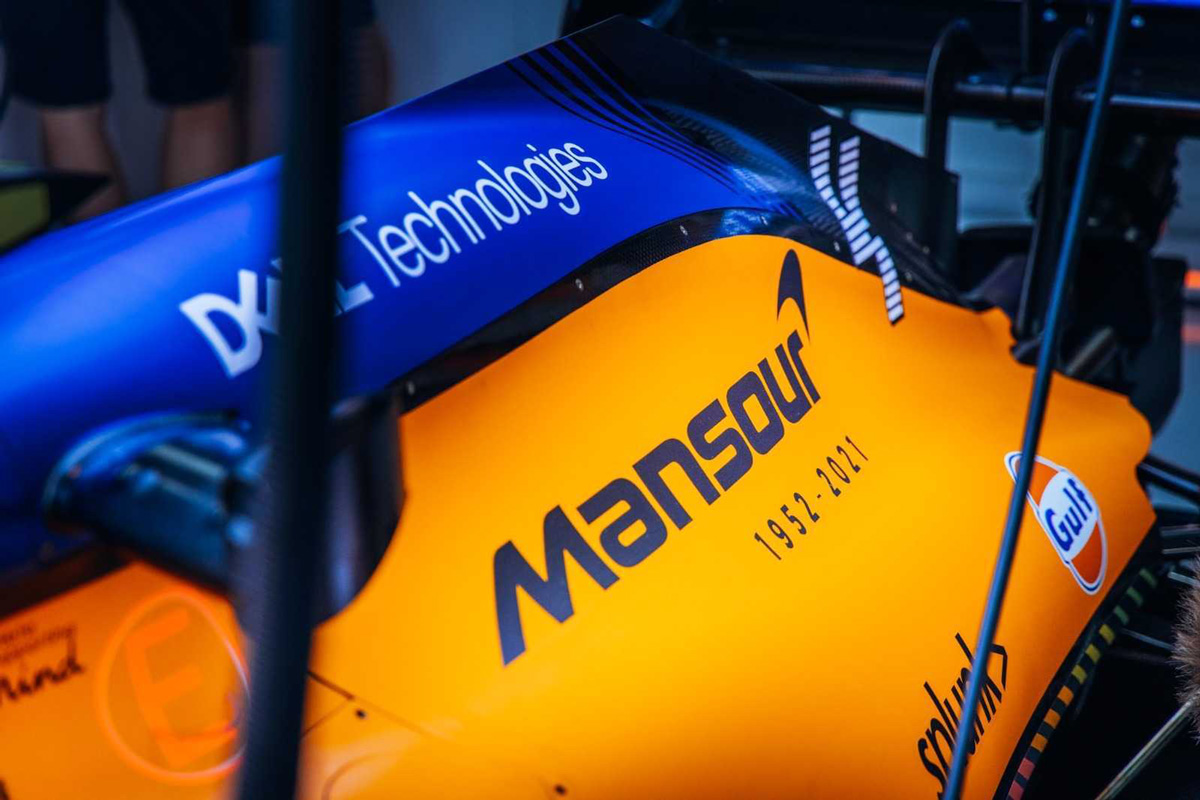 McLaren has made a tweak to its livery for this weekend’s French Grand Prix as a tribute to late co-owner Mansour Ojjeh.

The 68-year-old passed away on June 6 in Geneva, Switzerland.

Ojjeh had been involved with McLaren Racing since being approached by former team supremo Ron Dennis at the end of 1981.

Paying homage to the inspiration he provided, the Saudi Arabian-born entrepreneur’s name will appear on the team’s two MCL35Ms this weekend at Paul Ricard.

McLaren will be looking to reclaim a grip on third in the constructors’ championship this weekend after losing position to Ferrari last time out in Azerbaijan.