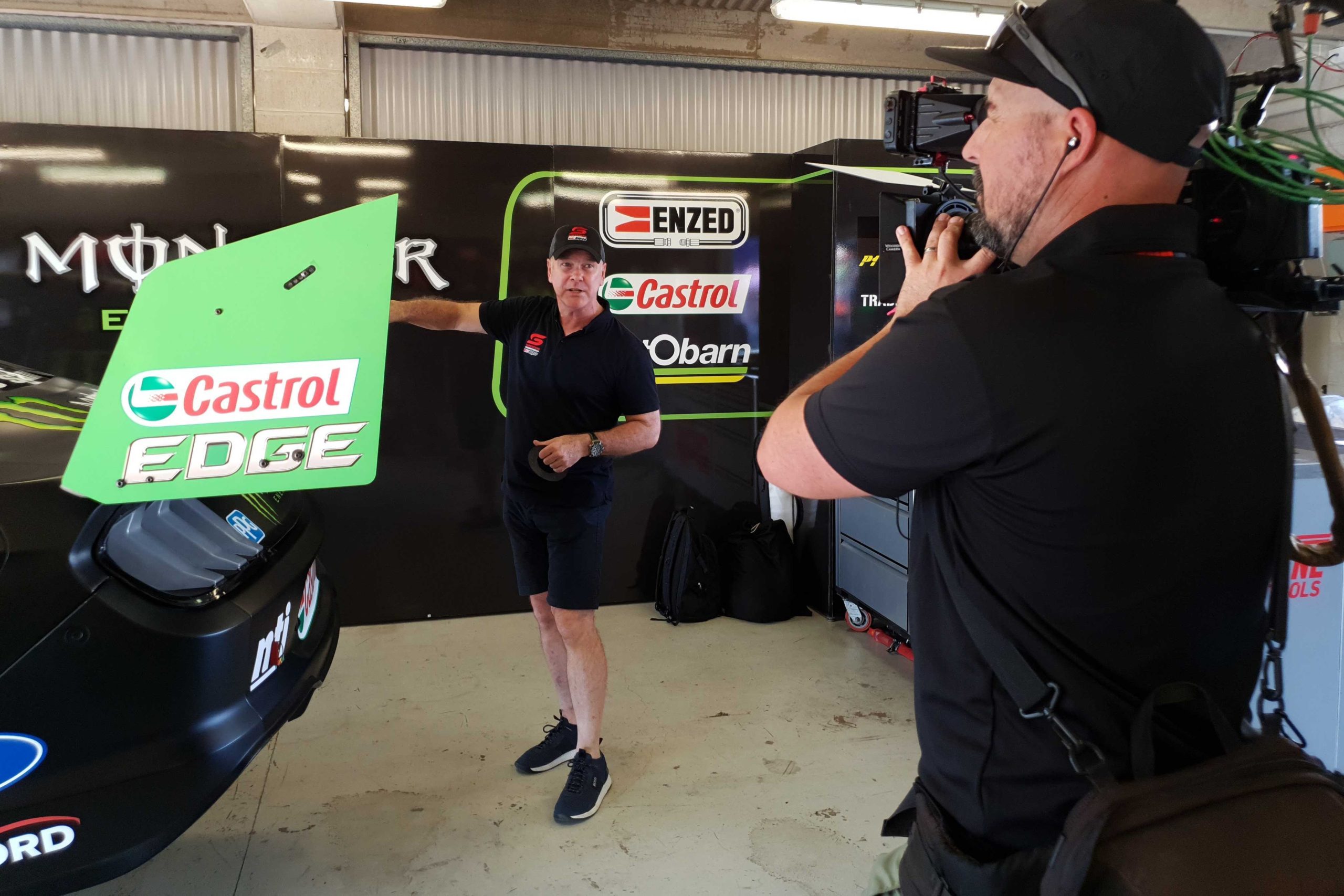 A new Channel 7 produced programme fronted by Mark Larkham disseminating the technical side of Supercars is set to screen next week.

Supercars 101 will be available online via streaming service 7plus and across the Channel 7 social media platforms.

Channel 7 has enlisted the support of Supercars Media and Tickford Racing in what is the network’s next expansion in its Supercars related programming.

NTI will take naming rights of Supercars 101, which will see Larkham joined by Tickford Racing drivers to explain the inner workings of the category.

The back-to-basics programme aims to make the technical side of the sport a less intimidating element of Supercars, while also catering to those hardcore fans.

Larkham will cover a range of technical topics, such as the fundamental underpinnings of the cars, core differences between road cars and race cars, the art of driving, tuning, understanding tyres, pit stops, and strategy.

The Supercars presenter will also be supported by the Tickford Racing drivers Cameron Waters, James Courtney, and Jack Le Brocq.

Among the topics the drivers will explore is the athletic side of the sport, recovery, and relationship management with engineers among other topics.

Channel 7 will also look to engage fans in the programme by using its social media platforms to find out what viewers want to know about.

The first episode will screen on Wednesday, June 23 with new episodes to follow every Wednesday thereafter.

Earlier this week it was announced Jack Perkins will present a new Channel 7 production looking at the history of Supercars, entitled 7’s Motorsport Classics.