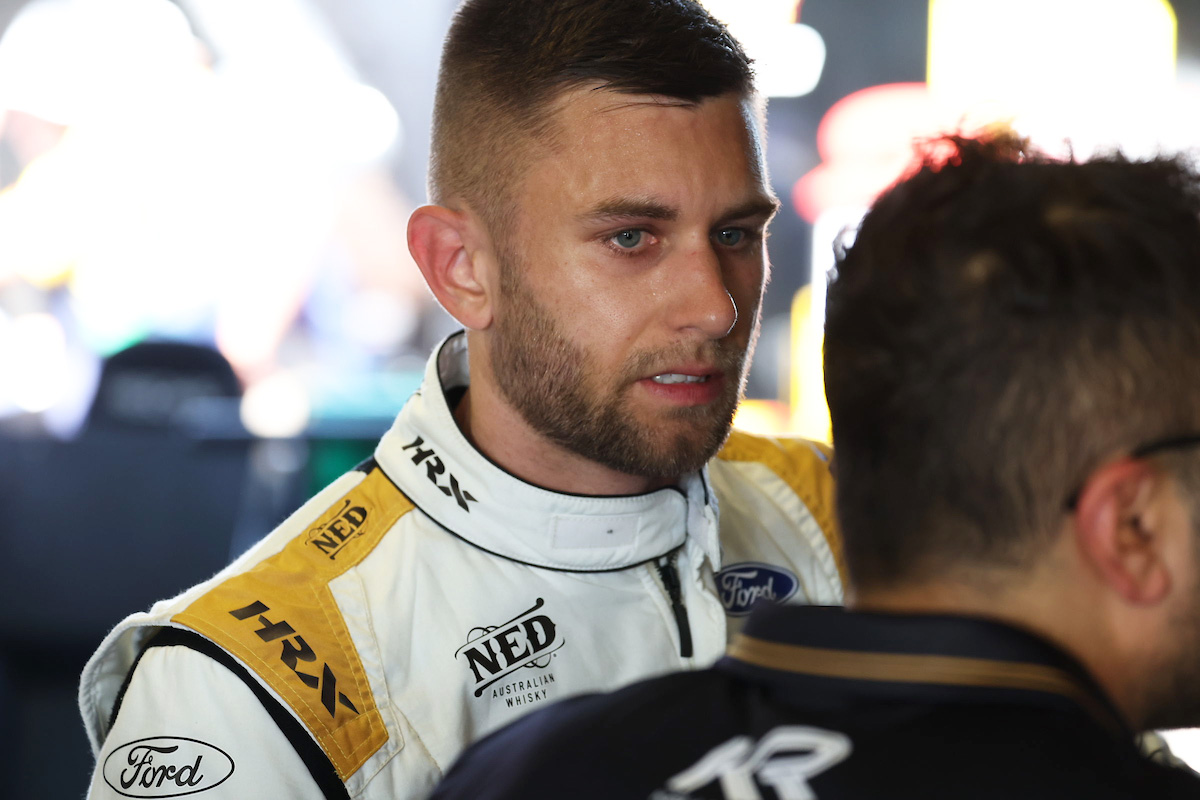 Andre Heimgartner is looking for wholesale changes to be made overnight to his #7 Kelly Grove Racing Mustang following a difficult first day at the Merlin Darwin Triple Crown.

A race winner at the previous event at Tailem Bend, Heimgartner struggled for any semblance of one-lap pace during today’s two practice sessions at Hidden Valley Raceway.

Having been 16th in opening practice, the Kiwi tumbled even further down the timesheets to 19th at the close of the second session.

Adding to Heimgartner’s frustration was a lack of direction on where improvements are needed.

“It’s just a general lack of grip,” he lamented.

“It’s not particularly doing one thing good or bad. I did the lap there and was like ‘this should be alright or somewhere halfway up the front’ and then P19.

“I’m not sure at the moment, it’s most frustrating because you don’t know what to target.

“We’re lacking a bit of everything everywhere, so the only good thing is the braking is half-alright.

“Anyway, we need to get something going, both cars were very slow in that one so we need to have a look.

“But luckily three days now (a three-day format is in use this weekend) so we have got some time overnight to have a think about it and come back tomorrow with a drastic change and see if we can take a step forward.”