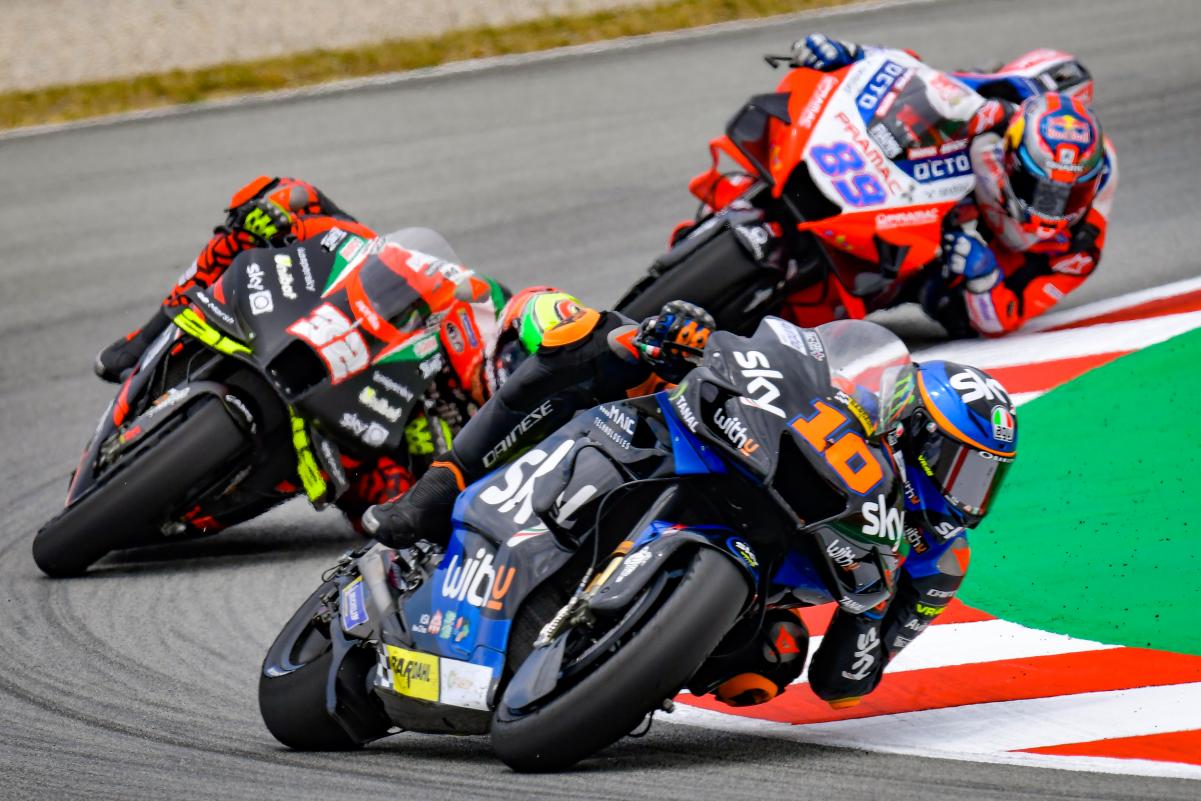 VR46 is set to announce which bikes it will race in its debut MotoGP season next week, says Valentino Rossi.

The legendary Italian’s team will move into the premier class in its own right in 2022, after backing Luca Marini’s Esponsorama Racing entry for this, his rookie MotoGP season.

Rossi is directly contracted as a rider to Yamaha and while he had nominated the Japanese marque and Ducati each as fifty-fifty chances of supplying VR46, it is the latter which is now considered the favourite.

Such a deal would take Ducati to eight bikes on the grid next year, including Pramac Racing and now Gresini Racing, but it has already publicly stated its willingness to make such a commitment again.

Rossi believes confirmation will come between this weekend’s German Grand Prix and the Dutch TT on the following weekend.

“I think that we will give some official news next week, in the days after Germany and before Assen,” said the seven-time premier class champion.

The squad effectively replaces Esponsorama on the grid and will keep Marini, Rossi’s half-brother and one of the VR46 Academy’s own, in 2022.

As for a team-mate, VR46 Moto2 rider Marco Bezzecchi is likely, but apparently not a certainty.

“Nothing has been decided yet, but we’d like to continue with one of our Academy riders,” explained Rossi.

“Bezzecchi is at the top of the list, but we’ll have to see how the next races go and understand what to do for him.

“First we’ll know which bike we’ll use, then the rider.”

Rossi maintains that he will decide his own future in the summer break, before which only two rounds remain.

That makes those two races “very important,” according to the 42-year-old, who is currently 19th in the championship and has not finished a race any higher than 10th this year.

“Very important,” he declared, “because the results are very important and we want more, we want to try to be stronger and to have some better results, take more points and make good races.

“So for sure, these two races before the summer break are very important.”

The most recent MotoGP race was followed by a test on the following Monday, which Rossi felt was promising.

However, how that will translate to the unique Sachsenring this weekend remains to be seen.

“Here in Germany is always very interesting because the layout of the track is very particular, all on the left, and it’s always very difficult to be fast in this track,” observed ‘The Doctor’.

“Looks like we also have to face a high temperature because it’s very hot. I don’t remember this temperature in the past in Sachsenring.

“And we will see, because anyway it’s been two years since we came here, so we have to understand the difference after two years and we hope to be strong.

“I was quite fast in the Monday test at Barcelona, I finished in P10 but my pace with a race tyre was quite fast, so we will see our level during this weekend.”

Practice for Round 8 starts tonight (AEST).