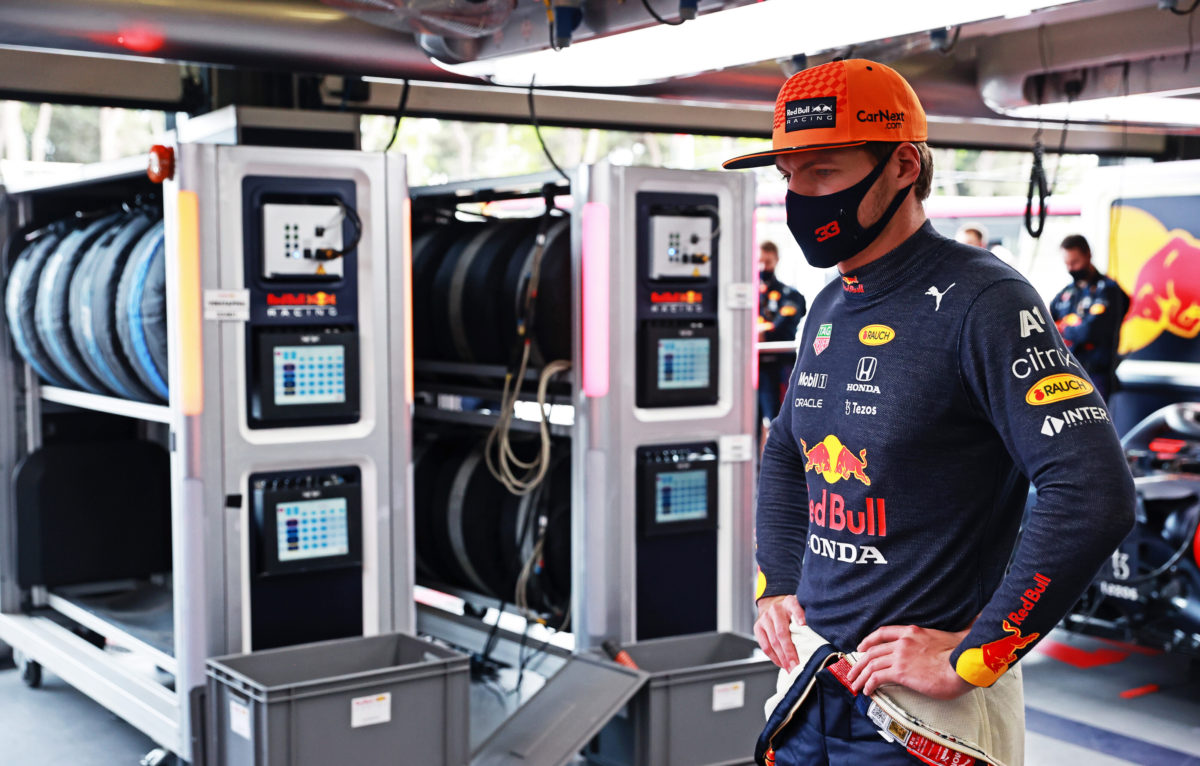 Max Verstappen has not allowed himself to get hung up on his late retirement from the lead of the Formula 1 Azerbaijan Grand Prix.

The world championship leader crashed out in the closing stages when he suffered a rear tyre failure, pitching him into the wall at near terminal velocity.

Pirelli has since conducted an investigation into the incident, along with Lance Stroll’s similar high-speed prang.

The outcome of that investigation suggested that it was car setup which contributed to the tyre failures, a point Red Bull rejected.

Retirement in Baku cost Verstappen what looked a certain 26 points – 25 for the win, and one for fastest lap.

With title rival Lewis Hamilton in third, it would have seen the Dutchman extend his championship advantage by 11 points.

Instead, he continues to hold a four-point margin at the top of the drivers’ standings.

“Of course I would have liked to have won and it’s fair to say that we were on course to win in Baku, but that’s racing and these things happen.

“Sometimes it’s out of your hands so we just have to keep going and move on.

“We are still leading the championship and of course I would like to be leading with more points but it is what it is.”

Red Bull showed the way in Azerbaijan, and also outclassed Mercedes at the previous race in Monaco – an event won by Verstappen despite Ferrari arguably having a faster car.

With F1 this weekend set to return to a purpose-built facility for the French Grand Prix, the championship leader expects the Silver Arrows to refind the form which saw Hamilton win three of the first four races of the year.

“I’m feeling good but I’m sure that Mercedes will be very strong on the ‘normal’ tracks again, so we have to keep pushing and keep improving right to the very end because it’s never enough,” Verstappen warned.

“So far the season has been pretty good to us but we need to remember that there are still a lot of races ahead of us.

“I am happy with the race results that we have had so far and that we are leading the championship, but we also have to be there leading it in Abu Dhabi, that’s all that matters.

“The Circuit Paul Ricard is a fast track,” he added.

“There are a few fast corners towards the end of the lap and you also have to be quite careful with tyre degradation.

“There’s also a lot of run off so sometimes it’s a bit weird because there is so much space, which is of course completely different than the two street circuits we’ve just been to.

“I’m looking forward to going back there and hopefully stepping on the top step of the podium.”

Track action for this weekend’s French Grand Prix begins on Friday, with Free Practice 1 from 19:30 AEST.