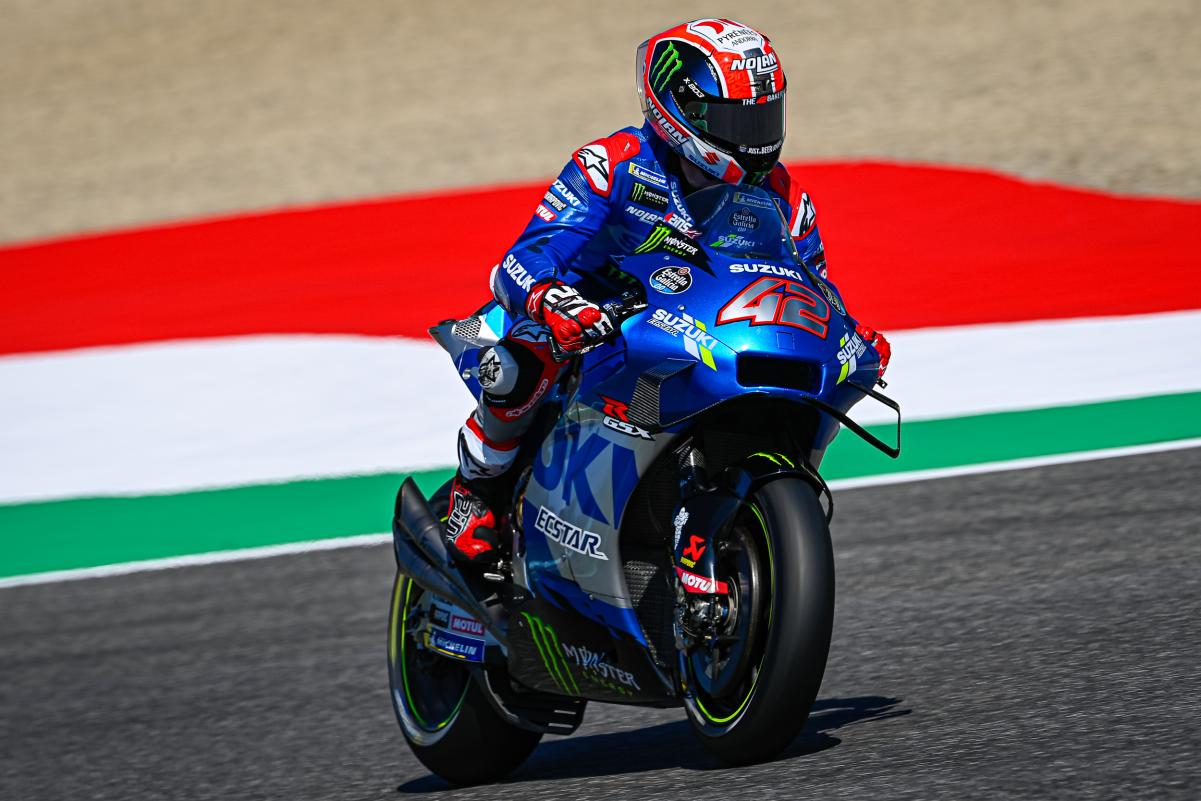 Alex Rins will attempt to make a comeback at this weekend’s German MotoGP after breaking his right arm just under a fortnight ago.

The Suzuki rider crashed in four races in a row before missing the last round altogether due to a spill on his bicycle on the Thursday at the Circuit de Barcelona-Catalunya.

Rins fractured the radius bone in the incident, which was reportedly a case of him running into a stationary van on the race track, and underwent an operation the next morning during which he had two screws inserted.

He was back in the same Barcelona hospital on Wednesday (June 16, local time) for checks, after which he was cleared to ride his GSX-RR at the Sachsenring.

Dr Xavier Mir advised, “After removing the stitches and checking his wrist we consider the mobility of the injury is pretty good and he will try to race in Germany.

“Of course, he could suffer some pain during the sessions and he might need some physiotherapy.”

Rins himself said, “I went to see Dr Mir for some checks and I feel quite well. He took out the stitches and the bone seems almost fixed.

“I have some pain when moving my wrist, so I will keep working on my recovery during these days. In any case, I will try to give it my all.

“We didn’t race in Sachsenring last year, so I’m really looking forward to getting back on track here in Germany.

“I’m very pleased to be back with the team; I can’t wait to see them all and return to racing with my GSX-RR.”

Rins is currently 15th in the championship with just two points finishes to his name, while 2020 championship-winning team-mate Joan Mir sits fifth, 37 points off the pace.

Suzuki’s project leader and team director, Shinichi Sahara, said, “We’re glad to see Alex Rins back on track this weekend after his injury and surgery in Catalunya.

“It will be tricky for him to come back at full strength, but he has already started his rehabilitation and the injury is healing well.

“This is quite a physical circuit for the riders, despite the short lap, so it won’t be easy for him but we know he is ready to push hard and recover from this bad patch.

“Joan Mir has had some nice consistent finishes during the last races, and we’re confident that he can continue to build on this success.

“We had a test after the race in Catalunya and we’ve worked on some small but useful adjustments which could help us in our quest.

“Sachsenring is not an easy track but we’re feeling ready for the weekend.”