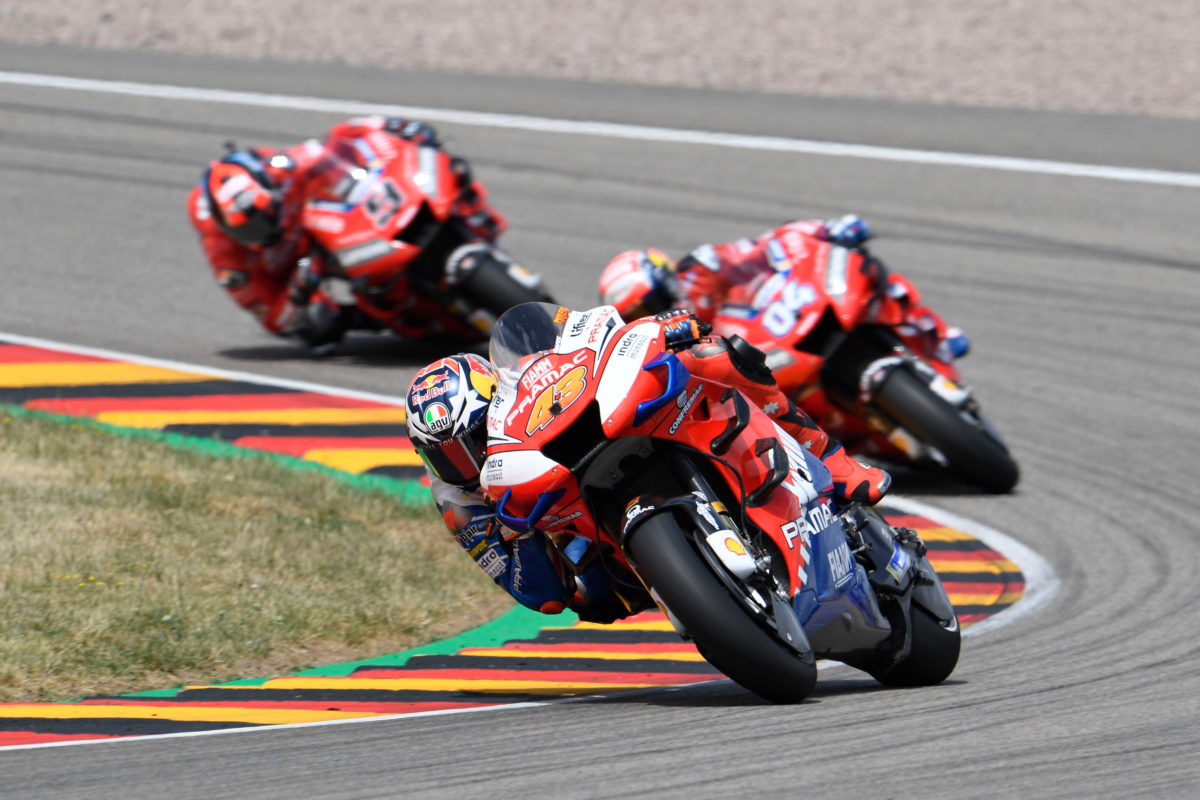 Jack Miller is not fazed at the prospect of riding a Ducati at the Sachsenring when the MotoGP season resumes this weekend.

The German Grand Prix, which returns to the calendar this year after the 2020 cancellation, will play out at a circuit which hardly suits the Desmosedicis.

The Sachsenring is not only one of the shortest tracks on the calendar, but much of the lap is spent turning, and the top speed is the lowest in MotoGP.

Ducati, whose strength is unquestionably straight-line speed, has not had a podium there since Andrea Dovizioso finished third in 2016, and its only win came back in 2008, courtesy of Casey Stoner.

However, the Bologna marque has seemingly improved the turning of its bikes in recent times, as evidenced by the fact that Miller was able to almost keep pace with Fabio Quartararo at Jerez before the Frenchman suffered arm pump.

Miller, who bagged a podium last time out at Catalunya, concedes Ducati is not the favourite this weekend but thinks a good result in Germany is still possible.

“It’s a very peculiar track, and it’s also one of the shortest on the calendar,” said the Queenslander of the Sachsenring.

“Ducati isn’t one of the favourites at this circuit, but this year we’ve managed to be competitive even on tracks that should have been difficult for us.

“We’ve had another good weekend at Catalunya, and my feeling with the Desmosedici GP continues to be very good, so I’m confident that I can fight for another good result at this grand prix.”

Miller took third position in the championship off Ducati Lenovo team-mate Francesco Bagnaia with his third placing in Barcelona, where the Italian finished seventh.

Bagnaia, who was at the head of the standings after the one-two at Jerez, three races ago, believes a good result is “crucial” in what is the second-last round before the summer break.

“We’re at the eighth round of the season and the penultimate race before the summer break,” he observed.

“It’s a crucial moment for the championship, and it will be crucial to get a good result this weekend.

“Sachsenring is definitely not one of the best tracks for our bike’s specifications, but I am confident that we can do well this year.

“As always, it will be important to be competitive right from the start of the weekend.”