It marks the first public appearance for the Franken-Merc since the team switched the bodywork from a Mercedes-Benz E63 AMG to a Holden ZB Commodore for ride days.

The drag strip display at Hidden Valley Raceway will coincide with the running of Nitro Up North, which will see Aeroflow Outlaw Nitro Funny Cars, the Nitro Sheriff Wheelstander, Top Doorslammers, and a Jet Car, running down the quarter-mile.

Kostecki said he’s looking forward to giving the car a run down the drag strip.

The Erebus Motorsport-built Mercedes-Benz Supercars were famed for their unique engine note due to the flat-plane crank.

“It’s what we call the ‘Mercodore’,” Kostecki told Speedcafe.com.

“So it’s got the Mercedes engine with the Commodore ZB body on it. It should be pretty cool.

“I’m going to do a big burnout. I’ve got permission to, so I’m quite happy about that.

“Probably with the burnout I’ve been told I can do, I’ll probably only get one run.

“We’re probably not the quickest cars from a standing start. I’m not sure who I’m versing, but we’re using our ride car, so whoever I’m starting next to I can probably just take them out.” 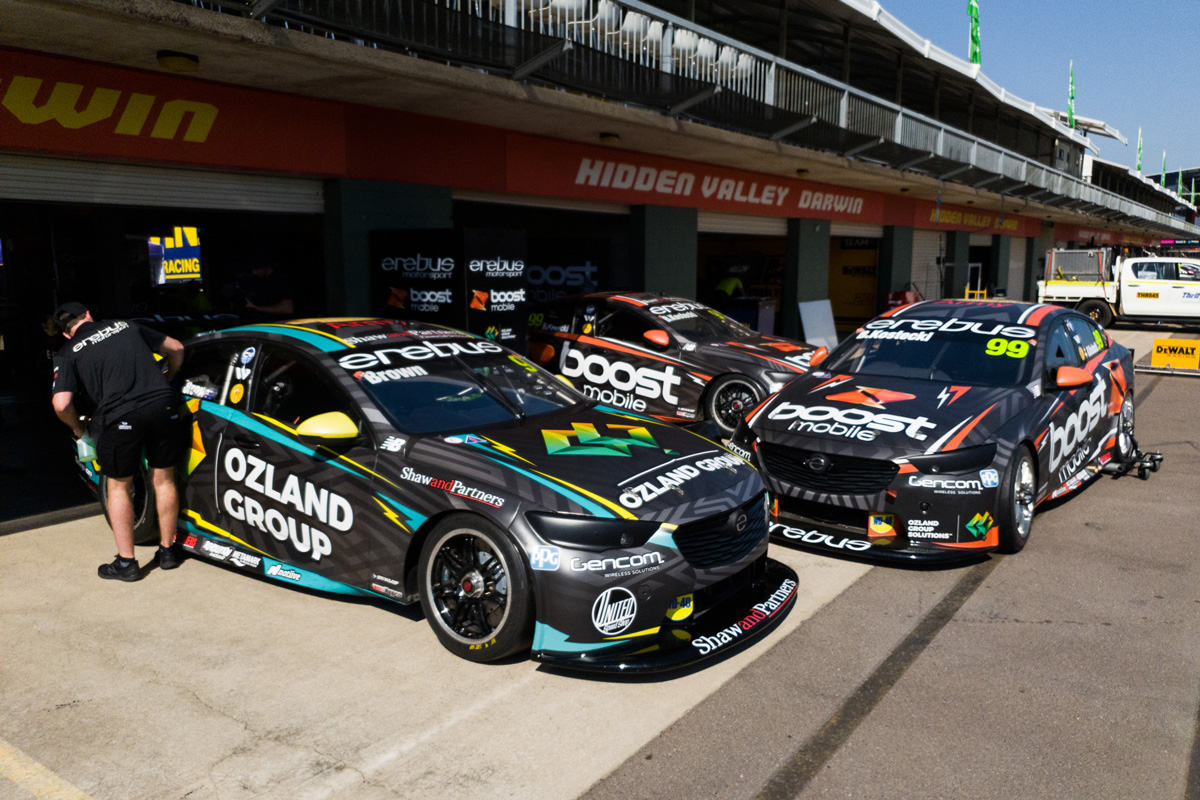 A trio of Erebus Supercars in Hidden Valley pit lane