Kurt Kostecki is not about to set the bar low for the second of three wildcard outings for Walkinshaw Andretti United this weekend.

The older brother of Matt Stone Racing regular Jake, he made his first solo start in nearly three years at the most recent round at The Bend Motorsport Park.

Having all but matched team-mate Bryce Fullwood on the Saturday there, Kostecki is pushing hard for some more promising results at the Merlin Darwin Triple Crown.

As it turned out, Kostecki did not lose much in the way of track time relative to the full-time drivers courtesy of the Winton SuperSprint – initially scheduled for late May – being postponed.

“To be honest I feel like a bit of a full-timer at the moment,” he told Speedcafe.com.

“Obviously it’s not ideal that the [Winton] round didn’t go ahead but at the same time no one else had many more laps than we’ve had since Tailem Bend so it kind of works in our favour a little bit, which is really cool.

“We missed out on a test day at Winton because of the restrictions but we’ll just push that back to another date after Darwin and then it will be full steam ahead for Perth.

“Tailem Bend was super tough, being a two-day event and then having the first day dry-wet-dry-wet… I was a little bit like a fish out of water [for Sunday qualifying] because it dried up. 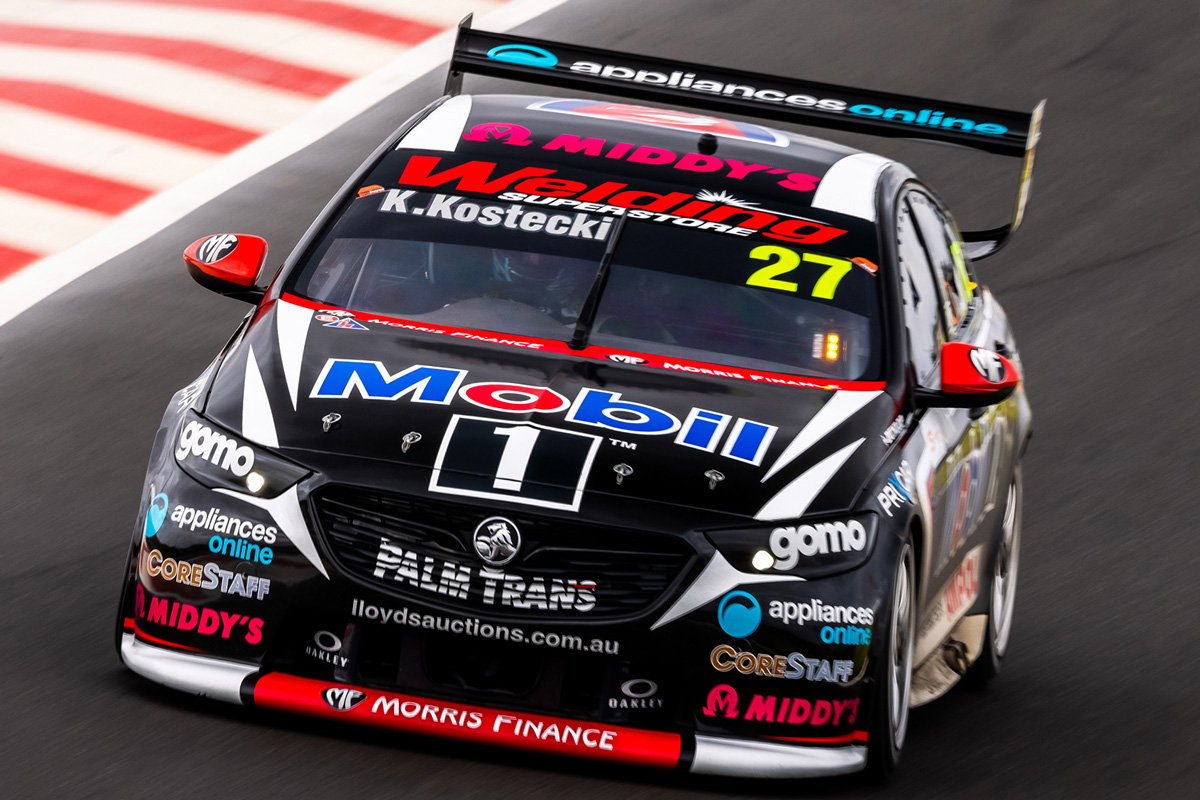 “I still think in the races there was a lot of positives on the Sunday – it’s kind of just a matter of putting it all together.”

Grateful for WAU’s dedication to his #27 additional entry, Kostecki is looking to reward their efforts this weekend by running as close as possible to Fullwood and Chaz Mostert.

“You base yourself off your team-mates so if the other two cars are really fast and up the front, then I don’t expect to be any slower really,” said the 22-year-old.

“It’s just trying to see where the cars roll out and then keep pushing further forward and race hard from there.

“We’re kind of lucky that this round is a three-day event so we can have Friday practice, digest everything that happens there, and do a lot of learning on the new [super soft] tyre as well which will throw a big spanner in the works.

“Obviously probably with the tyre it works in my favour again a little bit, because it just levels out the playing field more.

“Experience on different tyres helps but with this one it’s all new for everyone.”

The 2019 Super2 Series runner-up will again be engineered by Adam Austin at Hidden Valley Raceway.

His third and final wildcard appearance will come at the Bunnings Trade Perth SuperNight on September 11-12; he is then expected to co-drive with his brother at the Repco Bathurst 1000 a month later.