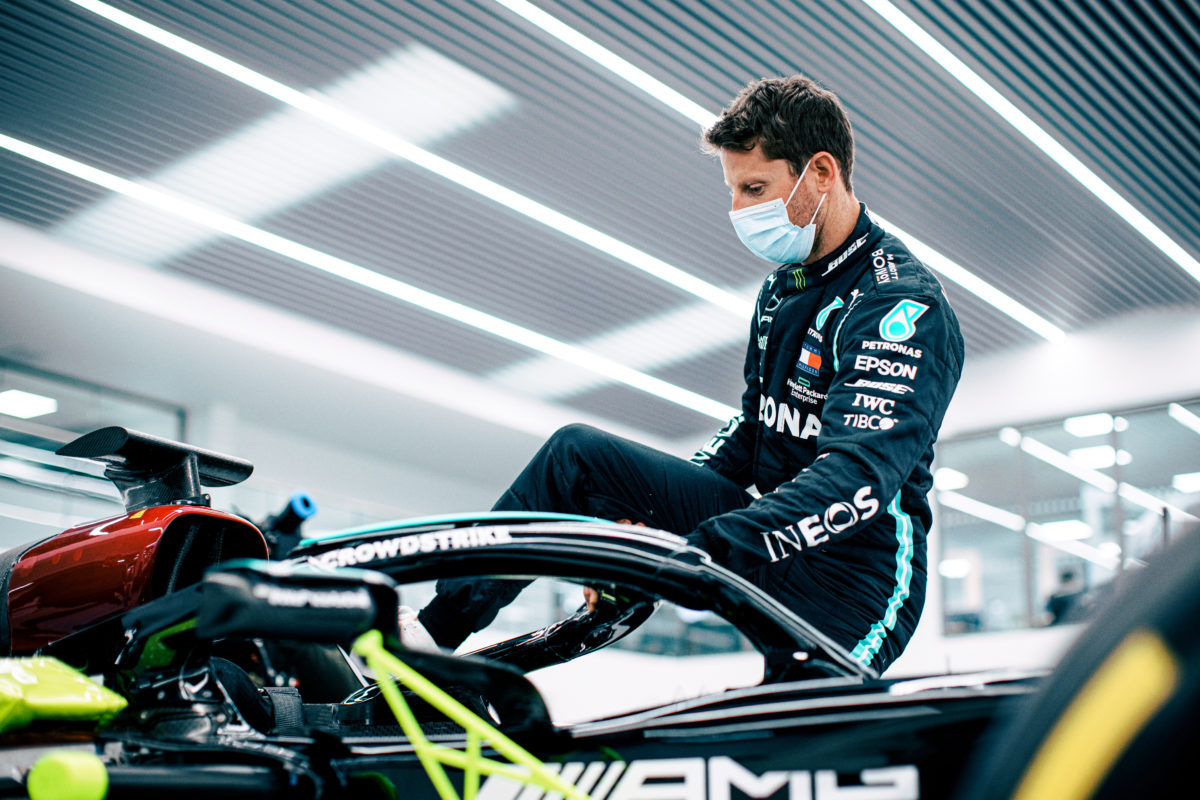 Romain Grosjean will have to wait a little longer to sample Formula 1 machinery again after his test outing with Mercedes was delayed.

The Anglo-German operation announced on social media that travel and quarantine restrictions had put the planned outing on ice for the moment.

“We’re disappointed to announce that @RGrosjean’s Mercedes test has been postponed because of travel restrictions and quarantine requirements,” the team announced on Twitter.

“We’re committed to giving Romain his chance in a Mercedes F1 car and we’re working to reschedule the test later this summer.”

Grosjean was offered the test with the world championship winning team following news that he would not return to F1 after his fiery exit from the Bahrain Grand Prix last November.

Unable to start the final two races of the year because of the injuries he sustained, and not renewed for 2021 by Haas, the Frenchman’s career looked to have ended against the barrier.

Mercedes then reached out, offering Grosjean the chance to drive the car Lewis Hamilton took to the 2019 world championship.

Initially intended to be at Paul Ricard as part of the French Grand Prix weekend, a calendar revision saw the event’s date changed and the race weekend aspects scrapped.

The 35-year-old was slated to test the car at the same venue on June 29.

That will now not take place, with an alternative yet to be announced.