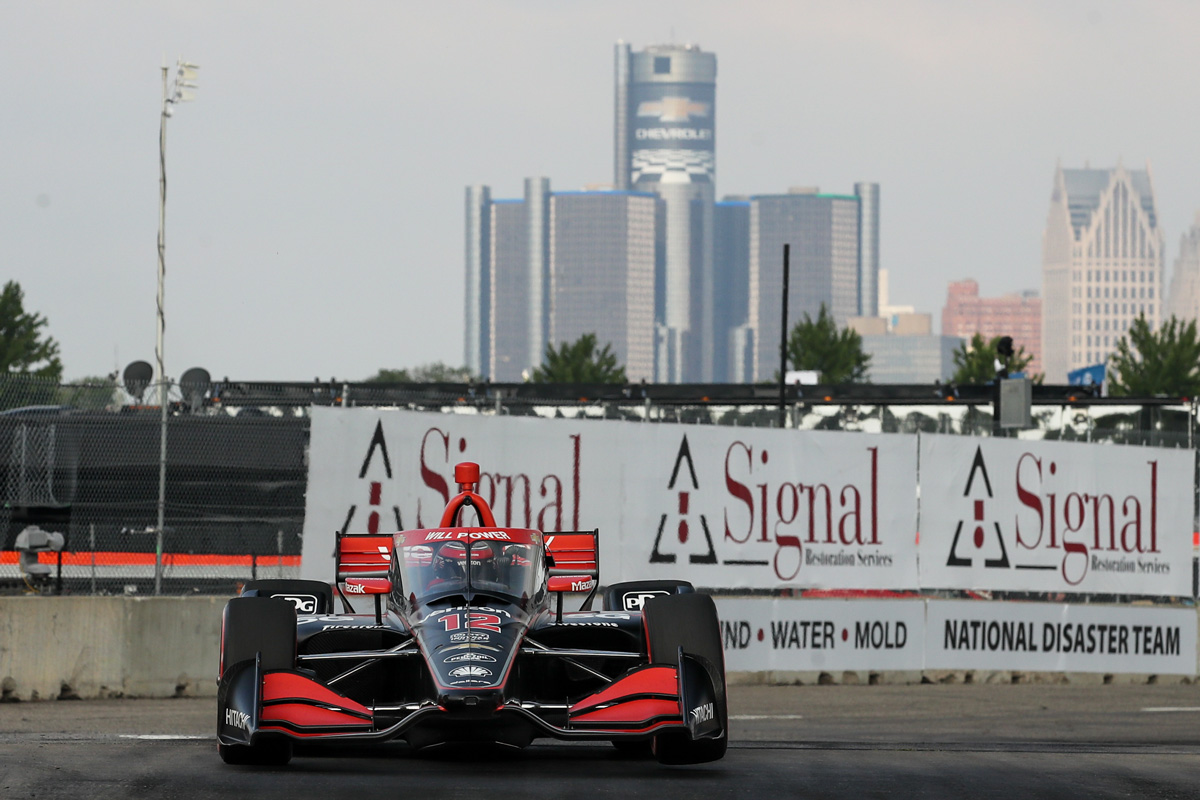 Team Penske has detailed why Will Power’s car failed to restart after a red flag intermission in the closing stages of the Detroit Grand Prix opener on Sunday (AEST).

Power had dominated the second half of the first race at the Belle Isle Street Circuit and was on course to win the 70-lap affair before the stoppage caused by Romain Grosjean’s crash.

As it would transpire, Power could not get his car refired for the race restart. That led to an outburst from the Australian, who blamed IndyCar Series officials for the drama.

He believed an overheating Engine Control Unit (ECU) was to blame for his car not restarting, and that a delay in allowing his crew to cool his car with fans contributed to the drama.

Team Penske has confirmed the cause of the issue, which was ECU-related, albeit, not heat-related.

Speaking with Racer, team managing director Ron Ruzewski said the problem was due to the shutdown procedure.

“What we have discovered is, through the chain of events that happened, when Will was coming to a stop and shutting the car off, it appears that the shutdown sequence was different than expected,” Ruzewski said.

“There has been a known issue for a couple of years, and it can happen on start-up or shutdown. If the sequence is out of order, the ECU can get confused and go into a ‘boot mode’ just like your PC does when it doesn’t like something.

“And if there’s a change in state it doesn’t agree with, it can get stuck, and just like your PC where you’ve got to hold the power button down for five seconds to get it to restart, it was a very similar thing here.”

Ruzewski said the ECU drama came as a result of the Cosworth-made ‘Intelligent Power System’.

That system manages the car’s power and can trip the ECU into the boot mode if the start or shutdown procedure is not done correctly.

Attempts by Power’s crew to get the car to start were to no avail, and none of their actions would have got the car refired.

Instead, the team would have needed a Chevrolet engine technician to reset the ECU. In the end, the team installed a new ECU.

“A couple years ago, Cosworth had recommended some logic be put into the IPSs by the teams to programme in some delays to try and driver-proof the system,” Ruzewski added.

“It seems that there were still some flaws in some of the logic as we had in that car.

“As Will was coasting to a stop, somehow, the ECU got into a boot mode when the car shutdown, and honestly, it had nothing to do with the crew guys starting the car; what had been done was already done.

“And we’d never seen this situation before this, this kind of chain of events, and the only way we would have regained the IPS would have been for the engine guy to plug into the car.”

Power would go on to finish 20th and several laps down, coming back a day later to claim sixth in the weekend’s final race.

The Toowoomba pilot currently lies 11th in the series’ standings without a win to his credit yet.