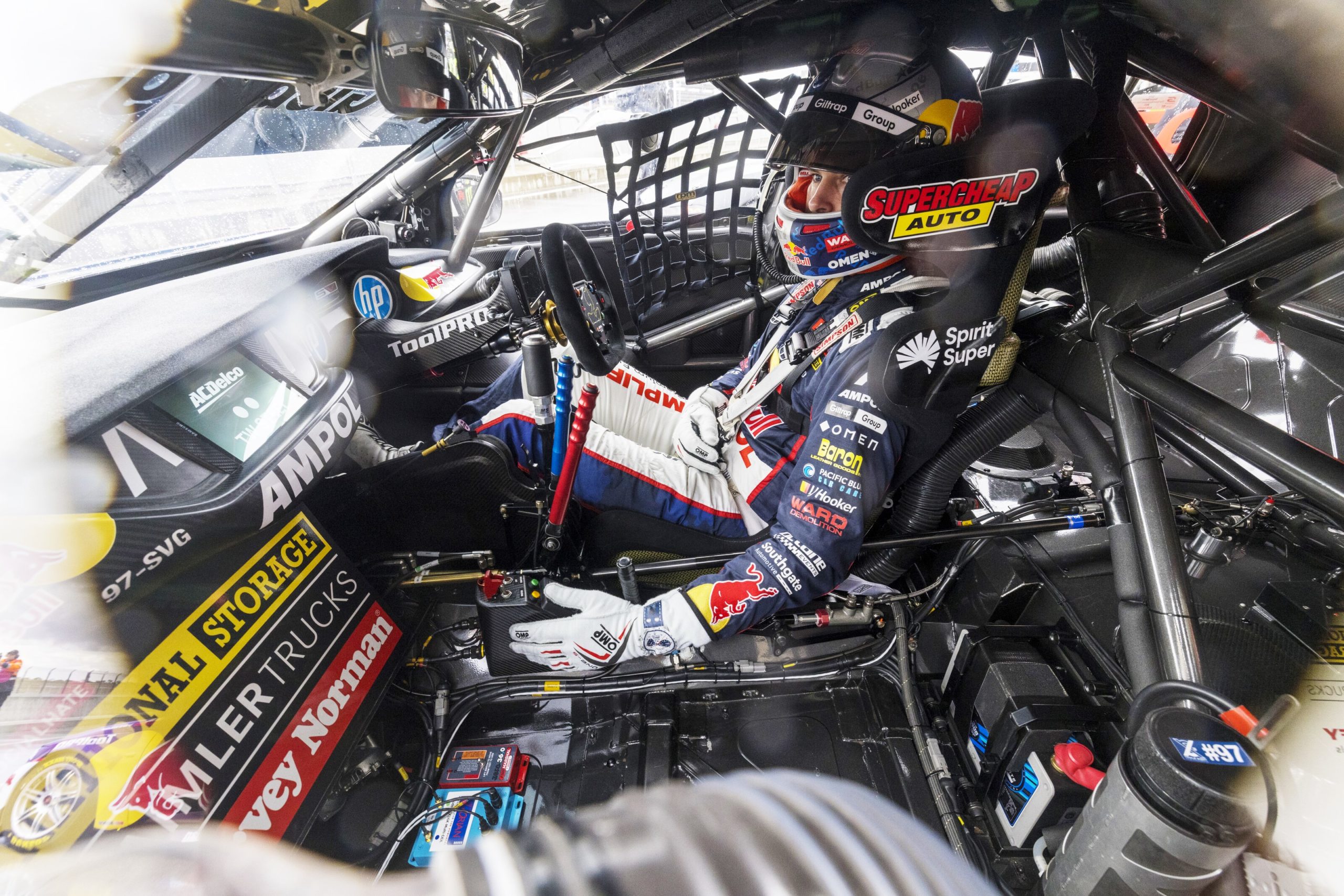 Shane van Gisbergen says it will be a level playing field when Supercars drivers race on the super soft tyre for the first time in Darwin this weekend.

They remain the only two drivers to have driven on the new compound of tyre, which is designed to spice up the racing at circuits with a low degradation surface.

The new super soft compound will have more grip and degrade faster than the soft compound tyre and suffer a sudden drop-off at the end of its life.

While Whincup and Davison could be argued to have the inside running thanks to tyre testing, van Gisbergen says that track time will mean very little come this weekend’s Merlin Darwin Triple Crown.

“It’s the same for everyone,” van Gisbergen told Speedcafe.com.

“All the detail we’ve got from Supercars, what they’ve told us, it is what it is; it’s softer, same tyre, but a softer compound and it goes off quicker.

“So it’ll be faster and go off. It’s the same problem for everyone. You put it on for Practice 1 and you’ve got to get a feel and that’s when the engineering group and the drivers, you’ve got to give the best feedback and react as quickly as you can to make the set-up better.

“That day, I think it was super hot at QR, which will be like Darwin,” he added.

“Supercars were really good. They ran the two cars [at the test] with that stock set-up and took all the data and analysed it themselves and the teams just ran the cars.

“I think it was done pretty well.”

Teams will have the added benefit of practice taking place on Friday rather than Saturday as most sprint events have been run this year.

While van Gisbergen said it’ll give teams and drivers the chance to digest the information, he’s relished the quickfire two-day format.

“It’ll only just give you a bit more time to go through data and be thorough about it,” he explained.

“But I think these quickfire weekends have been great. In that regard, you’ve really seen people react and it’s been interesting to see who starts bad and stays bad or who starts good and turns their car around.

“There’s been some good examples of that. But you just really hope that you come off the trailer good.

“If you’re on a Friday and you got that extra time, yeah, it’s a little bit easier to turn things around because you’ve got more time to think about it.”

Van Gisbergen currently leads the drivers’ championship on 1112 points from team-mate Whincup, who has 922 points to his name.