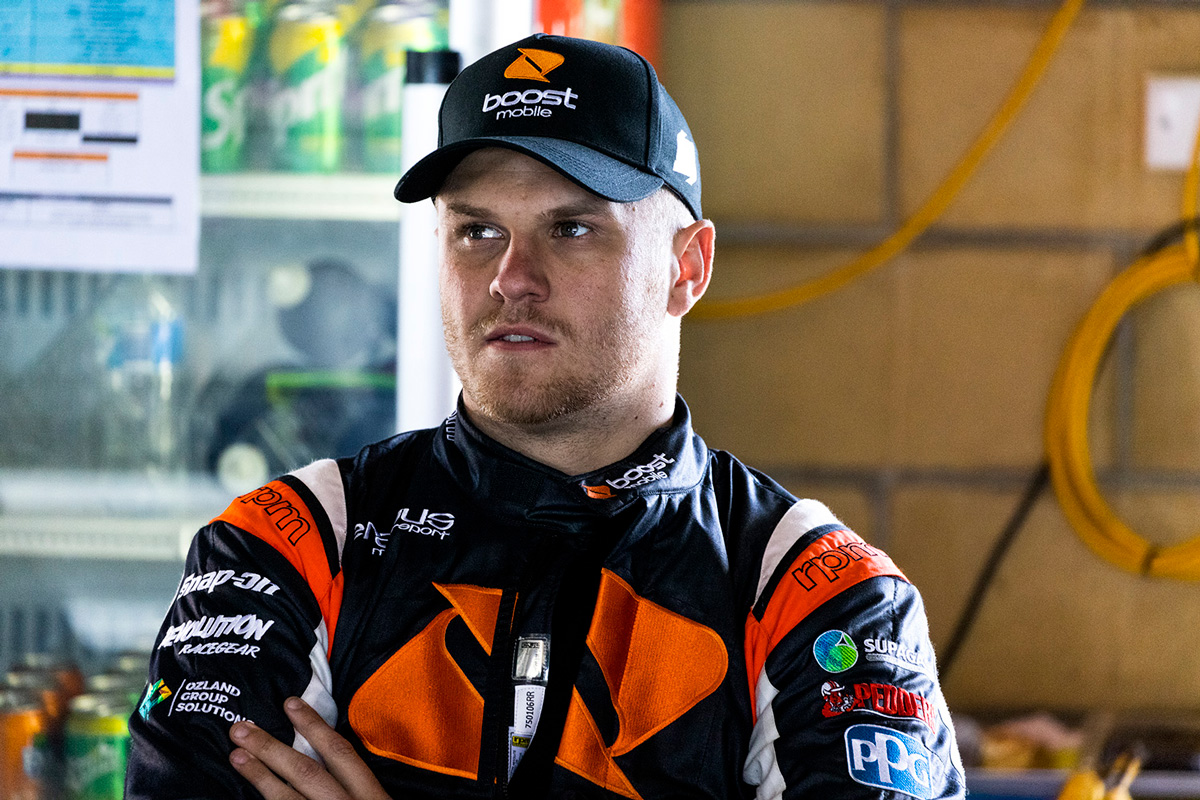 Brodie Kostecki believes developments to his Holden ZB Commodore will put him in good stead for the remainder of his rookie Repco Supercars Championship season.

Kostecki and Erebus Motorsport team-mate Will Brown tested the new components at Winton Motor Raceway recently prior to the scheduled Winton SuperSprint.

However, that event was postponed and means this weekend’s Merlin Darwin Triple Crown will be the first time the pair have raced with the upgraded cars.

“I was really excited to go to Winton,” Kostecki told Speedcafe.com.

“The guys and girls at Erebus did a fantastic job of making some new parts. I was really happy with the test day with the car so I was really looking forward to going to Winton.

“The new bits that we’ve brought have fixed a bit of a weakness that we’ve had throughout the year.

“I think it’ll apply at all tracks. Winton has been a good track for Erebus in the past, it’ll be great to go there eventually and see how we go.”

This weekend’s event at Hidden Valley Raceway will mark two firsts for Kostecki.

The Perth-born pilot has never raced at the Northern Territory track before, nor has he raced on the new super soft compound tyre.

While there’ll be a bit to get his head around, the 23-year-old said he has no concerns heading into the three-day event.

“It’ll be the first time for me at Darwin,” said Kostecki.

“It’s not too difficult to learn new tracks and I’ve had to do it plenty of times in the past. I’m looking forward to it.

“I don’t think that’s going to be a hindrance to someone like Will or myself, both being rookies. I think it’ll be okay for us.

“Everyone is umming and ahhing about what that new tyre is going to do. No one knows for sure.

“I suppose Jamie [Whincup] and Will [Davison] will have a better understanding than most. They tested on it. It’ll be interesting to see how it all plays out.

“It’s always exciting when you get more grip,” he added.

“I don’t think it’ll last anywhere near as long as what we’ve got now.

“Going into qualifying and having more grip than usual, and more degradation in the race, that could make the racing more exciting.”

His season to date has been highlighted by a second place finish at Sandown International Motor Raceway where he impressed in wet conditions.

While he twice finished inside the top 10 at the most recent round at The Bend Motorsport Park, Kostecki says it’s been a bit “up and down” at times.

‘We had a really good start at Bathurst and felt Sandown was great,” he explained.

“We sort of struggled a bit at Tasmania. I made a few mistakes in qualifying at Tailem Bend, but we were able to bounce back in the races.

“It’s been good so far. I’m still working on myself being a rookie and I’m still learning a lot each weekend.

“The two-day formats are pretty tough, but I actually like it. It’s just bang, bang, bang. You’re in the car for the whole day. It’s been exciting so far.”