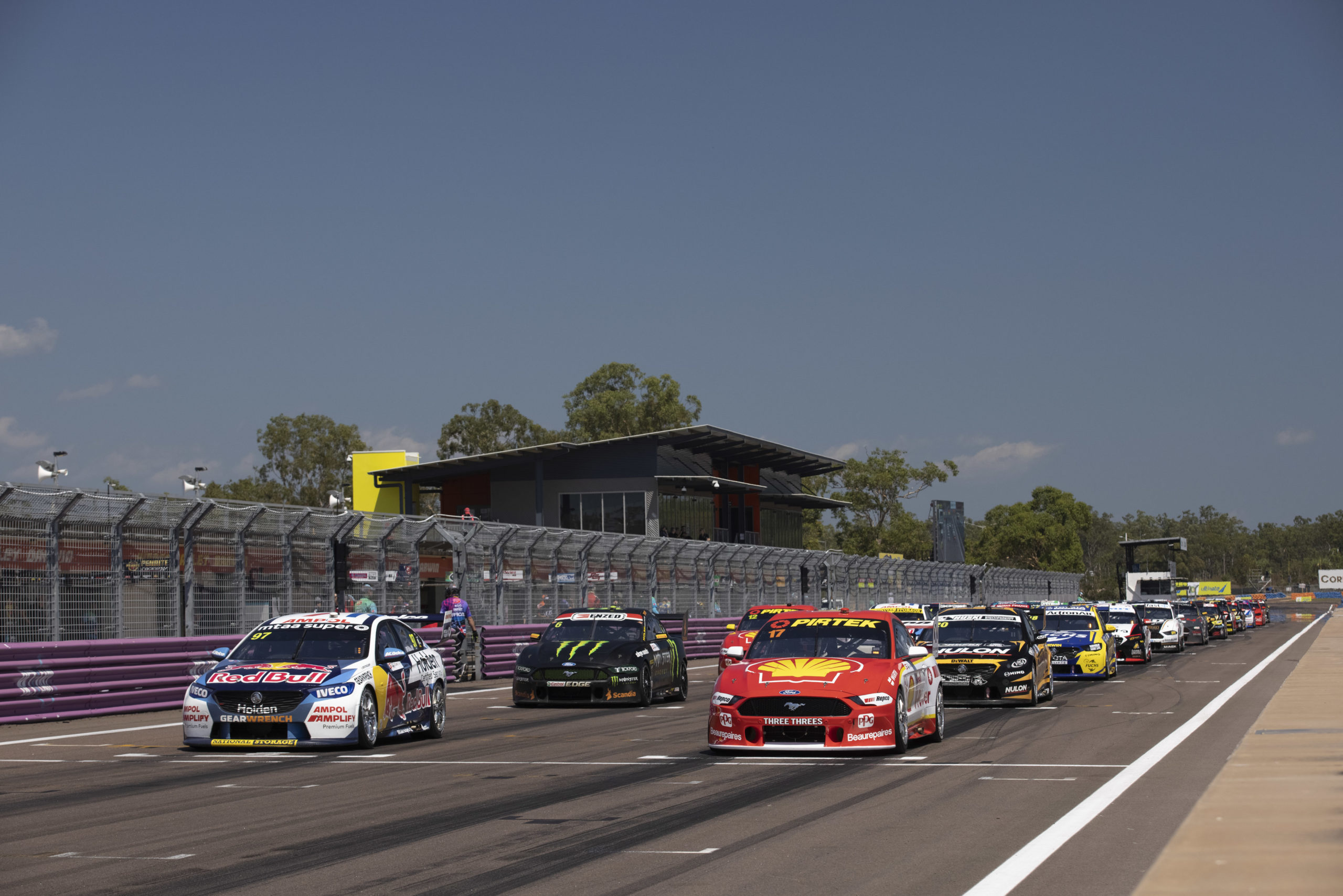 The Repco Supercars Championship will be supported by an eclectic mix of support categories at this weekend’s Merlin Darwin Triple Crown.

Supporting the main act will be the Australian Superbike Championship, Stadium Super Trucks, Combined Sedans, and Nitro Up North.

The addition of entertainment in the form of drag racing and concerts will have action commencing early in the morning and continuing into the evening.

This weekend’s event marks the first time since the season opener that Supercars has taken in practice on Friday.

Two practice sessions have been teed up, allowing teams and drivers a chance to sample the new Dunlop super soft tyre before Saturday and Sunday’s qualifiers and races.

Practice 1 will last 30 minutes while Practice 2 will be 40 minutes long.

Saturday will see Qualifying for Race 12 at 11:35 ACST split into three parts, with the first two elements setting up a Top 10 Shootout for the third.

All three races are scheduled to take in 38 laps of Hidden Valley Raceway..

Coverage of the Darwin Triple Crown will be broadcast on Fox Sports, Kayo, and free-to-air via the Seven Network

Ad breaks will take place as usual with live coverage remaining on screen via a small window in the corner.