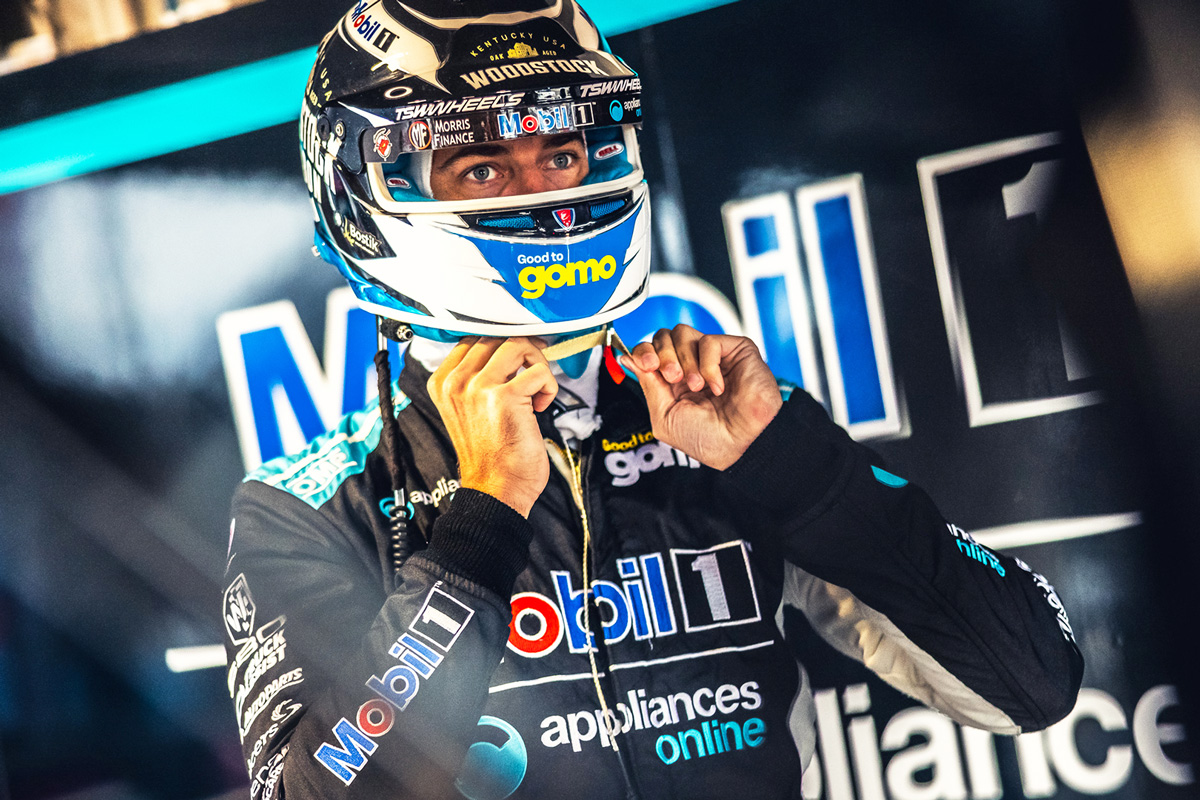 Chaz Mostert has declared he’s got the best seat in Supercars after choosing to extend his tenure with Walkinshaw Andretti United for several more years.

Mostert had emerged as a public target in the sights of Triple Eight Race Engineering, who are searching for a successor to retiring seven-time champion Jamie Whincup.

Speaking at a media conference on the Gold Coast this morning, Mostert was typically cagey when the subject was broached.

“Who’s Jamie and who’s his seat?” he smiled.

“Nah look, it’s one of those things. For me I really feel at home where I am.

“Obviously there’s speculation and some list for some fantastic seat out there but to be honest I think I have got the most prized seat in the category.

“To have a team back you 100 percent and try to make a fast race car and try to achieve goals together, I think I’m very lucky to be where I am.”

Long the golden boy of Ford squad Tickford Racing, Mostert made a high-profile defection to Holden and WAU in the 2019/20 off-season.

What he’s seen in those 18 months was enough to convince the 29-year-old that he should waste no time in committing for the long haul.

“To see the car come out this year and see the potential in it was something I have never really seen in any other team I’ve been involved in before,” said Mostert.

“Not that we have got all of the results on the board that probably deserve to reward those guys for all the hard work they put in the Christmas break.

“But to be part of a team and an organisation like that that really leans on your focus and direction to try to make the cars better and go forward, it was a no-brainer to stay with this team into the future.”

With WAU having solved the track-to-track consistency issues that had plagued them for years – generally being quick on street circuits and uncompetitive on flowing, high-speed layouts – Mostert is adamant that a championship is attainable.

“I wouldn’t re-sign if I didn’t believe 100 percent,” said the driver currently third in the 2021 points.

“If I can do it, that’s another thing… you have got great competition out there, great teams that have the last couple of years won the championship.

“Our team, or our old team heritage, hasn’t won a championship for quite a number of years but they’ve obviously proven in its history that they can do it as well.

“The belief in Ryan [Walkinshaw] himself to obviously bring Zak [Brown] and Michael [Andretti] on the journey, I think we’ve got a raw history and a great team balance and team leaders and all the right ingredients to do it, so obviously it’s up to us to do the job.”

Round 5 of the Repco Supercars Championship will take place this Friday to Sunday at Hidden Valley Raceway in the Northern Territory.