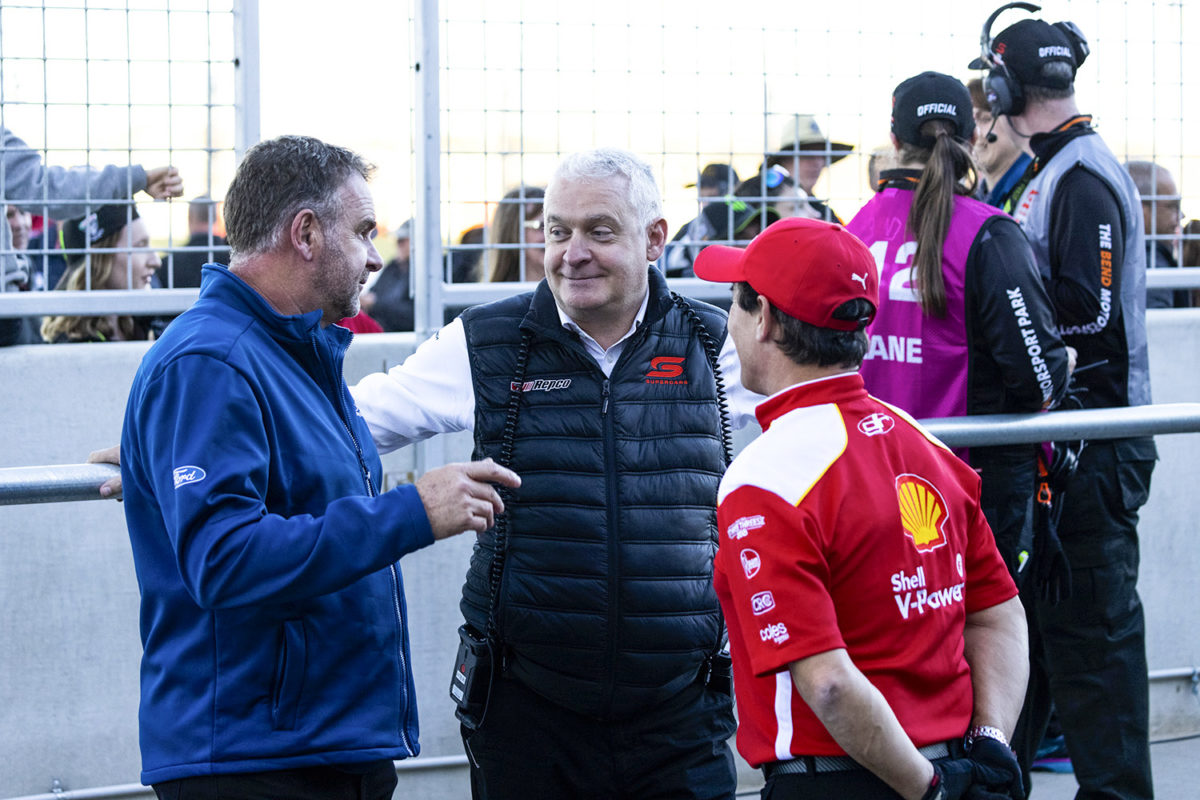 Tickford Racing CEO Tim Edwards has declared Supercars’ decision to delay the racing debut of Gen3 was absolutely the best thing for the category.

Supercars announced earlier this month that an August 2022 timeslot was now being targeted for the Gen3 Mustang and Camaro’s first race meeting.

To many, that has seemed an odd decision with doubts raised over how two completely different generation cars can be used in a single championship.

Edwards though is adamant that the move will be the best thing for teams and fans alike.

“For a start, the teams all fully support what Supercars have elected to do,” Edwards told Speedcafe.com.

“It’s not as though they’ve gone and we have an opposing view. Everybody is across it, everybody thinks it is the right thing.

“And the other thing is, the reality is, we’re still debuting these cars in early 2022, we’re just electing not to race them straightaway.

“People are going to see these cars running around with the team liveries on way before we go racing with them in the middle of the year.”

Edwards believes Gen3 will shake up the pecking order and that can only be a good thing, even if it has the potential to change the course of the 2022 title race.

“We will have had ample opportunity to test these cars before we go racing with them… so everybody has got the same opportunity to be as competitive as they were,” Edwards said.

“And look, there’s no doubt it will upset the traditional pecking order as any new car does.

“So, I could put my selfish team hat on and say well, if I’m leading the championship and I’m not as competitive afterwards, that impacts my team, but you know what? Most of the teams have a broader view than that.

“We’re all thinking about the series and the fact is, for the fans, well it’s a better thing, isn’t it?

“Yes, it might change the championship outcome from somebody who might be dominating and then doesn’t dominate afterwards but for the show, which is what people turn on and watch our sport for, it’s going to be a good thing.”

As for the workload on teams, Edwards added the decision will have a positive effect.

“The workload on the team, contrary to what other people have said, is actually less because trying to rush them [you would] not have any Christmas holidays because you’re not only building the car, you’re building spares and all that sort of stuff,” he said.

“By delaying the racing of them, it actually gives the teams a better window to prepare for it.

“So from a team’s perspective, it couldn’t have worked out better.”

Gen3 prototypes are due to begin testing this August at Sydney Motorsport Park.

The 2021 Repco Supercars Championship will continue this weekend with the Merlin Darwin Triple Crown at Hidden Valley Raceway.