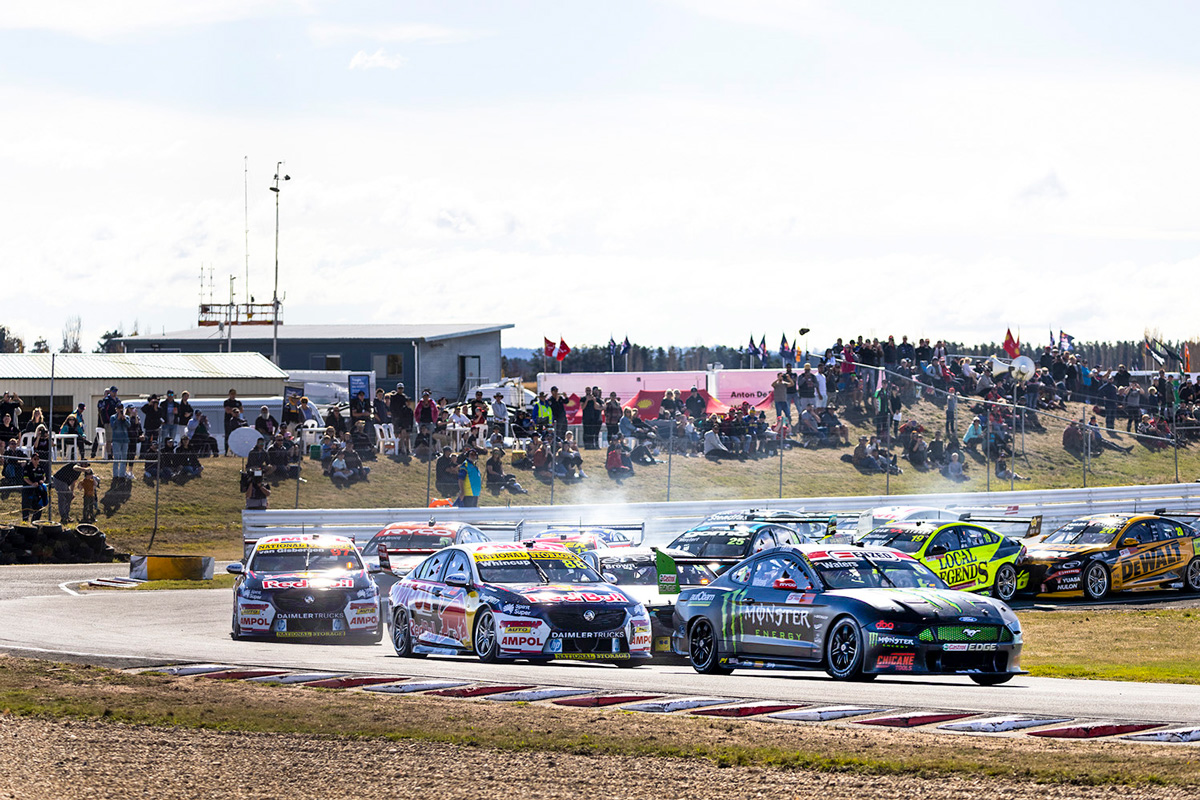 Tickford’s Cameron Waters leads the field away in Symmons Plains

Supercars is remaining silent on the topic of whether it will release the two Racing Entitlement Contracts it had put up for tender.

Powerbrokers discussed the situation at a meeting last Wednesday but it appears a decision is yet to have been finalised, or at least conveyed.

That’s despite what appears a relatively straightforward situation whereby it’s believed two bids were made for two available RECs, in a tender process that closed nearly a month ago (May 21).

The two known bids were made by existing teams, Tickford Racing and Matt Stone Racing. That would take those squads to four and three cars, respectively, in 2022.

It’s understood there has been resistance from some influential parties to increase the grid size, which in turn would slightly lessen the dividends associated with each licence.

Supercars had a legal obligation to put the shelved RECs up for tender by June 30 this year but were not obligated to actually sell them.

More information has been flagged to be made public in the coming days, but there’s a feeling within the industry that the longer the situation drags on, the more chance there is of a negative outcome.

Fans have long wished for a return to more cars in Australia’s premier motor racing category – and it’s unlikely to be received well if Supercars opts to not expand despite such serious interest.

The 2021 Repco Supercars Championship is the third successive season with just 24 cars on the grid week in, week out.

While some argue there’s not enough sponsors in the market to share between an additional two cars, it’s suggested that the bigger the show is, the more scope there is for attracting new revenue.

Tickford has been tight-lipped throughout the process, while MSR boss Matt Stone remains optimistic despite the delay in learning of any developments.

“We’re currently in our fourth year in the main game and are always looking to grow and give more opportunities for young talent to crack into Supercars.

“We’ve got the capacity to run three cars and have plenty of time to get ourselves sorted for 2022, so hopefully we hear something soon.”

There will be 26 top-tier cars in action this weekend at the Merlin Darwin Triple Crown, with Tickford and Walkinshaw Andretti United fielding wildcards for Thomas Randle and Kurt Kostecki, respectively.