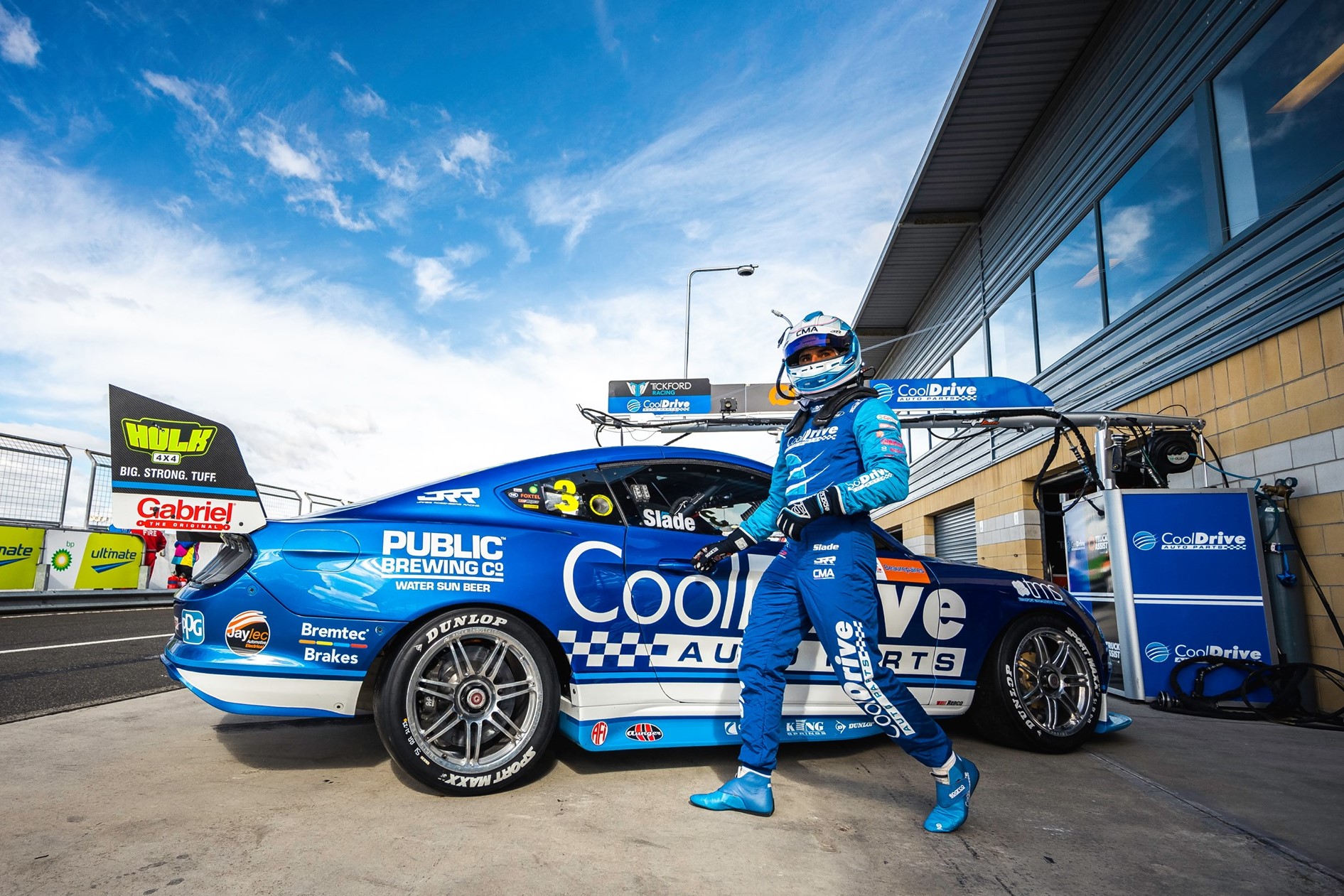 A monster crash, a chassis swap, a staffing shortage, and an unplanned COVID-forced roadtrip. The Blanchard Racing Team has had an uphill start to 2021, but it’s all good according to driver Tim Slade.

Four events into this year’s Repco Supercars Championship and Slade has climbed his way from last to 20th.

It was a bittersweet start to the season that saw the team excel in qualifying, Slade putting the #3 CoolDrive Racing Ford Mustang on the front row.

As was well documented, Slade crashed heavily in the team’s first race at Mount Panorama, which subsequently led to a chassis change.

The team has been short-staffed too, unable to find a full-time mechanic and at times required to have relatively inexperienced ring-in crew members for race weekends. Race engineer Mirko De Rosa has taken on an increased workload to lead the weekday mechanical duties.

Regardless, Slade is happy with what the team has been able to achieve in its short existence, as it prepares for a return from a six-week break in Darwin this weekend.

“I’ve felt all along that we ticked all the right boxes with as good a box as you can tick as a customer team with the equipment, with the people, just everything else,” Slade told Speedcafe.com.

“Bathurst only compounded the workload for a small team at the start of the year. Then it’s made even harder when we can’t get full-time mechanics.

“So I think we’re probably doing pretty well, all things considered. It’s good that we can be disappointed.

“I think it just shows the level that we’re all working to, when you come out of a race weekend and you pick what went wrong rather than high-fiving each other with P7.” 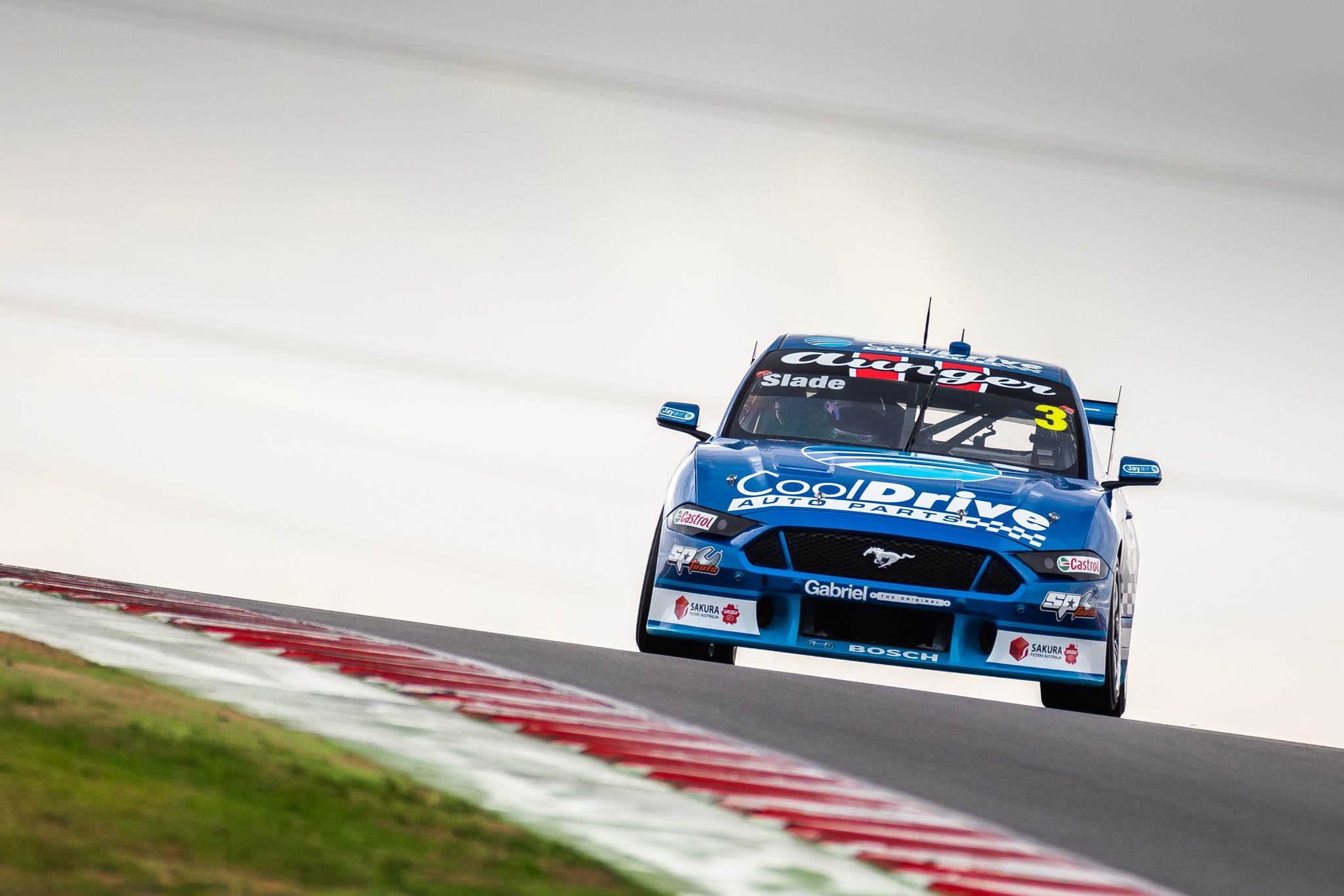 Slade’s best result this season remains his most recent, a seventh place finish in Race 11 at The Bend Motorsport Park last month.

A podium looked likely for the team in its debut weekend at Bathurst, though that crash put paid to those hopes so early on.

While the team hasn’t gotten back to that pace, Slade believes there have been encouraging signs at Sandown, Symmons Plains, and Tailem Bend.

“I really feel as though every weekend we’ve had this year, we’ve had good potential,” Slade explained.

“It’s just a matter of minimising the mistakes and putting it all together and getting results. A bit of on-track stuff stopped us from doing so [at The Bend], but yeah, it’s promising.”

The pit stop sequence is a key area with room for improvement, the #3 having lost time in the lane on several occasions this year.

In years past, mistakes in the pit lane have been covered by refuelling. However, with refuelling taken out of the equation for all SuperSprint events this year, the margin for error is slim.

“We’re getting better, but yeah, we do lose time,” said Slade.

“It’s just the situation that we’re in. We can’t really ask for too much more, given that we’re a new team… you’re comparing yourself to the best guys in the business that have done it for a massively long time.”

BRT was one of six Victorian teams forced to go on the road earlier this month due to the COVID-19 situation that had been escalating in their home state.

With the Winton SuperSprint postponed, it will have been six weeks between events by the time Slade takes to the track at Hidden Valley Raceway on Friday for the opening day of the Merlin Darwin Triple Crown.

Slade has two prior podium finishes in the Northern Territory.