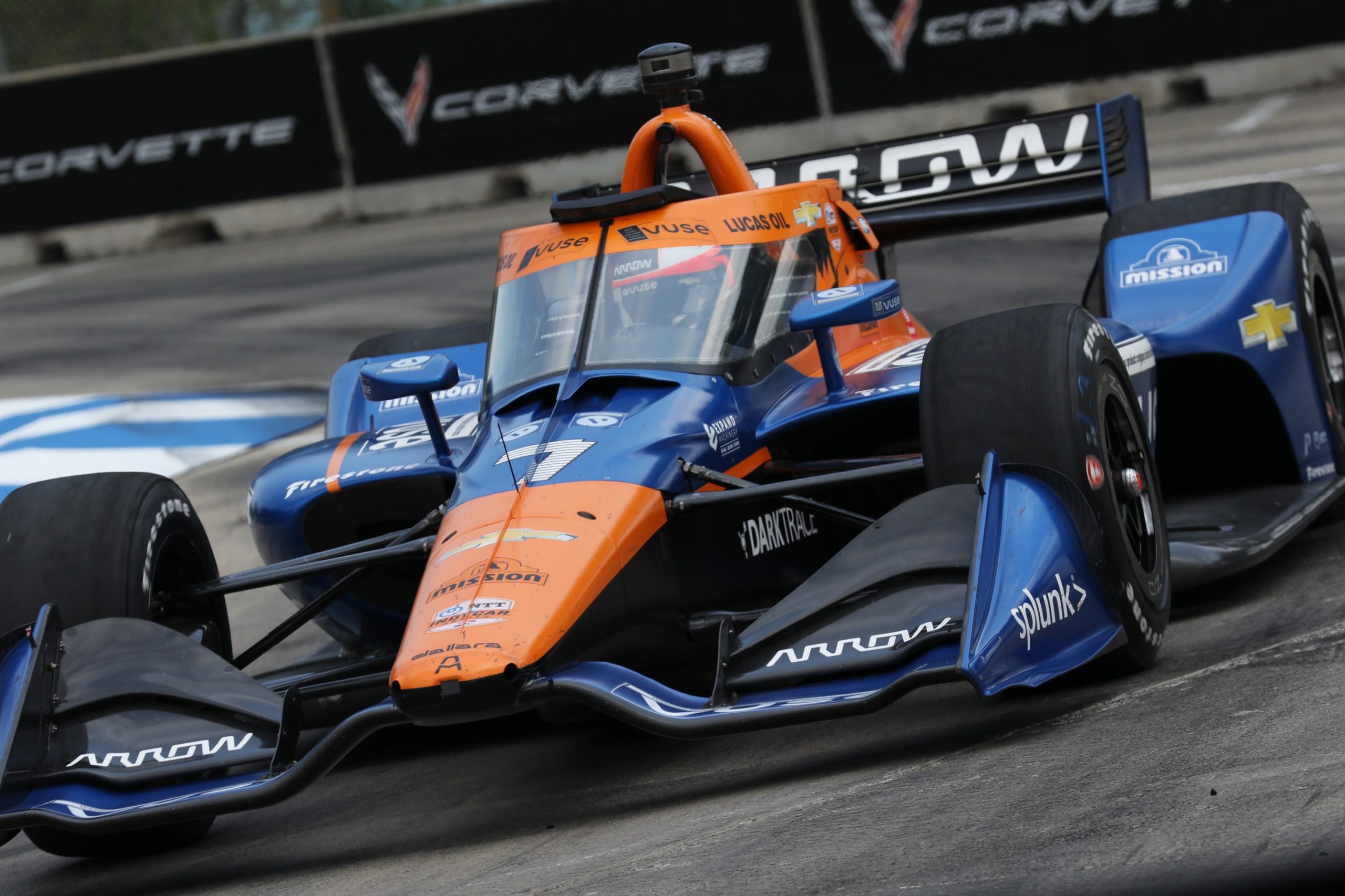 McLaren SP has confirmed neither Felix Rosenqvist nor Chevrolet were at fault for the heavy crash which hospitalised the Swedish driver in Detroit.

There were scary scenes as Rosenqvist rounded Turn 6 in the Detroit Grand Prix opener on Saturday (local time) when the Swede seemingly lost control of the car.

The Chevrolet-powered Dallara IR-18 suddenly accelerated through the corner unabated, slamming into the outside wall at high speed.

Such was the force of the collision that a concrete barrier fell over and a tyre bundle nearly leapt over the catch fence.

In a statement, McLaren SP confirmed the incident was the result of a freak mechanical failure.

“Following the accident involving Felix Rosenqvist in Race 1 of the Chevrolet Detroit Grand Prix today on Belle Isle, the team has undertaken a detailed examination and investigation into the cause,” the statement read.

“As a result, the team has eliminated driver error or any issues related to Chevrolet systems and software, including involving the throttle system.

“The sequence of events has been clearly established and the root cause identified as a singular, non-recurrent mechanical fault.

“The remedy has already been implemented and the team is confident that the issue is now fully resolved.”

Rosenqvist was taken to Detroit Receiving Hospital complaining of soreness following the crash at the Belle Isle Street Circuit.

Team-mate Pato O’Ward went on to win the second 70-lap race of the weekend, who paid tribute to Rosenqvist on the podium.