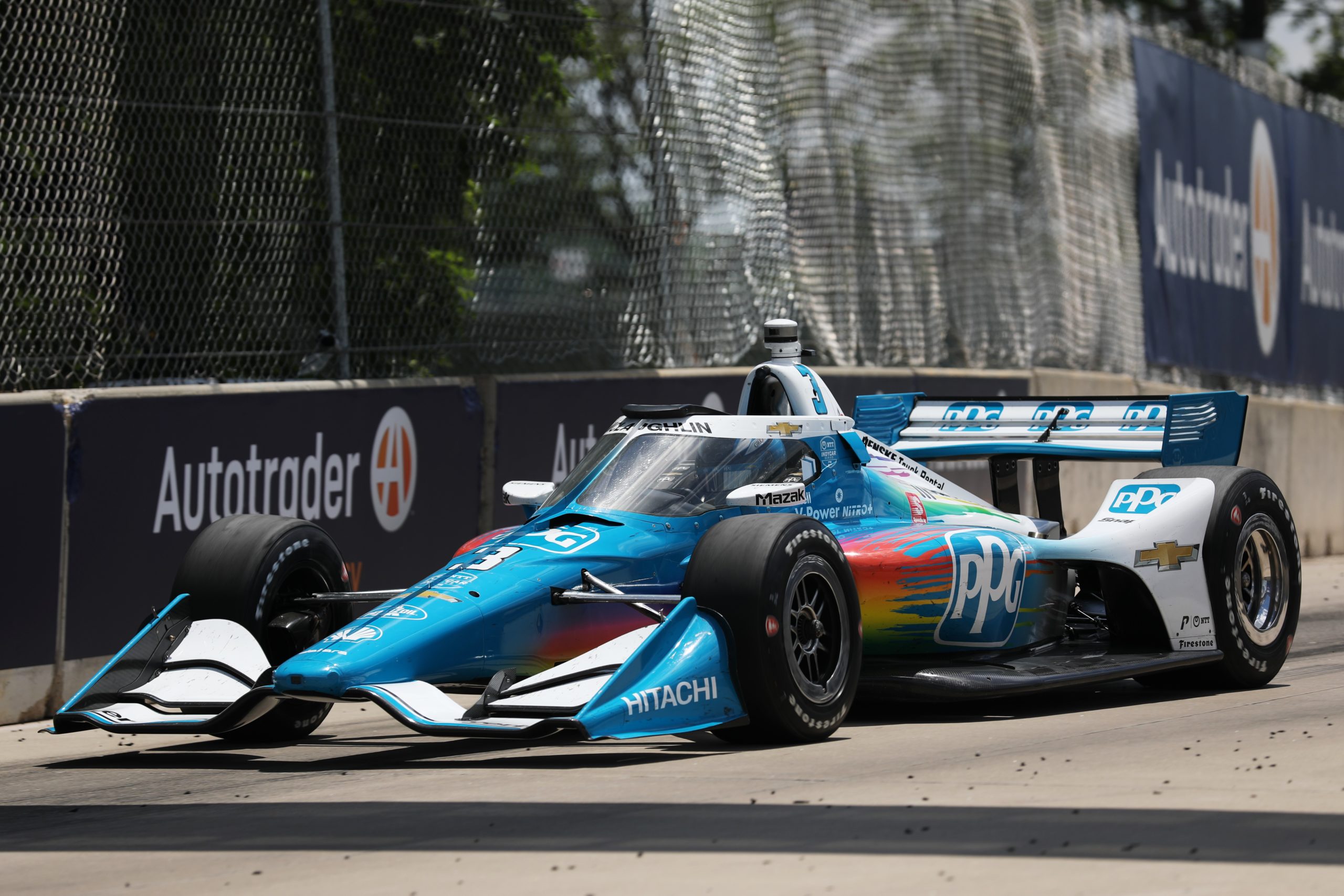 Scott McLaughlin has fallen to 12th in the points

Scott McLaughlin’s hopes of a strong end to the Detroit Grand Prix were dashed when he suffered a puncture in the closing stages of the weekend’s closing race.

McLaughlin had been fighting for 15th on the Belle Isle Street Circuit when he and Ed Carpenter Racing driver Rinus VeeKay made wing-to-wheel contact.

With a slow leak on the right rear tyre, the Kiwi was forced to bring the #3 into the pit lane for an unscheduled stop in the midst of his last stint.

Ultimately, the 29-year-old would wind up 20th and one lap down at the completion of the 70-lap affair.

“It was another difficult day out there on Belle Isle,” said McLaughlin.

“After starting 21st we got up to mid-pack, around 12th or 13th, on strategy and unfortunately had a cut tyre midway through the last stint after some contact.

“It wasn’t my best race, but it wasn’t my worst. This is one of the toughest weekends of my career, but something I can build on.

“A character-building weekend, for sure. We have some good road courses coming up that I know the PPG Chevy will be strong on, so I have my focus on those.”

The puncture capped off a torrid run for the series rookie on the streets of Detroit.

A crash just five laps into the sole practice session of the weekend put him on the back foot going into Saturday’s qualifying where he would wind up 23rd.

McLaughlin then hit the wall with his left rear wheel while on the fringe of the top 10 in the afternoon’s race, forcing him to pit for repairs before finishing three laps down in 19th.

It was a similar story on Sunday as he qualified 21st before the puncture and 20th place finish.

After back-to-back low scoring outings, McLaughlin has fallen out outside the top 10 in the standings to 12th, behind fellow Team Penske pilot Will Power.

The IndyCar Series heads to Road America on June 20 (local time), a circuit that McLaughlin recently tested on.