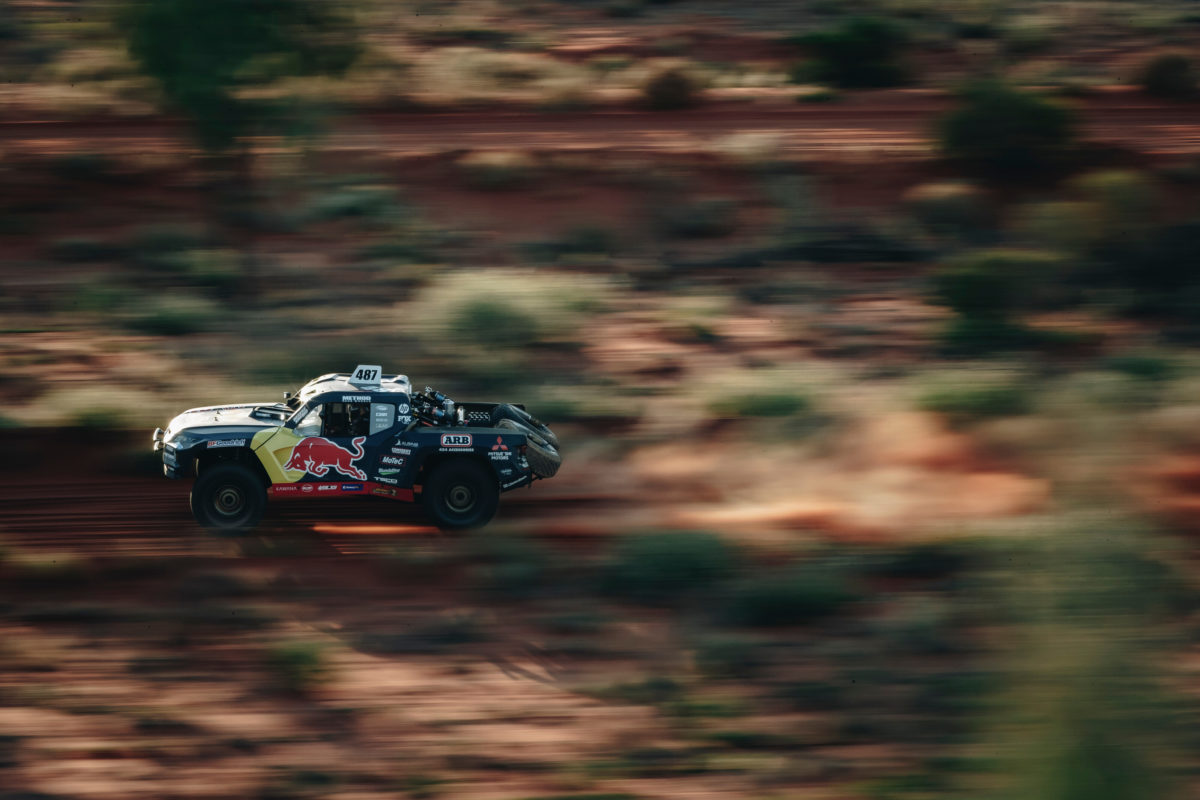 Toby Price has become the first person to win the Tatts Finke Desert Race on both two wheels and four after securing victory in his Mitsubishi Triton trophy truck.

Already a six-time King of the Desert in the motorcycle division, Price has finally triumphed in the cars after a near-miss last time the event was run, in 2019.

Then and now, the two-time Dakar champion was fastest in the prologue and on the outbound leg to Aputula, the latter of which he completed in record time.

However, a mechanical problem on the way back to Alice Springs threatened to once again bring Price undone.

With his truck overheating, Price started to play conservative, but that brought the second-placed Josh Howells back into the hunt.

Despite departing Aputula more than a minute apart, Howells caught the #487 Red Bull-backed entry midway through the 226km track.

That made for a nervous finish, and Price would cede almost a minute to the BFGoodrich Motorsport Australia Off Road Championship leader on the return leg.

Nevertheless, with a margin overnight of more than two minutes, he still won the event by 1:19.5s to book his place in history.

It was a victory shared with Joseph Weining and Triple Eight Race Engineering’s Mark Dutton, who the offroad superstar counted as navigators during the event.

“About 100km out, the engine water [temperature] just started fluctuating and having heaps of dramas, so we just tried to preserve it and look after the truck,” explained Price.

“Then Josh got on the back of us, and I thought ‘it’s now or never’ and we were either going to cook the motor or get to the finish line. But we’re here.”

The second placing for Howells and Eric Hume matched the result they achieved in the 2019 Finke.

“We gave it everything we’ve got… I’m stoked to be back on the podium,” said the former.

“Credit to my navigator Eric, every call he made was spot on. We don’t run on GPS, we’re just running on memory.

“We caught Toby and I thought there must have been some kind of issue for us to catch him in that section there, but then he put his foot back down and there was no catching him.”

The bikes were due to set off for the return to Alice Springs from 11:45 local time/12:15 AEST, although emergency services began responding to an incident on the track before that time.

Round 3 of the BFGoodrich Motorsport Australia Off Road Championship is the Can-Am Loveday 400 in South Australia on July 23-25.